Renia Zylberszac poses with friends in the Dabrowa ghetto. 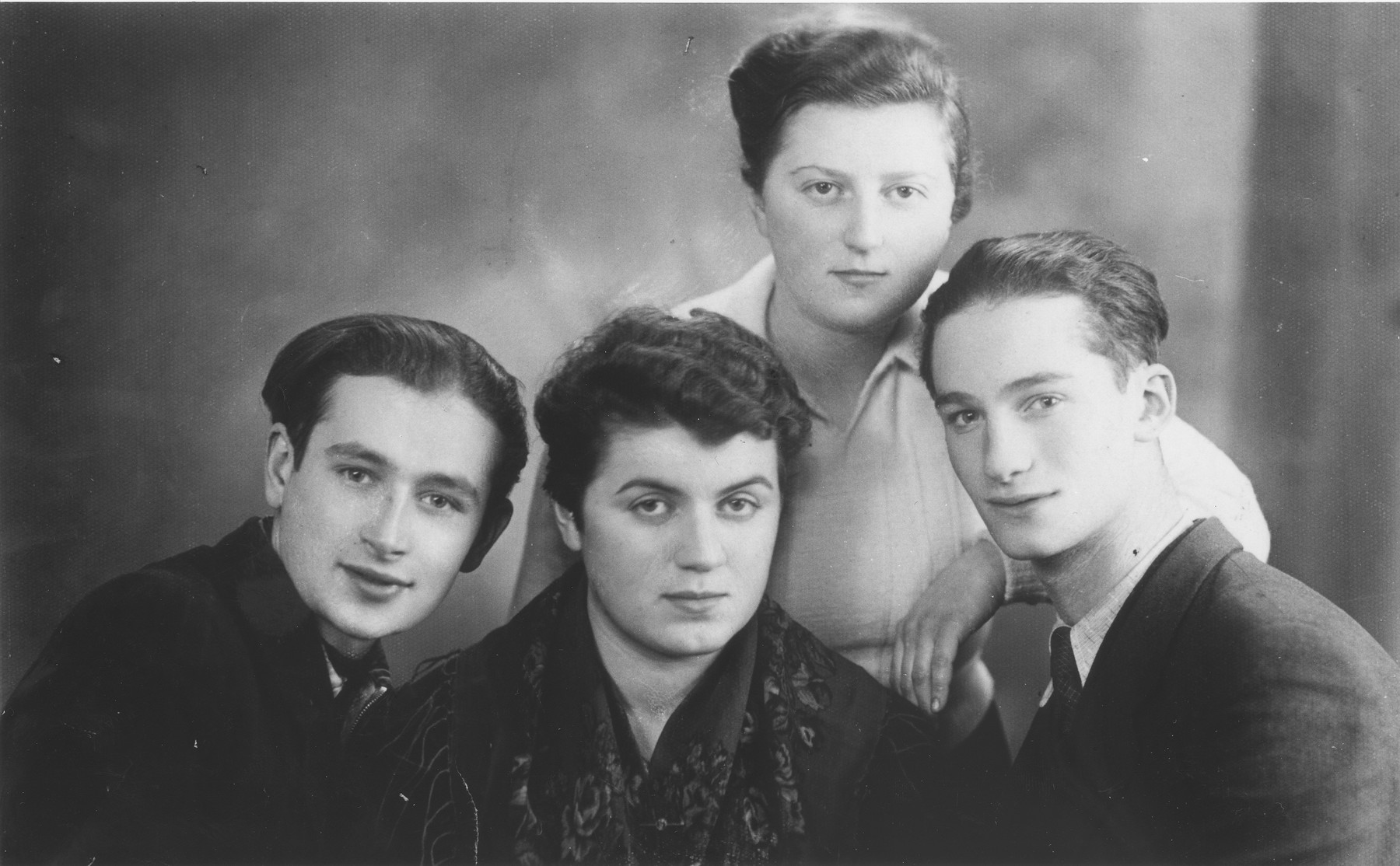 Renia Zylberszac poses with friends in the Dabrowa ghetto.

https://encyclopedia.ushmm.org/content/en/article/german-administration-of-poland. https://encyclopedia.ushmm.org/content/en/article/ghettos-in-poland.
Biography
Rina Nadel (born Renia Zylberszac) is the daughter of Josef and Roza (Tobiasz) Zylberszac. She was born March 14, 1926 in Tel Aviv, where her father owned a hardware store. Renia had two siblings: a brother, Noah, who died in 1934, and a sister, Mira (b.1935). Renia's father had immigrated to Palestine from Poland in 1921. After living in Tel Aviv for four years, he went back to Poland briefly to get married and returned to Palestine via Cairo in 1925. Subsequently, the family returned again to Poland and was caught in Dabrowa when the war broke out. The Zylberszacs lived in their home on Sobieskiego Street until 1941, when they were confined to the ghetto. In March 1943 Renia was sent for forced labor in Germany. She spent one year at a textile factory in Gelenau before being sent to Langenbielau, a sub-camp of Gross Rosen. From there she was transferred to a second sub-camp, Peterswaldau, where she was liberated by the Soviets on May 8, 1945 at the age of nineteen. Soon after the war, Renia returned to Dabrowa and found her father. He had survived imprisonment at the Gleiwitz labor camp. Her mother and sister, however, both perished in Auschwitz. Renia then went to live in Sosnowiec with three cousins, while awaiting an immigration certificate to Palestine. Two years after her liberation, on May 30, 1947, Renia sailed legally to Palestine on board the SS Providence. The following year, on September 7, 1948, she married Zvi Nadel.