Portrait of two young women in the Dabrowa ghetto. 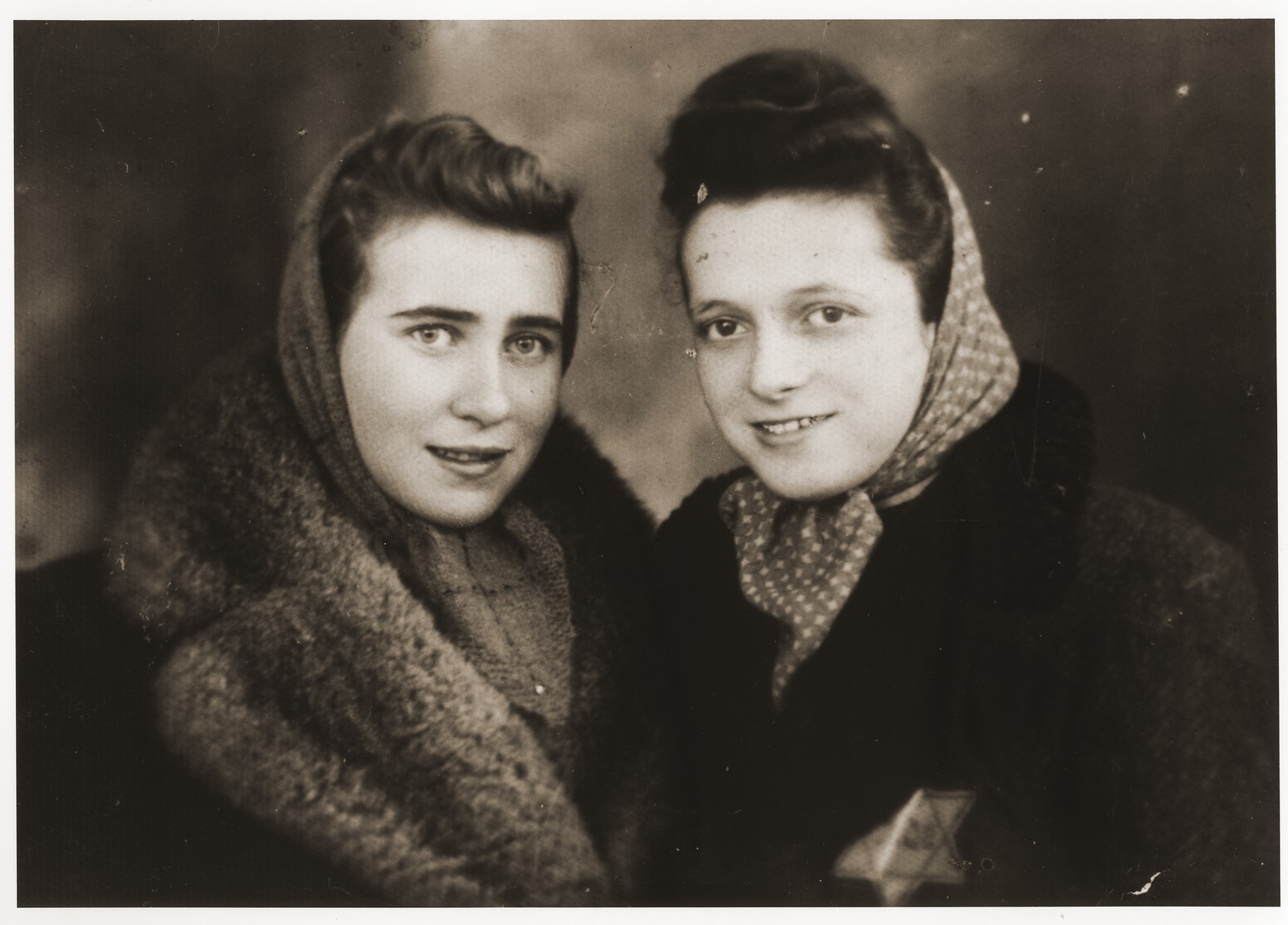 Portrait of two young women in the Dabrowa ghetto.

Pictured on the left is Ala Zylbersztajn.

https://encyclopedia.ushmm.org/content/en/article/german-administration-of-poland. https://encyclopedia.ushmm.org/content/en/article/ghettos-in-poland.
Biography
Hadasa Goldreich (born Ala Zylbersztajn) is the daughter of Mosze and Zisl (Erlich) Zylbersztajn. She was born December 28, 1926 in Dabrowa Gornicza, where her father was a baker. Ala had three younger siblings: Edzia (b. 1935), Pola (b. 1936) and Henius (b. 1940). Edzia and Pola were deported to their death in Auschwitz in 1942. Zisl and Henius were deported and killed the following year. After leaving the Dabrowa ghetto in 1943, Ala was sent first to Gelenau, a sub-camp of the Flossenbuerg concentration camp and then to Langenbielau, a sub-camp of Gross-Rosen. She was liberated from Langenbielau at the age of eighteen. After the war Ala returned to Dabrowa and then joined a Shomer Hatzair Zionist collective in neighboring Sosnowiec (Antek Zukerman was also a member). Later, Ala made her way to Genoa, Italy, where she met Marek Goldreich. The couple married in January 1948, and the following December, immigrated to Israel.