Seventh grade students and teachers pose in their classroom at the public school on Narutowicza Street in Dabrowa Gornicza. 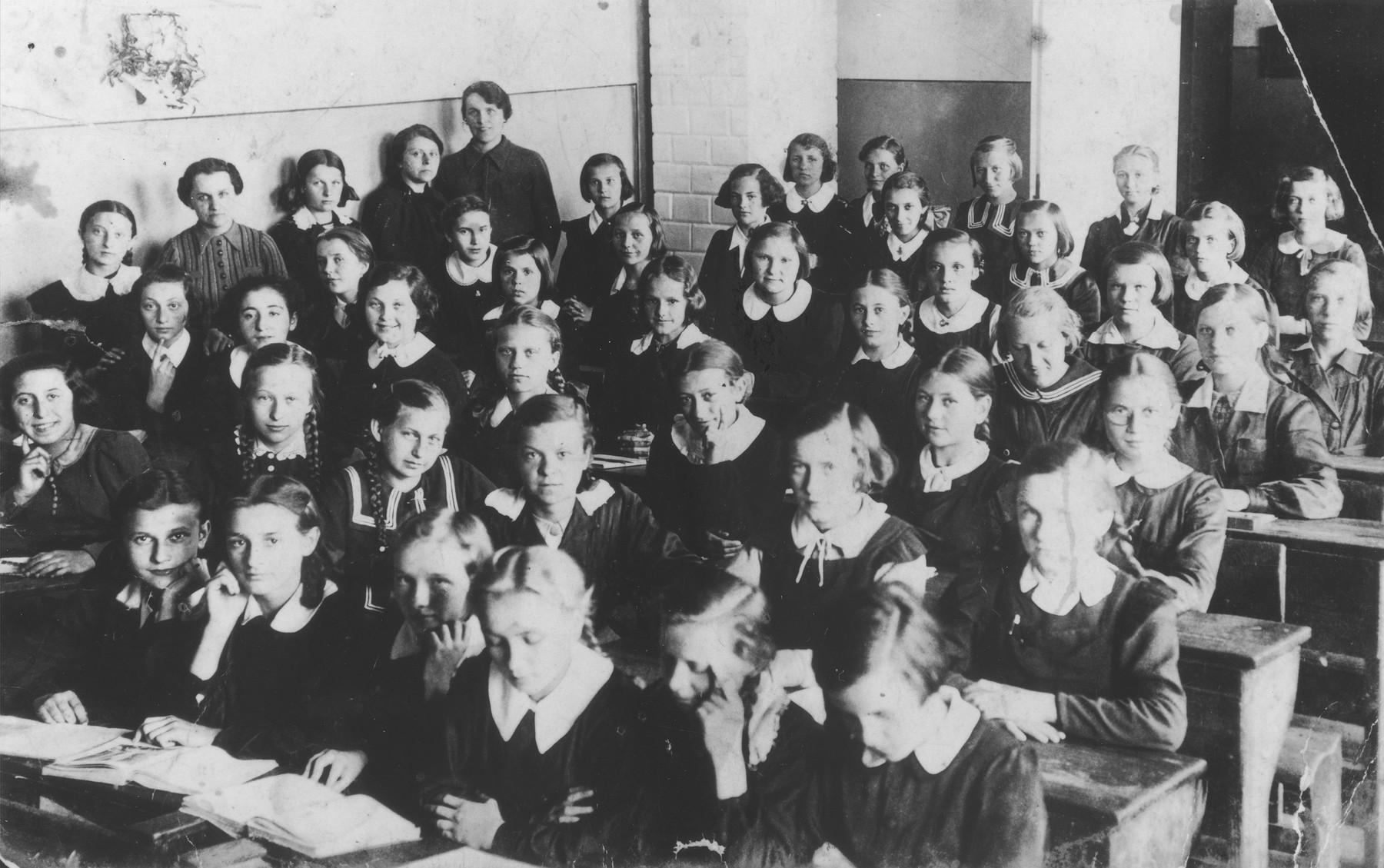 Seventh grade students and teachers pose in their classroom at the public school on Narutowicza Street in Dabrowa Gornicza.

Biography
Zosia Mortenfeld (born Zosia Putersznyt) is the daughter of Berek and Natalia Putersznyt. She was born on September 10, 1925 in Dabrowa Gornicza where her father was a shoemaker. She had one older brother, Szlamek, who was born on January 18, 1923. Zosia remained in Dabrowa until December 1941. At that time she was deported to the Oberaltstadt concentration camp, a sub-camp of Gross Rosen, where she remained for the next three years. As a punishment she was transferred for one year to Parschnitz, another sub-camp of Gross Rosen, and then returned to Oberaltstadt, where she was liberated by the Red Army on May 8, 1945 at the age of 19. After the war she went to the Reichenbach displaced persons camp, where she was reunited with her brother. Both of her parents were deported to their death in Auschwitz in August 1943. Zosia later married Moniek Mortenfeld, a survivor from Piotrkow Trybunalski.