Prisoners at forced labor building airplane parts at the Siemens factory in the Bobrek labor camp. 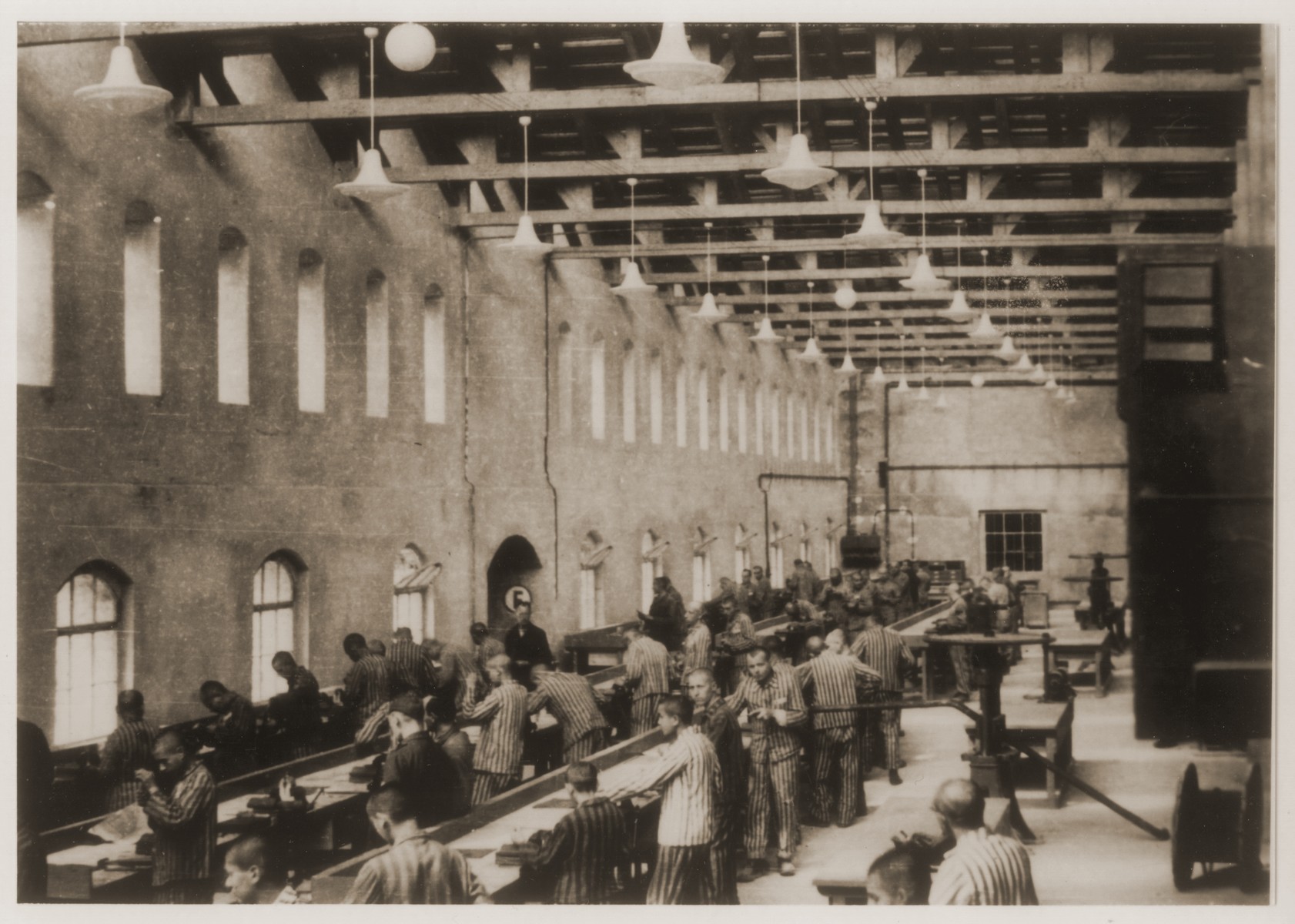 Prisoners at forced labor building airplane parts at the Siemens factory in the Bobrek labor camp.

David Stein is pictured in the row to the right, with his back to the camera; his brother Charles is in the same row, fourth from the left, facing the camera.

Event History
The Siemens factory in Bobrek, a sub-camp of Auschwitz, employed 220 male prisoners from Auschwitz, mostly Jews and a few Polish prisoners. There were also 37 were Jewish women. Other factory workers included Paul Sheffer, Michelin Gilbert and Erik Altman. On January 18, 1945 Germans evacuated the factory and sent the prisoners on a death march to Gleiwitz. From there they were taken to Buchenwald, where some of them remained until liberation; others were sent on to Berlin.

"Bobrek" in Encyclopedia of Camps and Ghettos, Volume 1 Part A.
Biography
Charles Stein is the son of Mendl and Brandl Stein. He was born in 1928 in Metz. He had three brothers: Adolf (b. 1915), Leon (b. 1919) and David (b. 1926). In 1939 when French civilians were evacuated from the Lorraine, the family moved to Monceru les Minas located on the German-French demarcation line. Charles' father then moved to Lyons, and the rest of the family was preparing to follow him, when a German order was issued to deport all Jews from the town. The Steins escaped with the help of a sympathetic German soldier. The family stayed in Lyons until 1944 when the Jewish community was rounded-up for deportation. Brandl, Adolf and Leon were able to escape, but Mendl, David and Charles were arrested and sent to Drancy. On February 3 all three were sent to Auschwitz and arrived there on February 6. Mendl was killed immediately, but David and Charles were selected for forced labor. (Charles was tattoed with the number 173369.) Both brothers were sent to the Siemens factory in the Bobrek sub-camp. There they obtained work as apprentice mechanics. David later died in Birkenau on June 6, 1944. Charles was sent on a death march to Gleiwitz. From there he was sent to Buchenwald, where he was liberated on April 11, 1945. He returned to France on April 30, where he was reunited with his mother and two brothers.