Studio portrait of the Szpira family in Sosnowiec, Poland. 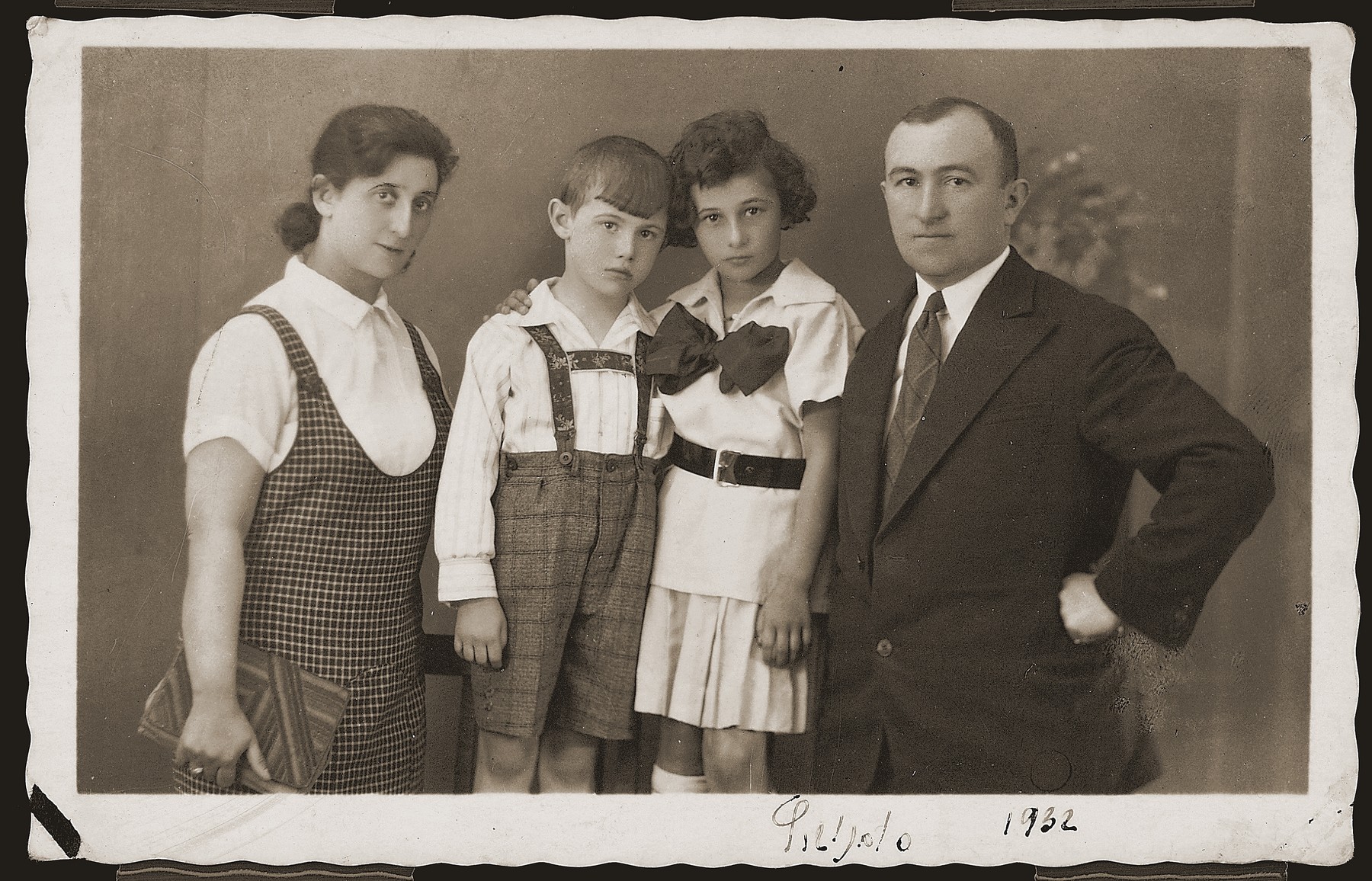 Studio portrait of the Szpira family in Sosnowiec, Poland.

Pictured are Aron and Estusia (Szwajcer) Szpira and their two children.

Biography
Hersch (now Zvi) Szwajcer is the son of Yehuda Lajbus Szwajcer and Rachel Leah Mocznik. He was born on January 3, 1921 in Sosnowiec Poland where Yehuda worked a s a merchant. He also was head of the community Kehilla in the 1930s, a member of the municipal council and served for five years a chairman of the Talmud Torah, a school that provided Jewish education to some 400 boys. Hersch had two brothers and three sisters: Yitzhak (b. 1907-08), Yaakov (b. 1908), Guta (b. 1913), Genia (b. 1923) and Hadasa (b. 1929). Hersh stayed in Sosnowiec until 1942. He then was sent to a monile labor brigade in Bautrup-Saybusch. He was next in Annaberg, Germany for one week and Graditz for three months. He spent the remainder of the war in Grossbilau Sportschule until his liberation by the Soviets on May 8, 1945 at age 24. Hersh returned to Sosnowiec after his liberation and resumed working as a textile merchant in his fathers' old store that was returned to him. He remained there until he was recruited to fight for Etzel. In March 1949 he immigrated to Israel. Hersch's parents, brother Yitzhak and two youngest sisters, Genia and Hadasa, all were killed in Auschwitz. His sister Guta survived and married Moshe Toronczyk in Lodz.