Five-year-old Bedrich Deutsch talks on a toy telephone to his friend Eva Nassau. 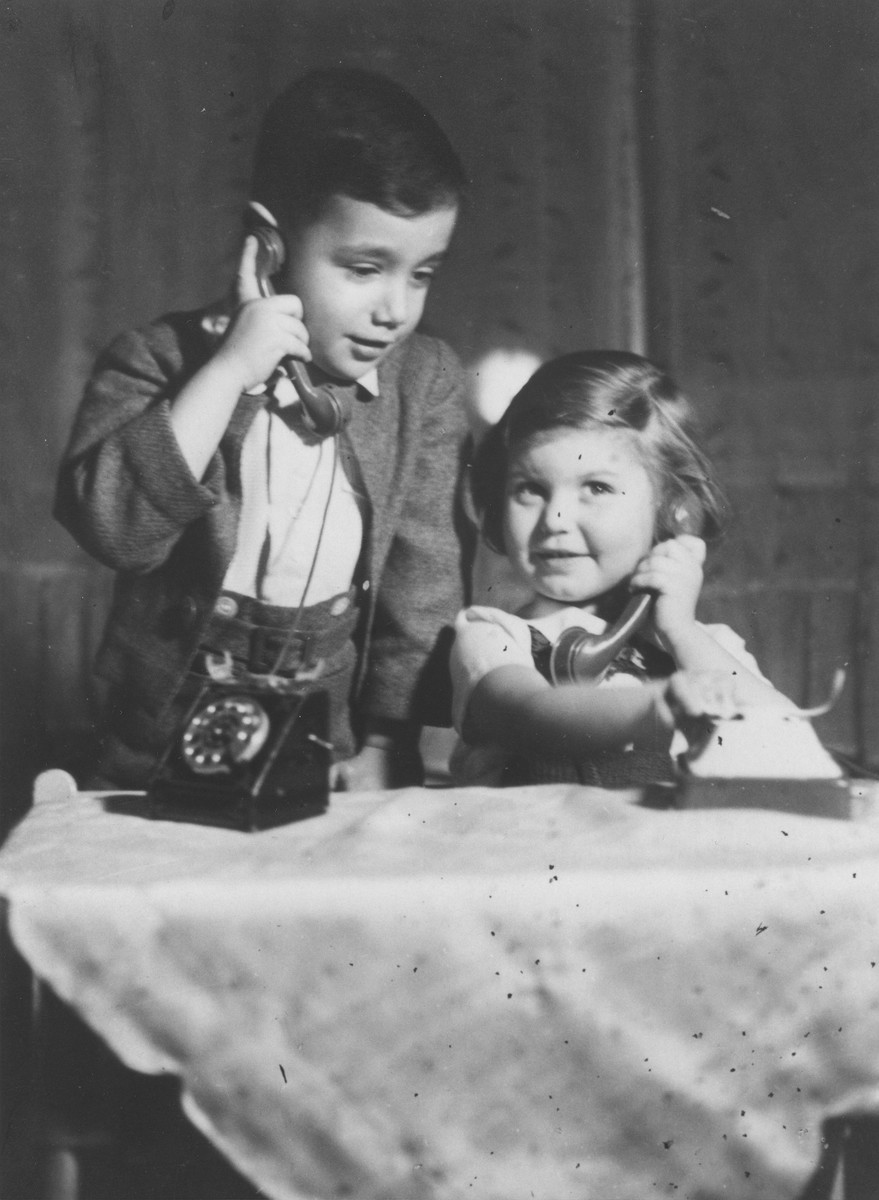 Five-year-old Bedrich Deutsch talks on a toy telephone to his friend Eva Nassau.

Eva Nassau is the daughter of a Jewish lawyer who was a friend of the Deutsch family. She survived the war.