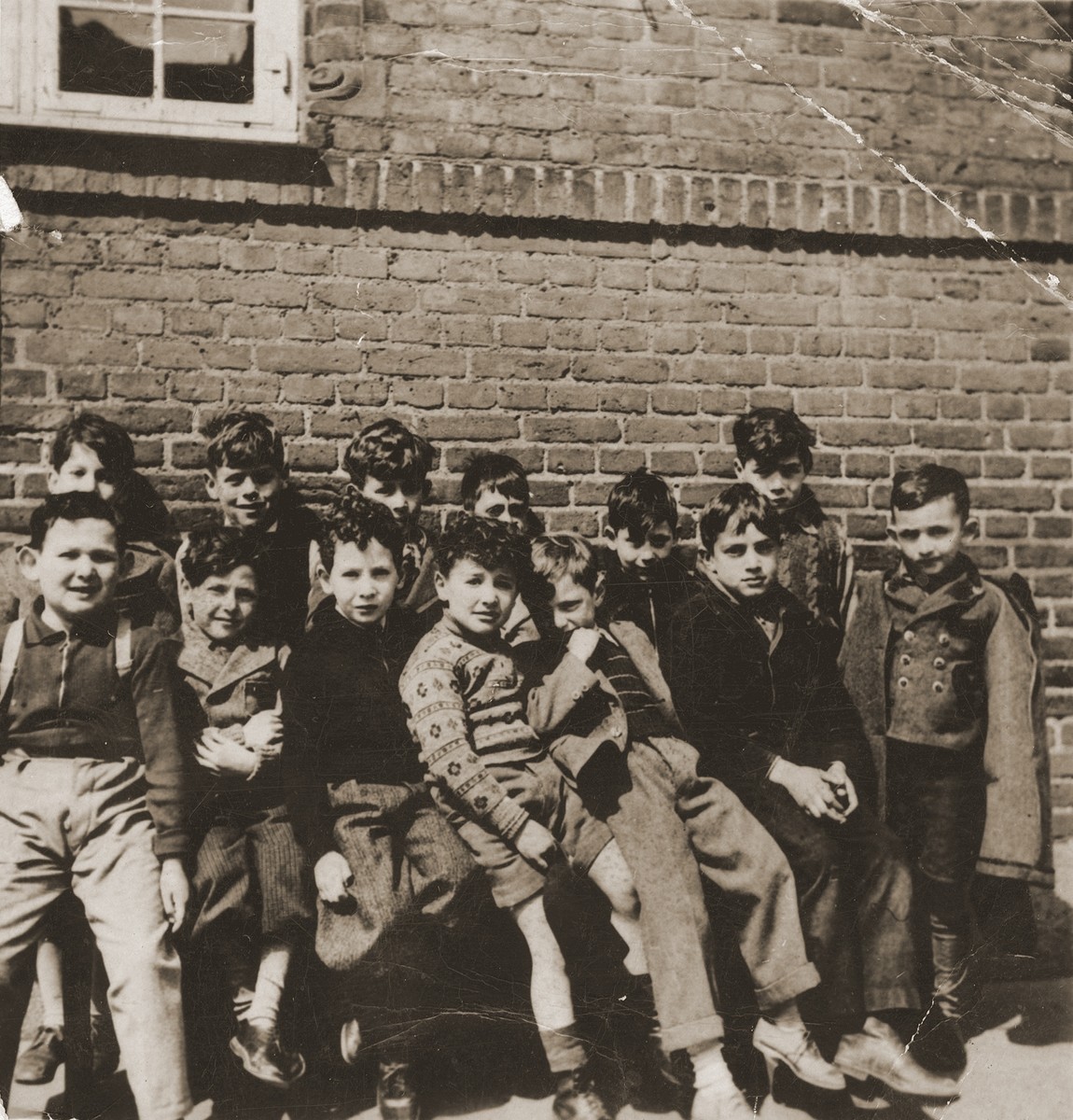 Seated in the front row center is Gus Goldberger.

The Mosaic School for Boys and the Caroline School for Girls were established in the beginning of the nineteenth century for the purpose of acculturating the children of Russian Jewish immigrants into Danish culture. Though most of the teachers were not Jewish, the school also taught Jewish history and religion.