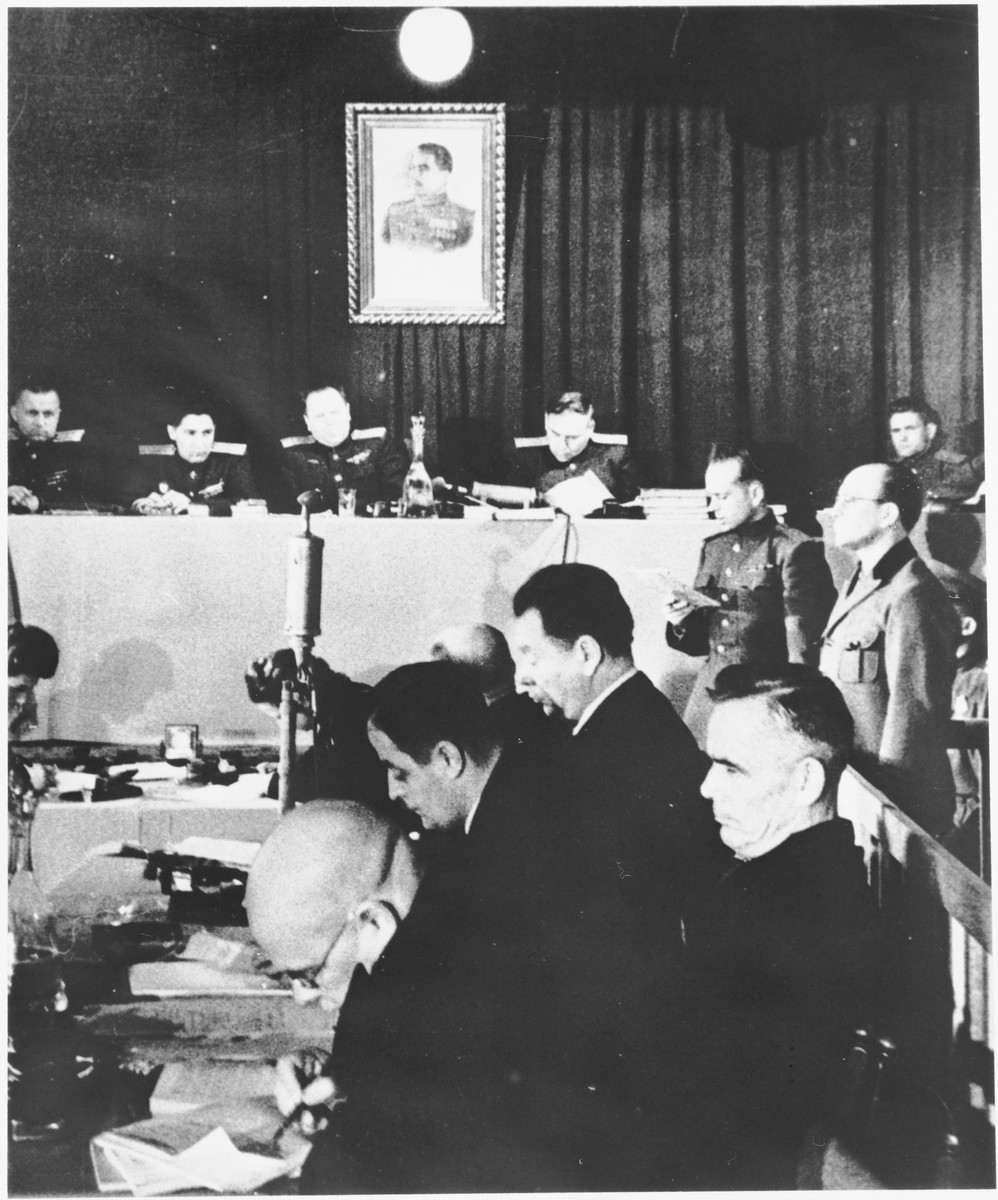 Event History
On October 23, 1947 fifteen former Sachsenhausen concentration camp personnel and one former prisoner were brought to trial before a Soviet Military Tribunal in Berlin. Among the defendants were Anton Kaindl, the former commandant, and Paul Sakowski, a kapo who had served as an executioner. The findings were announced on November 1, 1947 after only a brief trial. All sixteen were found guilty. Fifteen of the defendants were sentenced to life in prison with forced labor and one, to fifteen years in prison with forced labor.
https://www.ushmm.org/wlc/en/article.php?ModuleId=10007776.
Biography
Anton Kaindl was born in Munich in 1902 and joined the Waffen-SS in 1935, serving in the SS-Totenkopf Brigade (later the Totenkopf Division). He later joined the Nazi Party in 1937. In the fall of 1941 he served as an SS inspector in concentration camps, and from 1942 until 1945 he served as the commandant at Sachsenhausen. There, he oversaw the extermination of Soviet POWs and civilians of other German-occupied nations by hanging, shooting, gassing, and lethal injections. He subjected prisoners to forced labor and starvation, and organized the transfer of fifteen thousand prisoners to Auschwitz, Majdanek, and other camps to be exterminated. In the fall of 1943 he ordered the gas chambers to be built and authorized scientific experiments on prisoners. In February 1945 he was ordered to exterminate all prisoners, and as a result, by the end of the month, he had transferred eleven thousand prisoners to Bergen-Belsen. Finally, on 21 April, he ordered the killing of the rest of the prisoners by shooting or by death march. Following his trial by a Soviet Military Tribunal, he was sentenced to life in prison with forced labor.