A member of the court staff at the Sachsenhausen concentration camp war crimes trial in Berlin. 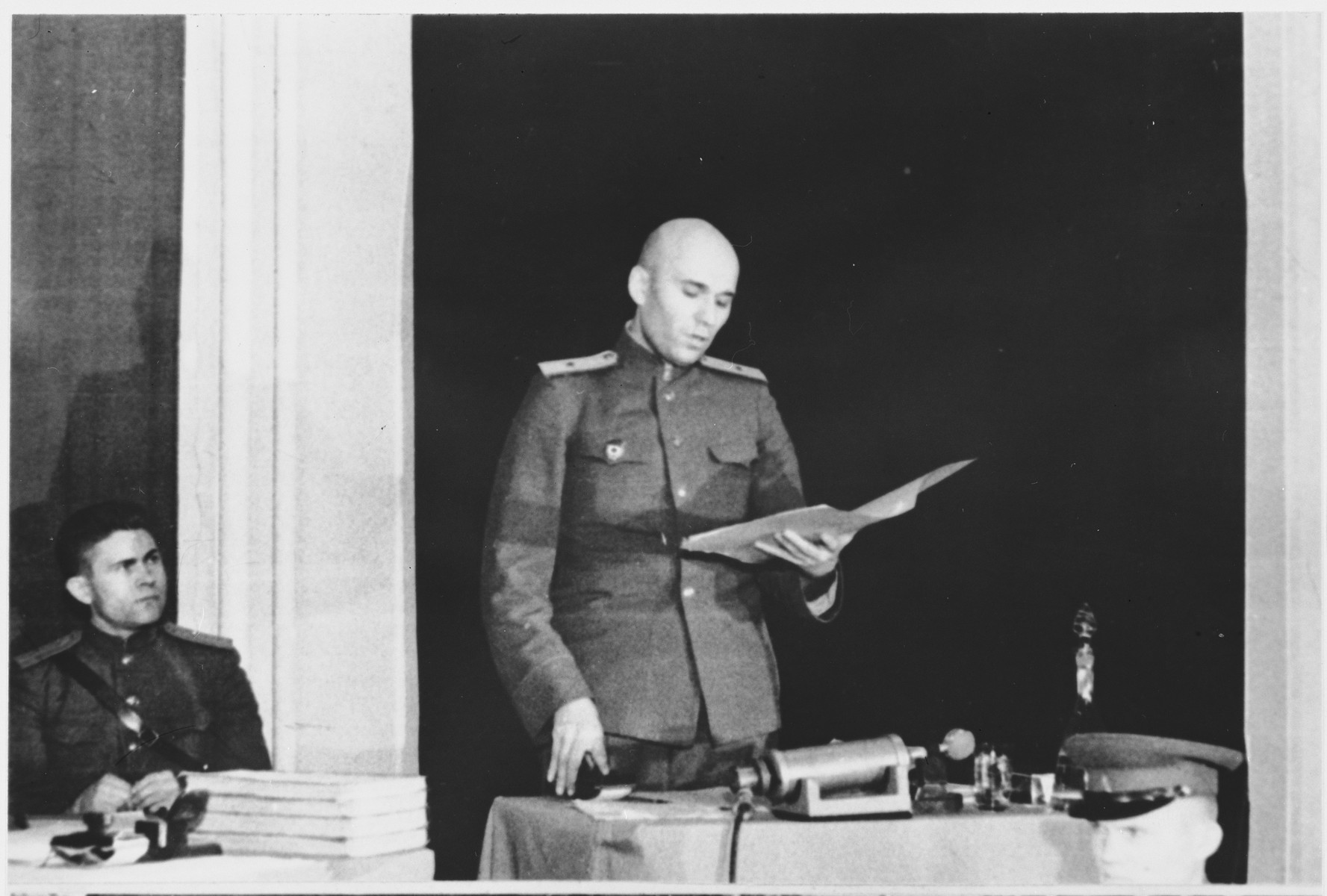 A member of the court staff at the Sachsenhausen concentration camp war crimes trial in Berlin.

Event History
On October 23, 1947 fifteen former Sachsenhausen concentration camp personnel and one former prisoner were brought to trial before a Soviet Military Tribunal in Berlin. Among the defendants were Anton Kaindl, the former commandant, and Paul Sakowski, a kapo who had served as an executioner. The findings were announced on November 1, 1947 after only a brief trial. All sixteen were found guilty. Fifteen of the defendants were sentenced to life in prison with forced labor and one, to fifteen years in prison with forced labor.
https://www.ushmm.org/wlc/en/article.php?ModuleId=10007776.