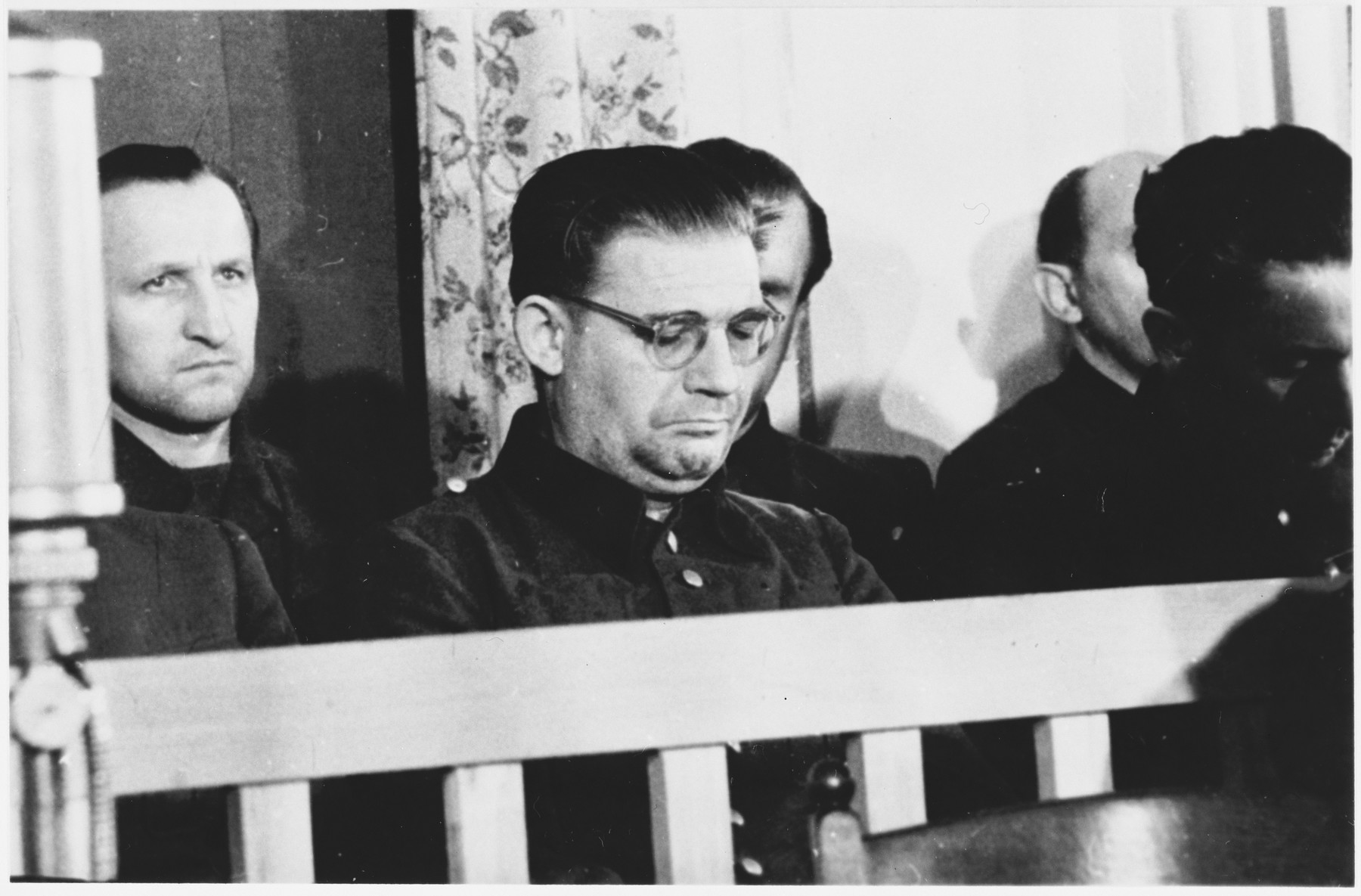 https://www.ushmm.org/wlc/en/article.php?ModuleId=10007776.
Biography
Martin Knittler was born in 1916 in Fuerst, Germany. He volunteered for the Waffen-SS in 1936 and was placed in the 2nd "Brandenburg" regiment of the SS Totenkopfstandart. He joined the Nazi Party in 1937, and from April 1938 until April 1945 he was a Blockfuehrer in Sachsenhausen. In August of 1941, when he was head of a block of Soviet POWs, he oversaw their extermination and brought two thousand five hundred to be executed. He also single-handedly killed fifty-one men in the crematoria and took part in the hanging of two Poles. He was charged with brutally mistreating prisoners, and following his trial, he was sentenced by a Soviet Military Tribunal to life in prison with forced labor.

Kurt Eccarius was born in 1905 in Coburg, Germany. After joining the Nazi Party in 1932 and the Waffen-SS in 1933, he was assigned work in various concentration camps. From 1933 to 1936 he served in the guard battalion at Dachau. In the fall of 1936 he was transferred to Sachsenhausen. From 1938 until 1945 he was part of the so-called "Zellenbau" (of which he became the leader in August 1942), and was known for beating prisoners unconscious with his hands. Eccarius was also notorious for whipping prisoners and confining them to cells in the Zellenbau for up to 42 days at a time. In October 1944, on orders from commandant Kaindl, he had forty prisoners from the Zellenbau shot or hanged. Following his trial by a Soviet Military Tribunal, he was sentenced to life in prison with forced labor.