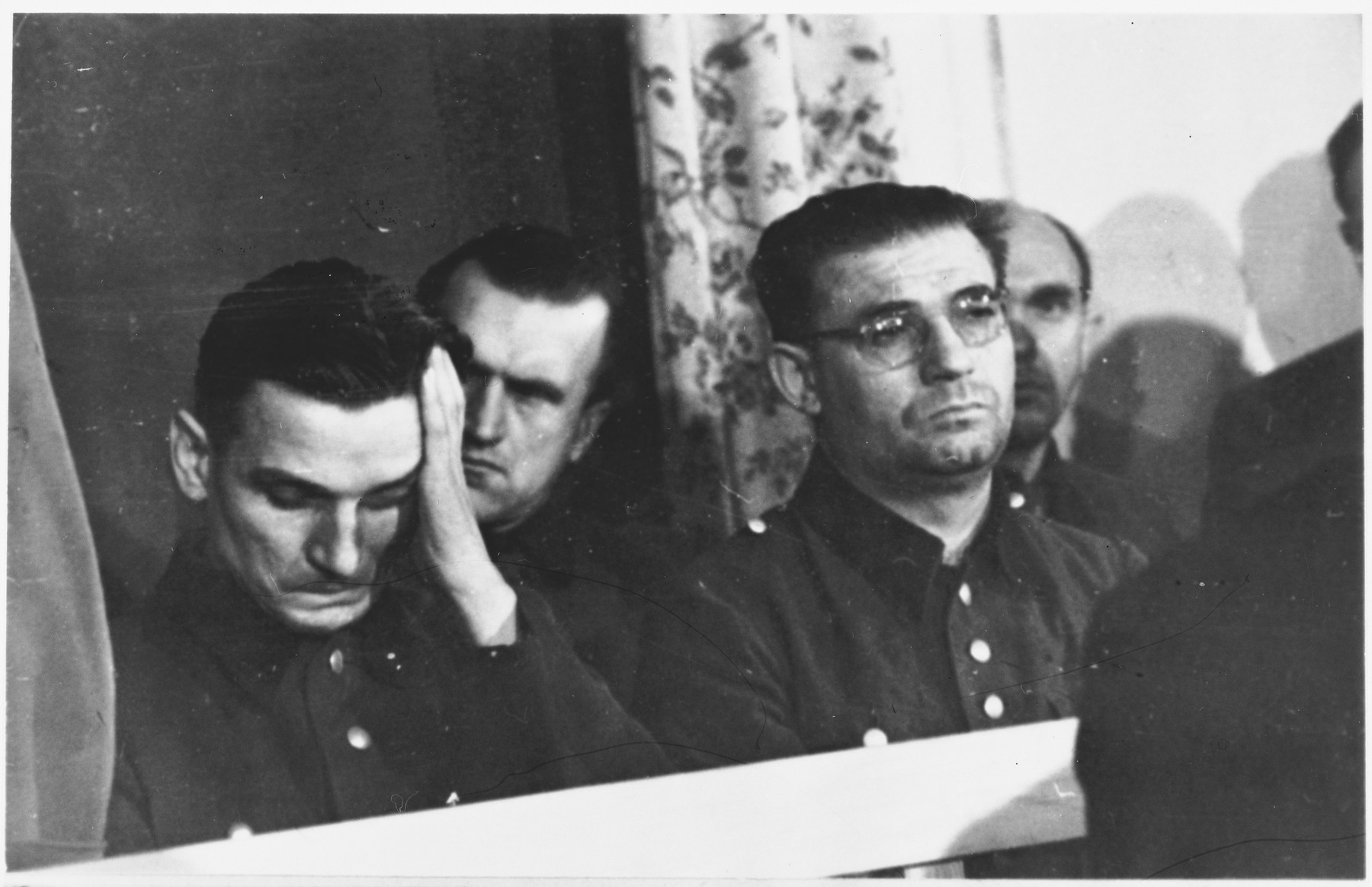 https://www.ushmm.org/wlc/en/article.php?ModuleId=10007776.
Biography
Kurt Eccarius was born in 1905 in Coburg, Germany. After joining the Nazi Party in 1932 and the Waffen-SS in 1933, he was assigned work in various concentration camps. From 1933 to 1936 he served in the guard battalion at Dachau. In the fall of 1936 he was transferred to Sachsenhausen. From 1938 until 1945 he was part of the so-called "Zellenbau" (of which he became the leader in August 1942), and was known for beating prisoners unconscious with his hands. Eccarius was also notorious for whipping prisoners and confining them to cells in the Zellenbau for up to 42 days at a time. In October 1944, on orders from commandant Kaindl, he had forty prisoners from the Zellenbau shot or hanged. Following his trial by a Soviet Military Tribunal, he was sentenced to life in prison with forced labor.

Michael Koerner joined the Hitler Youth in 1931 and joined the SA and the Nazi Party in February 1933, becoming part of the SS-Totenkopf Brigade (later the Totenkopf Division) in 1935. In September 1944 he became a Lagerfuehrer in Sachsenhausen, where between October 1944 and April 1945, he took part in the hanging of thirteen prisoners and the shooting of two hundred and twenty-two. Following his trial by a Soviet Military Tribunal, he was sentenced to life in prison with forced labor.