A defendant (probably Michael Koerner) speaks from the dock at the Sachsenhausen concentration camp war crimes trial in Berlin. 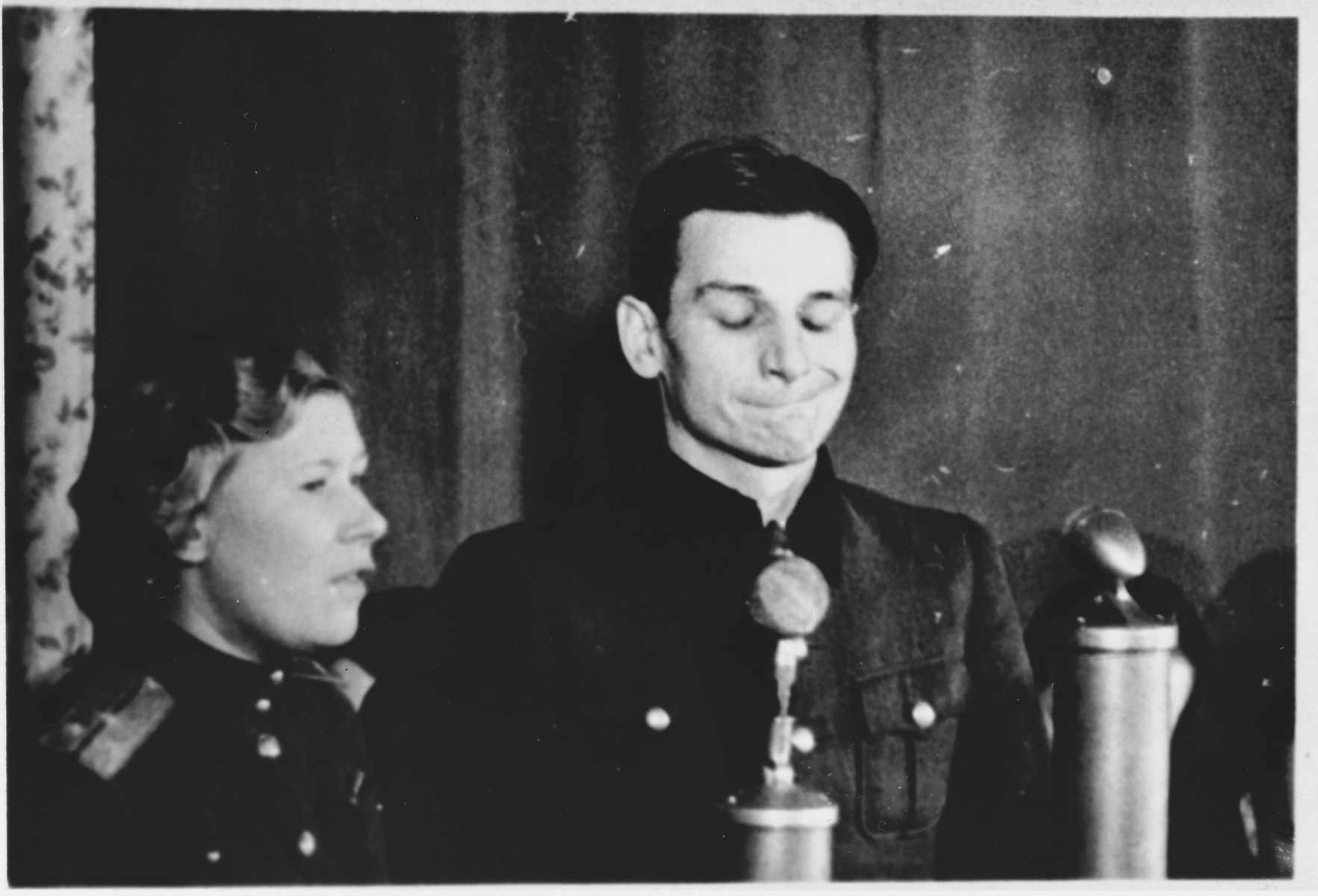 A defendant (probably Michael Koerner) speaks from the dock at the Sachsenhausen concentration camp war crimes trial in Berlin.

https://www.ushmm.org/wlc/en/article.php?ModuleId=10007776.
Biography
Michael Koerner joined the Hitler Youth in 1931 and joined the SA and the Nazi Party in February 1933, becoming part of the SS-Totenkopf Brigade (later the Totenkopf Division) in 1935. In September 1944 he became a Lagerfuehrer in Sachsenhausen, where between October 1944 and April 1945, he took part in the hanging of thirteen prisoners and the shooting of two hundred and twenty-two. Following his trial by a Soviet Military Tribunal, he was sentenced to life in prison with forced labor.