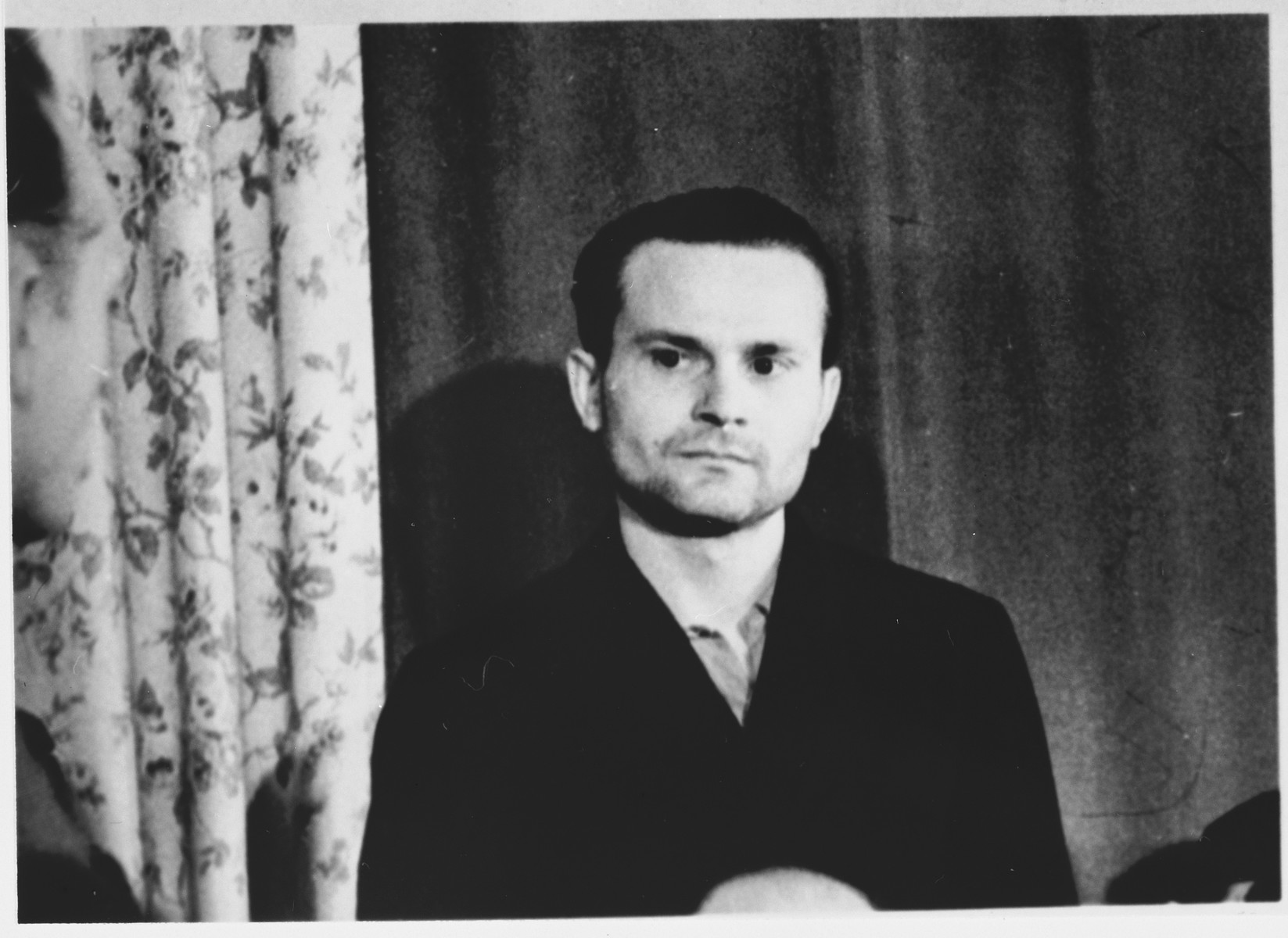 https://www.ushmm.org/wlc/en/article.php?ModuleId=10007776.
Biography
Paul Sakowski was born in Breslau in 1920. In 1939, while a prisoner in Sachsenhausen, he offered his services to the camp administration, eventually aiding in the extermination of people in the camp. From November 1939 until March 1941 he was a prisoner overseer, during which time he mistreated prisoners, whipped them, withheld food, threw cold water on them, and kept them outside during the winter, and took part in executions. In December 1940 he became the unofficial camp executioner and oversaw the hanging of 42 Soviets and Poles. In September 1941 while working in the crematoria, he oversaw the shooting of thirteen thousand, five hundred Soviet POWs, then supervised the transport of corpses to the morgue, their searching there, and transfer to the crematoria. On 15 May 1942, he took part in the shooting of two hundred fifty Jews. From September 1943 until April 1945 he was a policeman in the Heinkelwerke, where his mistreatment and abuse of prisoners continued. It is estimated that during his time in the crematoria, he oversaw the burning of twenty-five thousand corpses. Following his trial by a Soviet Military Tribunal, he was sentenced to life in prison with forced labor.