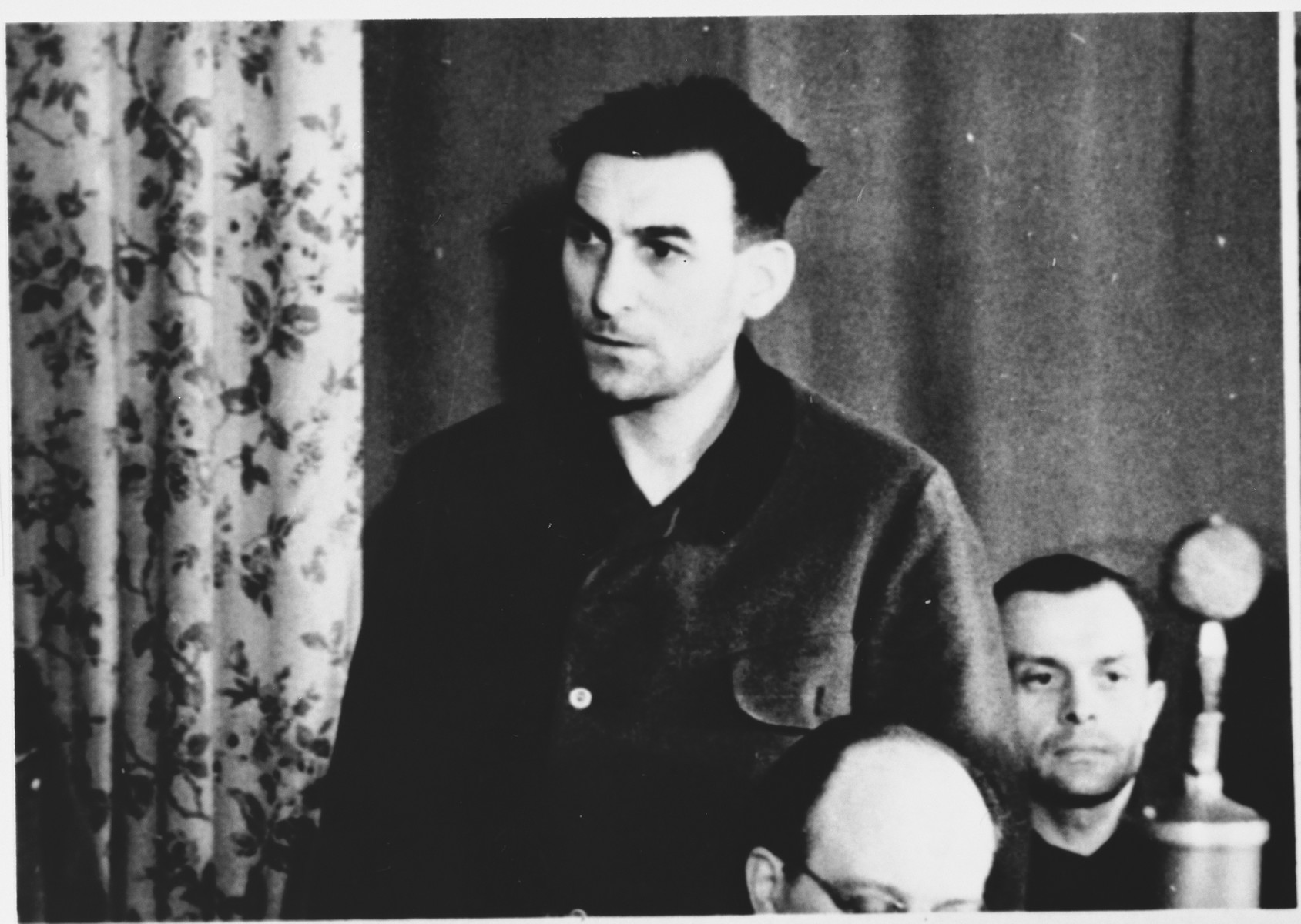 The man on the right has been identified as Wilhelm Schubert.

https://www.ushmm.org/wlc/en/article.php?ModuleId=10007776.
Biography
Gustav Sorge was an ethnic German, who was born in 1911 in Reinicken, Poland, near Poznan. He joined the Nazi Party in 1931 and the Waffen-SS in 1934, and from the fall of 1937 until the end of the war, he was active in the concentration camp system. From November of 1937 until June of 1942 he was a labor leader or "Rapportfuehrer" in Sachsenhausen, where his brutal treatment of prisoners earned him the name "Iron Gustav." He also oversaw the mass execution, imprisonment, and torture of many prisoners. From 1941 to 1942, he oversaw the execution of Soviet POWs and other prisoners, and in the spring of 1942 he was responsible for starving to death four hundred Russians in the isolation barracks. Following his trial by a Soviet Military Tribunal, he was sentenced to life in prison with forced labor.