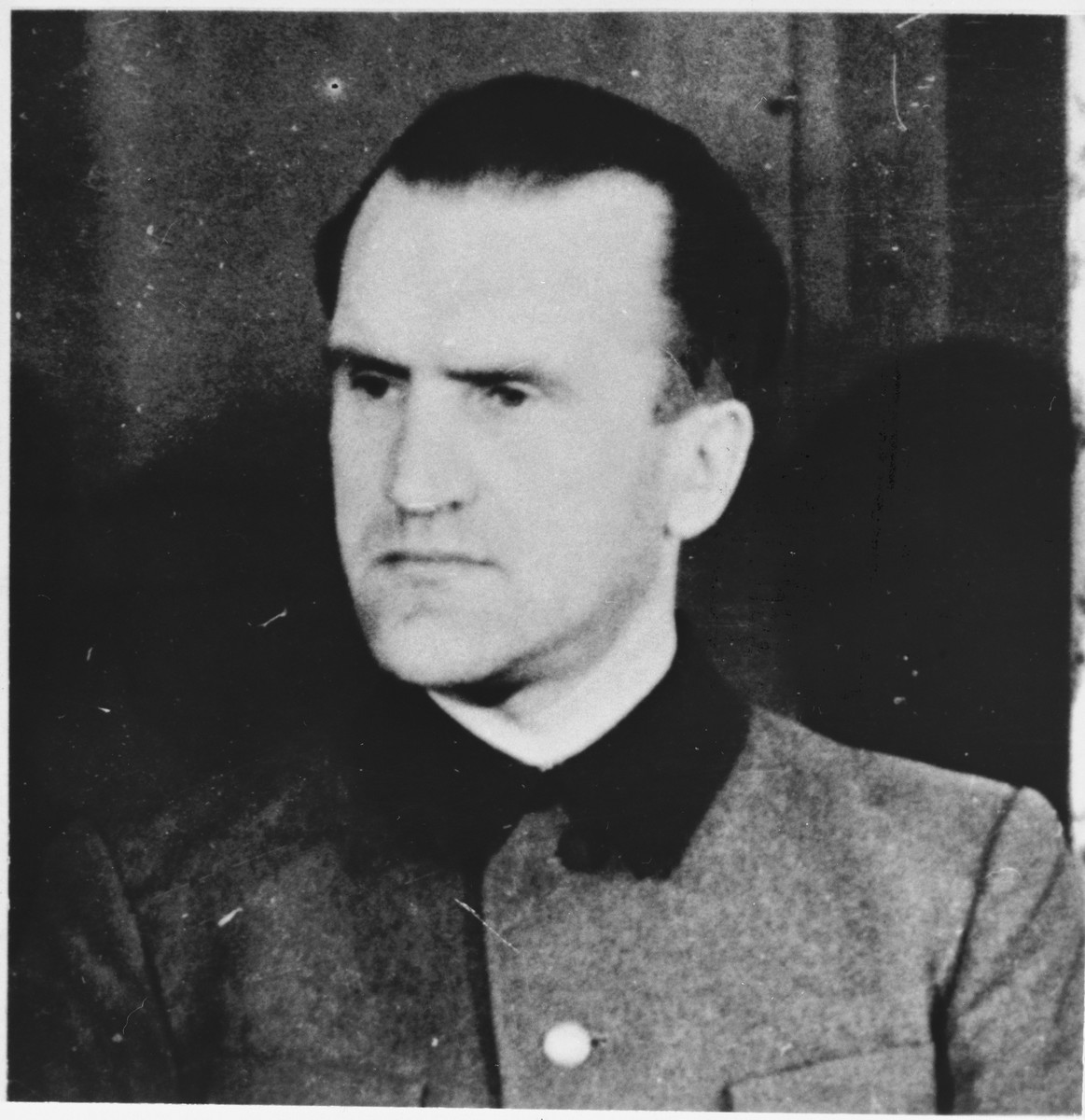 https://www.ushmm.org/wlc/en/article.php?ModuleId=10007776.
Biography
Fritz Ficker was born in Hohndorf, Germany in 1913. He joined the Wehrmacht in 1934, and two years later volunteered for the Waffen-SS. He was placed in the SS Standart "Elbe" in the SS-Totenkopf Division. He joined the Nazi Party in 1937. Later that year he was sent to Weimar to serve as a bodyguard to Fritz Sauckel. From May 1939 until September 1941, he was the Blockfuehrer of Isolation Block 12 in Sachsenhausen. In this capacity he tortured prisoners, including those in his "Stehkommando," who were made to stand with outstretched arms without food for long periods of time. In the fall of 1941 he took part in four hangings and eight shootings, and was later assigned to the Klinkerwerk, where he shot prisoners incapable of working. From October 1941 until April 1945, he was stationed in various sub-camps, where he was said to have killed hundreds of prisoners. Following his trial by a Soviet Military Tribunal, he was sentenced to life in prison with forced labor.