Three Jewish friends pose with paddles on the banks of the Nemunas River in the village of Kacergine, near Kaunas. 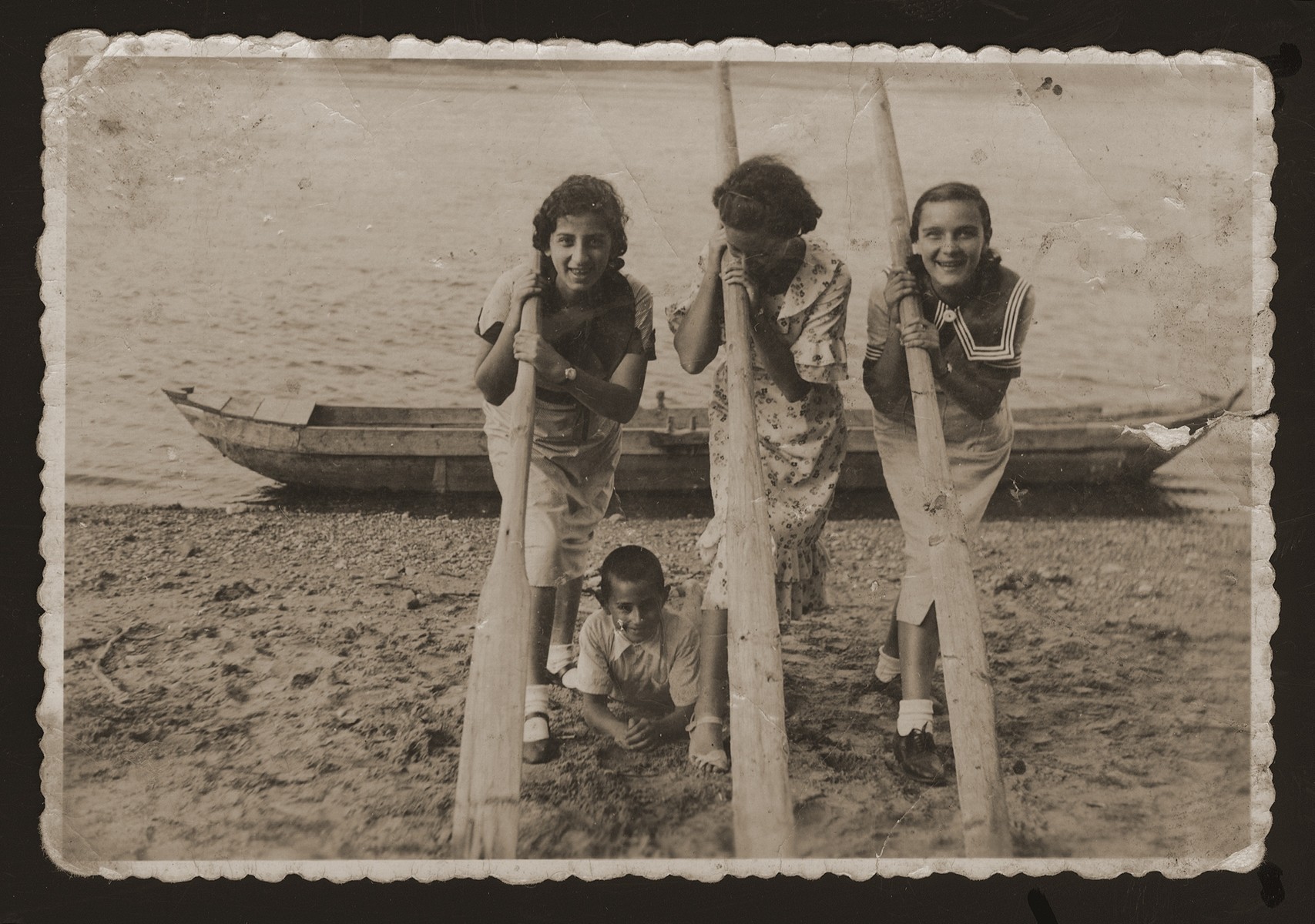 Three Jewish friends pose with paddles on the banks of the Nemunas River in the village of Kacergine, near Kaunas.

Pictured from left to right are: unknown, Dita Katz and Celia Rom. Beneath them is Zvi Katz, Dita's brother. Neither of Dita's companions survived the war.

Biography
Dita Sperling (born Yehudit Katz, later Yehudit Zupovitz) is the daughter of Itzhak and Lola Katz. She was born in Kovno on April 15, 1922, where her father worked as an economist and her mother, as a dentist. Dita has one younger brother, Zvi. She married Yehuda Zupovitz during her last year of high school, five months before the start of the war. In the ghetto she and Yehuda lived with her mother, grandfather, brother and aunt. Dita smuggled food while on work details outside of the ghetto in order to keep the family fed. Yehuda kept much of his underground activity a secret from Dita, but he did teach her how to shoot a rifle. Shortly after Yehuda's arrest in March 1944, Dita was sent to the Sanciai labor camp. From there, she was deported to Stutthof in July. Dita survived along with her mother and brother. Her father was killed in the June 1941 pogroms in Kovno; and her grandmother, Basha, was killed during the March 1944 action that targeted the children and the elderly.