Aharon Zelmanovicz, Blanca Kuklinska and Chana Zelmanovicz do their laundry on a table outside a tent in the Cyprus summer Camp 55. 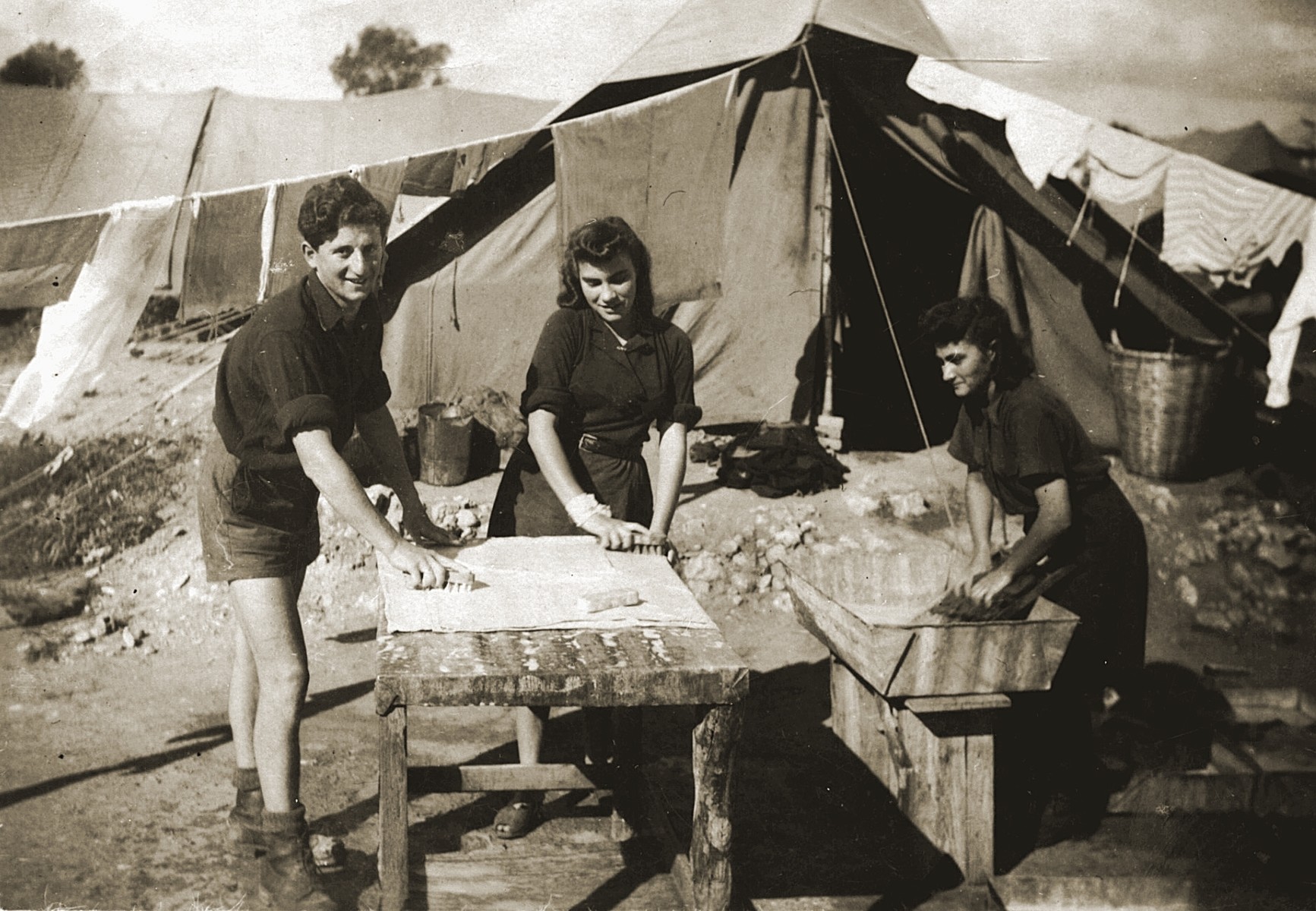 Aharon Zelmanovicz, Blanca Kuklinska and Chana Zelmanovicz do their laundry on a table outside a tent in the Cyprus summer Camp 55.

Biography
Chana Zelmanovicz (born Andzia Kuklinska) is the daughter of Araham Kuklinska and Rela Rosenbaum Kuklinska. She was born on March 15, 1924 in Sosnowiec Poland. The family moved to Chorzow, where her father, a religious Jew, owned a kosher butcher shop and her mother a restaurant. Andzia had seven siblings: Joseph (b. 1911), Sala (b. 1913), Ester (b. 1915), Regina (b. 1920), Mania (b. 1922), Moniek (b. 1926) and Bronka (b.1928). Andzia lived in Chorzow until 1939. She then moved to the Dabrowa ghetto where she worked in the glass factory from August 1939 until September 1942. In December 1942 she was deported to Lichtenwersden and was there for a few months. She then was deported to Blechhammer and Peterswalde where she was liberated by the Soviet army on May 8, 1945 at the age of 21. After the war she first returned to Chorzow and then with the help of Bricha went to DP camps in Graz and Linz, Austria. She then made her way to Bari Italy where she boarded the boat, Mardei HaGettaot. The boat was intercepted on route to Palestine and sent to Cyprus. Andzia was detained in Cyprus until 1949 when she came to Israel. Of Andzia's large immediate family, only her sister Mania survived.