Evgenia Goldstein, the baby daughter of Sonja Schadur and Bernhard Goldstein, sits in her baby carriage in a Berlin park. Posing with Evgenia is her nursemaid. 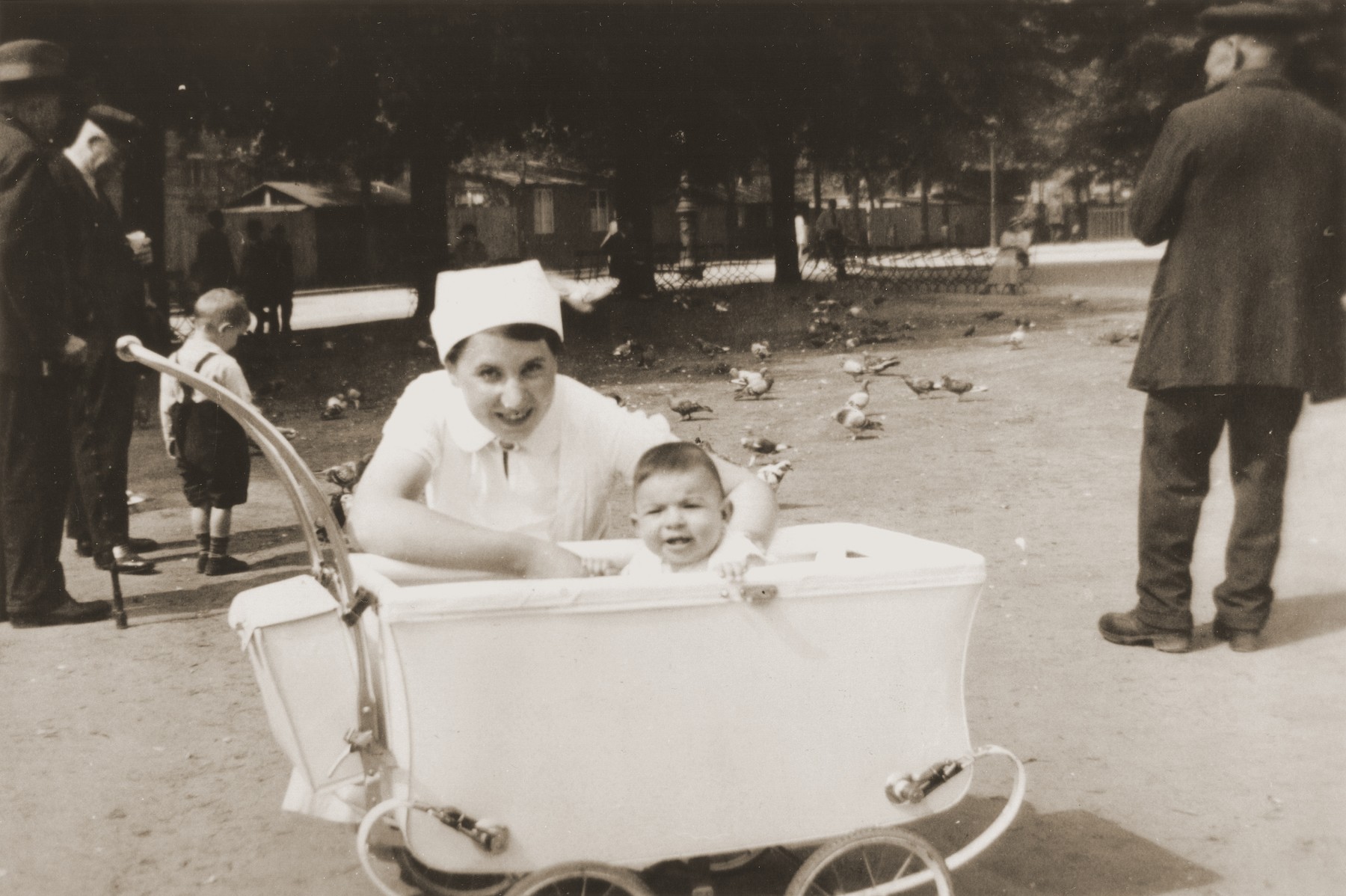 Evgenia Goldstein, the baby daughter of Sonja Schadur and Bernhard Goldstein, sits in her baby carriage in a Berlin park. Posing with Evgenia is her nursemaid.

Sonja Schadur was the sister of Michel Schadur, whom he set up in the fruit business in Berlin in the early 1930s. Sonja married a German Jew, Bernhard Goldstein and had one daughter. After Kristallnacht Bernhard was imprisoned briefly in Sachsenhausen. Upon his release the family fled to Antwerp. In March 1940 they secured American visas and sailed to the US.