A child eats a meal in the TOZ summer home in Wisniowa Gora. 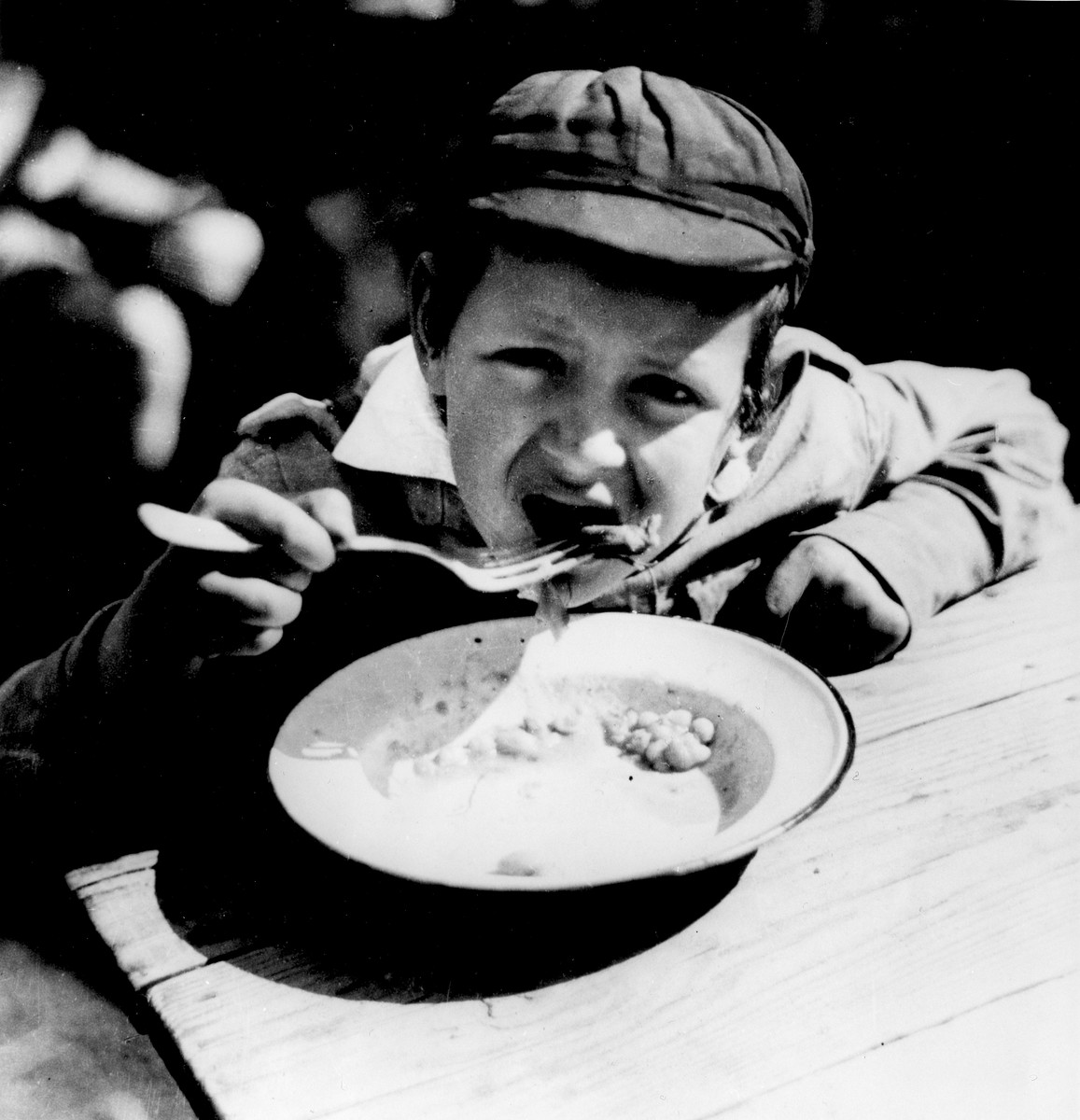 A child eats a meal in the TOZ summer home in Wisniowa Gora.

The TOZ (Society for the Safeguarding of the Health of the Jewish Population) is an affiliate of the international OSE/OZE organization. This summer home provided free housing, food, education, and physical activity for approximately forty impoverished boys, children of factory workers, for a period of three weeks.

Biography
Dr. John Pearse (born Jakob Piaskwski) , the photographer of this image, vacationed in the same town as the TOZ house and frequently volunteered there. He was the son of Dwoira and Fiwel Piaskowski, an industrialist in Lodz. He had five siblings: Itzhak, Pavel, Rachel, Esther and Shlomo. After completing his medical studies in Zurich, Jakob went to Paris for post-doctoral work in neurology. At the start of World War II, he decided to leave France and bicycled to Bordeaux where he caught a boat , the Delius, to England. Jakob passed the war in London working as a physician. His mother and siblings moved to Warsaw shortly before the war broke out. (His father died of natural causes before the war.) Neither his mother nor any of his five siblings survived the war.