An open page of a book of English lessons handwritten in Dutch and English by Albert and Max Heppner while they were living in hiding in Deurne-Zeilberg, Holland. 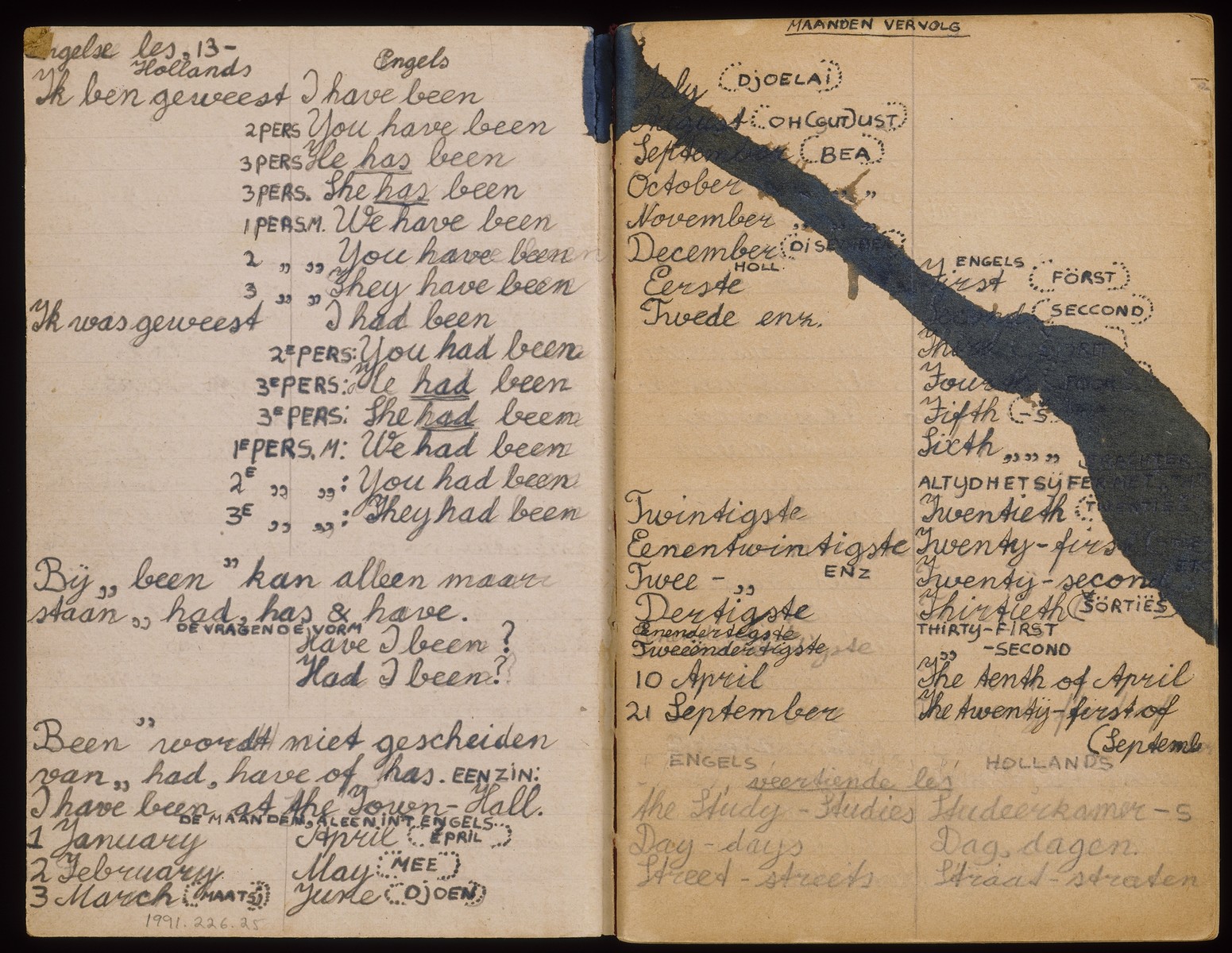 An open page of a book of English lessons handwritten in Dutch and English by Albert and Max Heppner while they were living in hiding in Deurne-Zeilberg, Holland.

The volume includes two books in one: the first is "In Grove Trekken, Onze Geschiedenis," written by Max Heppner, and the second, a book of English lessons, written by both Max and Albert.

Biography
Max Amichai Heppner was born in Amsterdam, Netherlands in 1933. In 1942, after house raids and the confiscation of his father's art business, Amichai's family fled. An attempt to reach France failed. The underground later placed the family with another Jewish family on a Dutch farm. There they lived mostly in chicken houses until liberation in September 1944. The farmer built special hiding places for them and gave them a radio. Max immigrated with his mother to the United States on November 4, 1946, at the age of 12. They arrived in Hoboken, New Jersey and stayed with family in Ohio.