A Jewish family on a picnic in the woods near Riga. 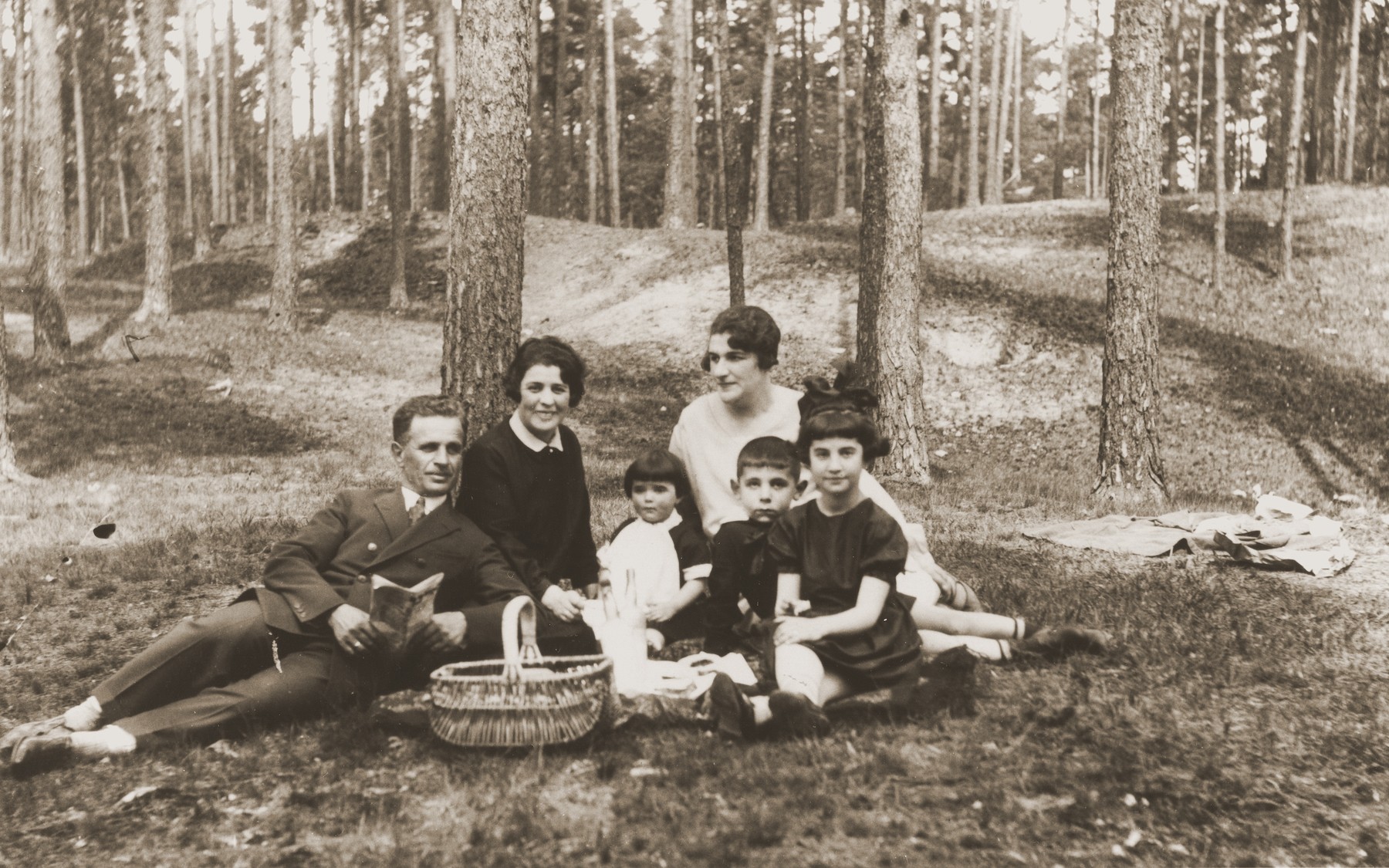 A Jewish family on a picnic in the woods near Riga.

Pictured are Cila Chankin, her husband, Jozef, and their three children. All were killed during the war. Cilia was the sister of Jacob Chankin, the donor's uncle.