Group portrait of delegates to the World Zionist Conference in London. 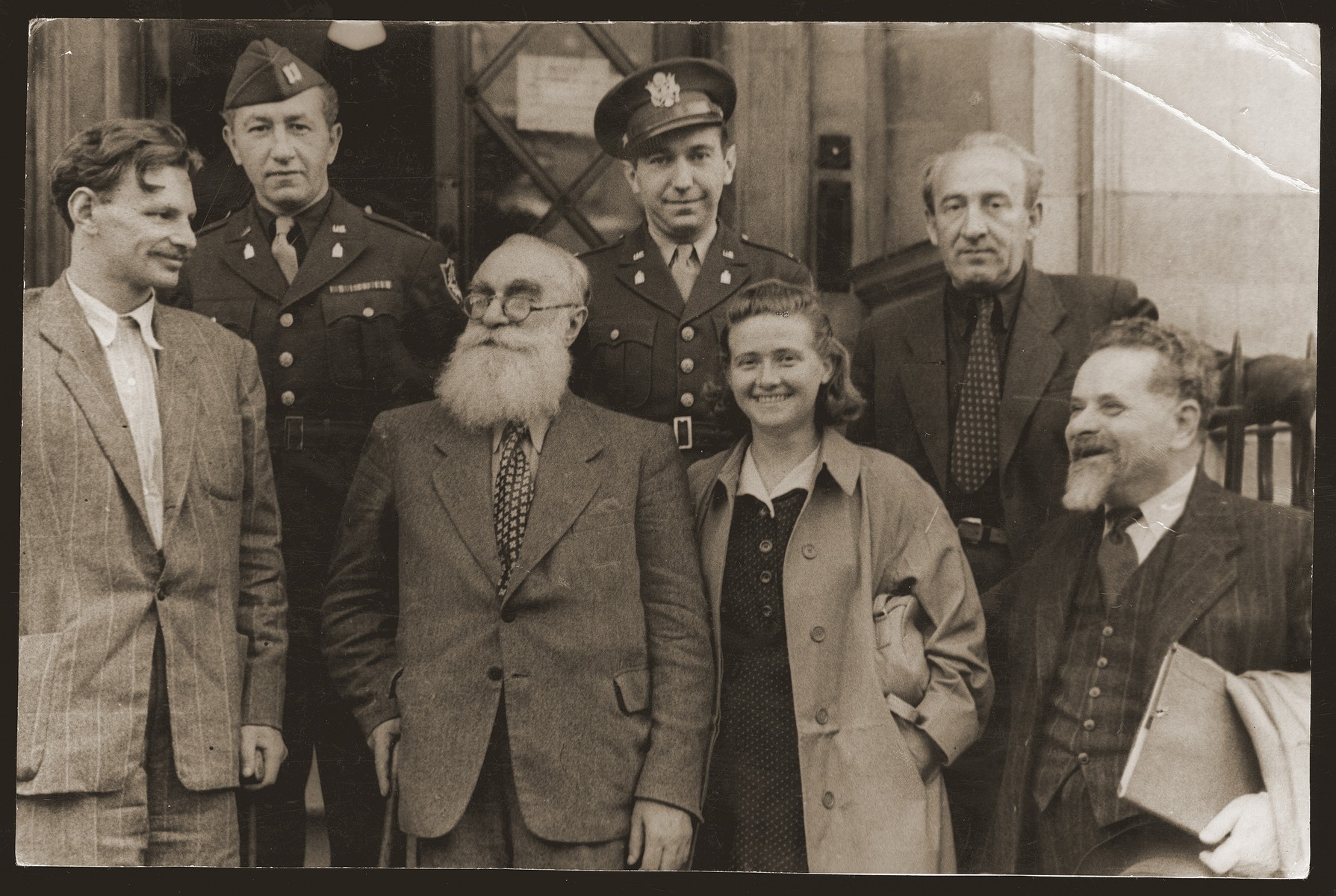 Group portrait of delegates to the World Zionist Conference in London.

Pictured in the front row, from left to right, are: Yitzhak Zuckerman, Dr. Emil Sommerstein, Haika Grosman and Yitzhak Gruenbaum.

Yitzhak Gruenbaum (1879-1970), Zionist leader and spokesman for Polish Jewry in the interwar period. He immigrated to Palestine in 1933, where he served as a member of the Jewish Agency Executive. During World War II, in addition to his position as head of the Labor Department, he chaired the Jewish Agency's Joint Rescue Committee (1943-44). He was sharply criticized for his slowness in accepting the validity of early reports of the Final Solution and for his reluctance to pursue large scale rescue efforts because they stood little chance of success.