Jewish children who had been in hiding pose outside with Dutch children on liberation day. 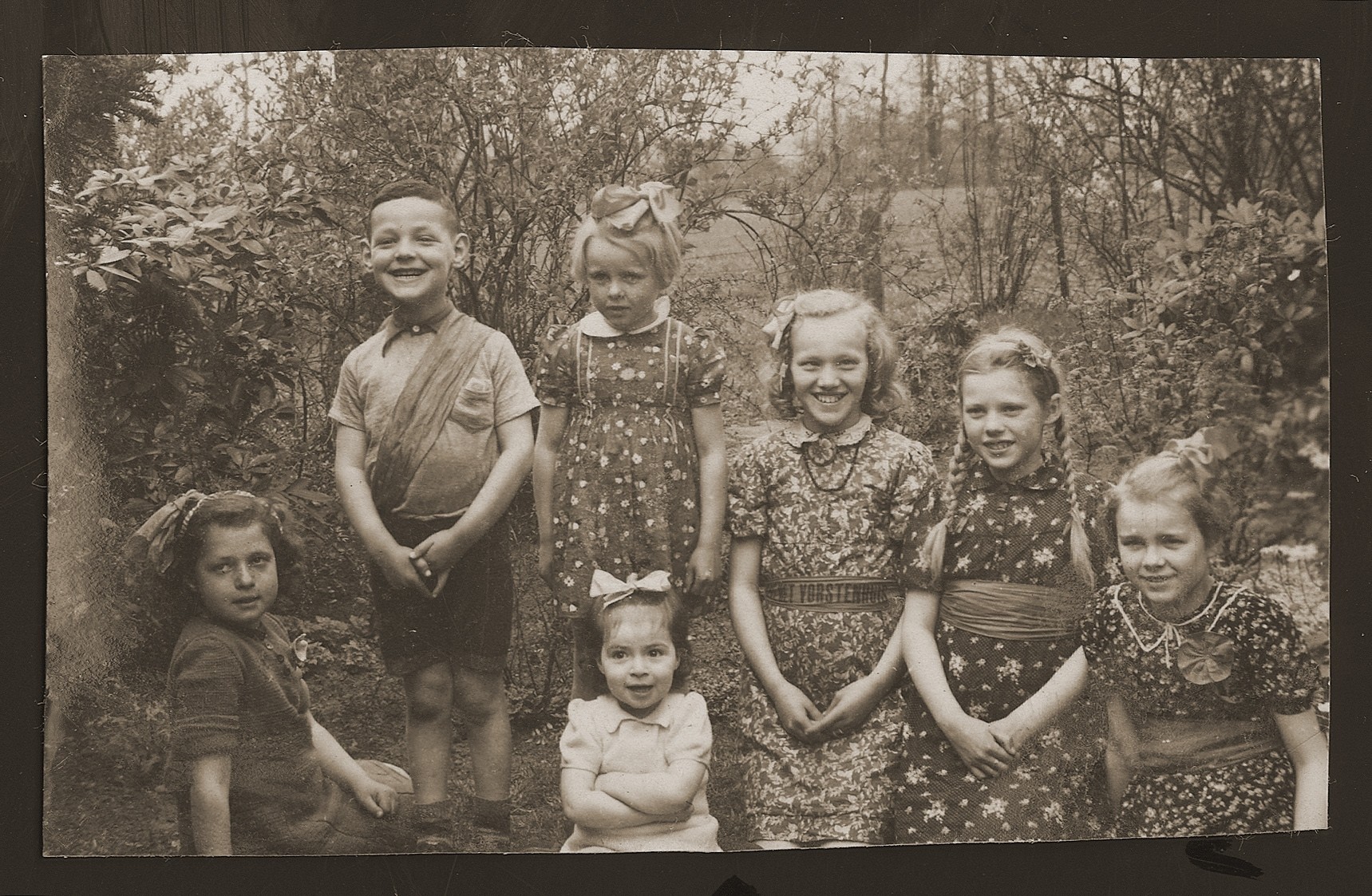 Jewish children who had been in hiding pose outside with Dutch children on liberation day.

Rachel Kats is in the center.