Two Jewish couples and their attendants file out of the city hall in Boekelo after a joint civil marriage ceremony. They are now on their way to a local hotel, where the religious ceremony will take place. 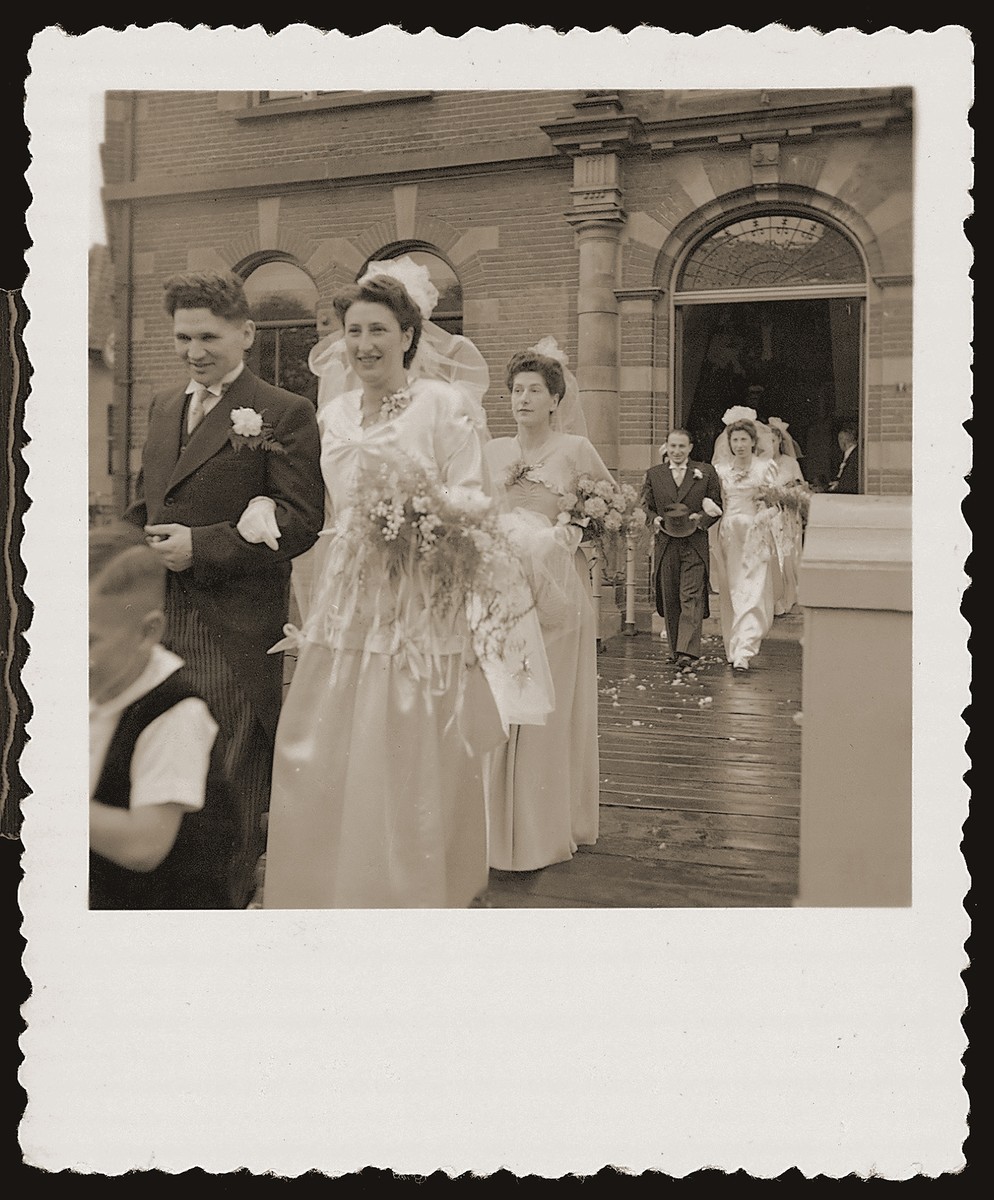 Two Jewish couples and their attendants file out of the city hall in Boekelo after a joint civil marriage ceremony. They are now on their way to a local hotel, where the religious ceremony will take place.

Pictured in front are Bep Meijer and Sallie Zion and behind, Mathilde Hartog and Richard Meijer. Neither couple could afford the cost of a private ceremony.