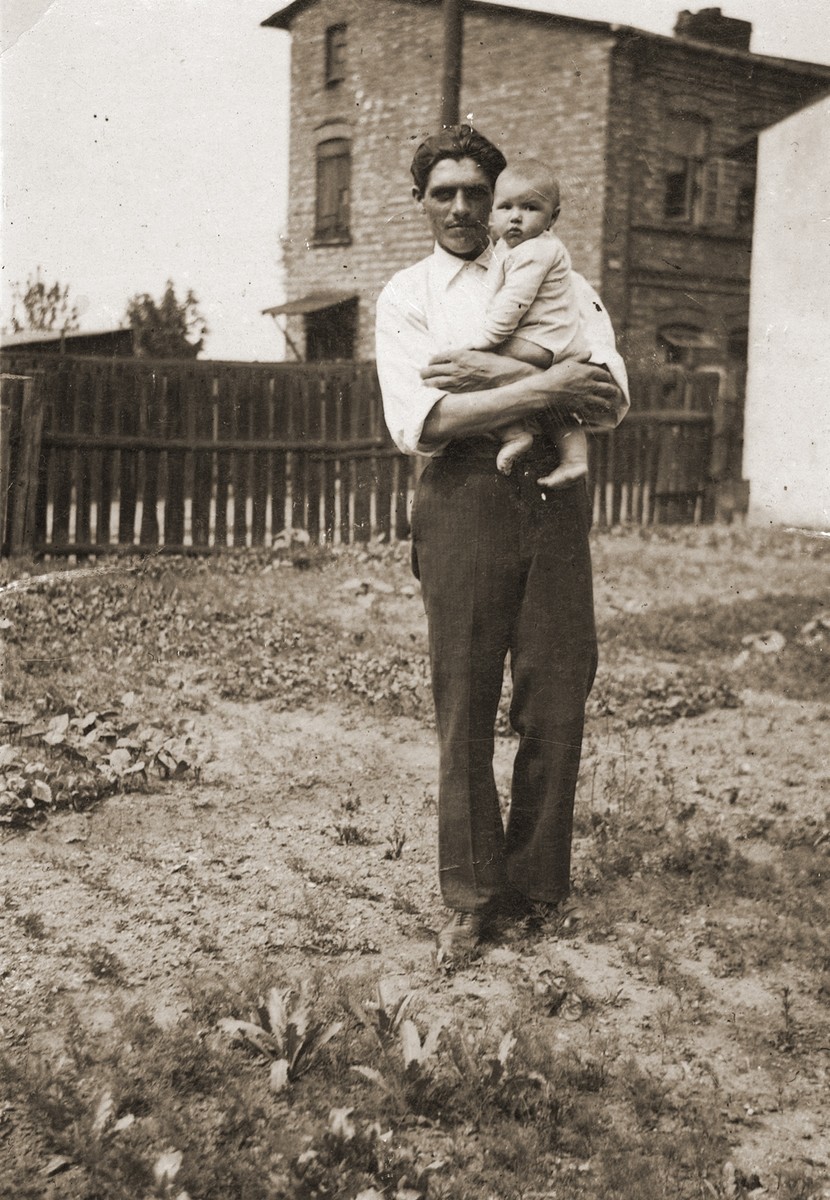 Biography
Ita Dimant (born Ita Rozencwajg) was the daughter of Rabbi Jacob Jehuda Rozencwajg, the rabbi of Jeziorna, a village near Warsaw. From Rabbi Rozencwag's first wife she had three half sister Haia, Fryda and Henia, who were married by the time of the German invasion. Ater the death of his first wife, her father remarried and from his second wife Faiga he had three other daughters Malka, Ita and Huma . After her death in 1920, her father married a third time to Esther and had a daughter Menuha and two sons, Yeheskel and Shimon, remained at home with her father and stepmother. Ita left home at the age of 17 and went to live with her uncle Mendel Miodownik and his family in Warsaw. After the occupation of Warsaw Ita assisted her cousin Sara, who was a nurse in the Jewish hospital. When the hospital was closed by the Germans in the fall of 1940, Ita asked her uncle's permission to open a kindergarten in his apartment. He agreed, and soon Ita had thirty children between the ages of four and seven in her program. At the end of 1941 the school was closed temporarily when the apartment house was excluded from the boundaries of the ghetto, but Ita succeeded in reopening it on a smaller scale in new quarters. In February 1941 Ita's father and his family were relocated from Jeziorna to the Warsaw ghetto. Ita took on a night job as a nurse in order to supplement the family's meager resources. She also arranged for her father to get a work permit. During the wave of deportations in mid-August of 1942, Ita fled to Czestochowa with a leader of Gordonia Zionist youth underground, Aaron Gepner. They had false papers forged by Gordonia. She was recruited by them to serve as a courier because of her Polish appearance. Ita was based at the Gordonia kibbutz in Czestochowa and traveled under the false identity of Genowefa Zawadzka. On Yom Kippur eve, September 22, 1942, SS troops surrounded the Czestochowa ghetto in preparation for a deportation action. Ita managed to escape by claiming she was a Pole from Krakow who had wandered accidentally into the ghetto. While on a train out of Czestochowa, Ita befriended a Pole name Stefan Gromul who, not realizing her Jewish identity, invited her to visit when she returned to Czestochowa. After a period of travel that took her to Minsk, Lukow, Parczew and other locations, Ita returned to Czestochowa and became a boarder at the Gromul home. Ita contributed to the family's finances by purchasing food from neighboring peasants and exchanging it for goods with Jews in the ghetto. On a number of occasions, especially on Jewish holidays, Ita smuggled herself into the ghetto and stayed overnight. In February 1943 a neighbor of the Gromuls became suspicious that Ita was Jewish. Ita hid temporarily in the ghetto until she could arrange to go to Warsaw and obtain a false birth certificate. Upon her return she went back to the Gromuls. At the end of June 1943, when the SS began the liquidation of the Czestochowa ghetto, an announcement was made promising a reward to anyone who would turn in an escaped Jew. Fearing denunciation, Ita went to live with the family of Henryk Brust, a member of the Polish socialist party, who Ita had met while delivering a message to a Jew who was hiding in their home. A short time after moving to the Brusts, Ita was forced to appear at the local police station to prove her Polish identity. After an interrogation the German police concluded she was not Jewish, but decided to send her to forced labor in Germany along with other Polish men and women. Before her deportation, however, another attempt was made to denounce her as a Jew. The Polish informer relented only after Henryk Brust signed an affidavit claiming that he had known Ita all his life and could vouch for her Christian identity. On July 20, 1943 Ita was sent to Göttingen, Germany, and from there to a small farm in Kertslingerode. During her two years on the farm she kept a diary, which she wrote on used margarine wrappers. After her liberation on April 11, 1945 Ita went to work for the American army. Soon after she met a Jewish chaplain, Rabbi Marcus, who arranged for her to join Kibbutz Buchenwald in Geringshof. Ita sailed with the first group of Kibbutz Buchenwald members to immigrate to Palestine, arriving in Haifa on September 8, 1945. A few months later she married Symcha Dimant, a fellow member of the kibbutz. Upon Ita's recommendation, the family of Henryk Brust was honored as Righteous Among the Nations by Yad Vashem in 1980.