Portrait of Marx and Mathilde Schwab (the donor's maternal grandparents) with five of their eight children. Jeanne Schwab is pictured at the upper left. 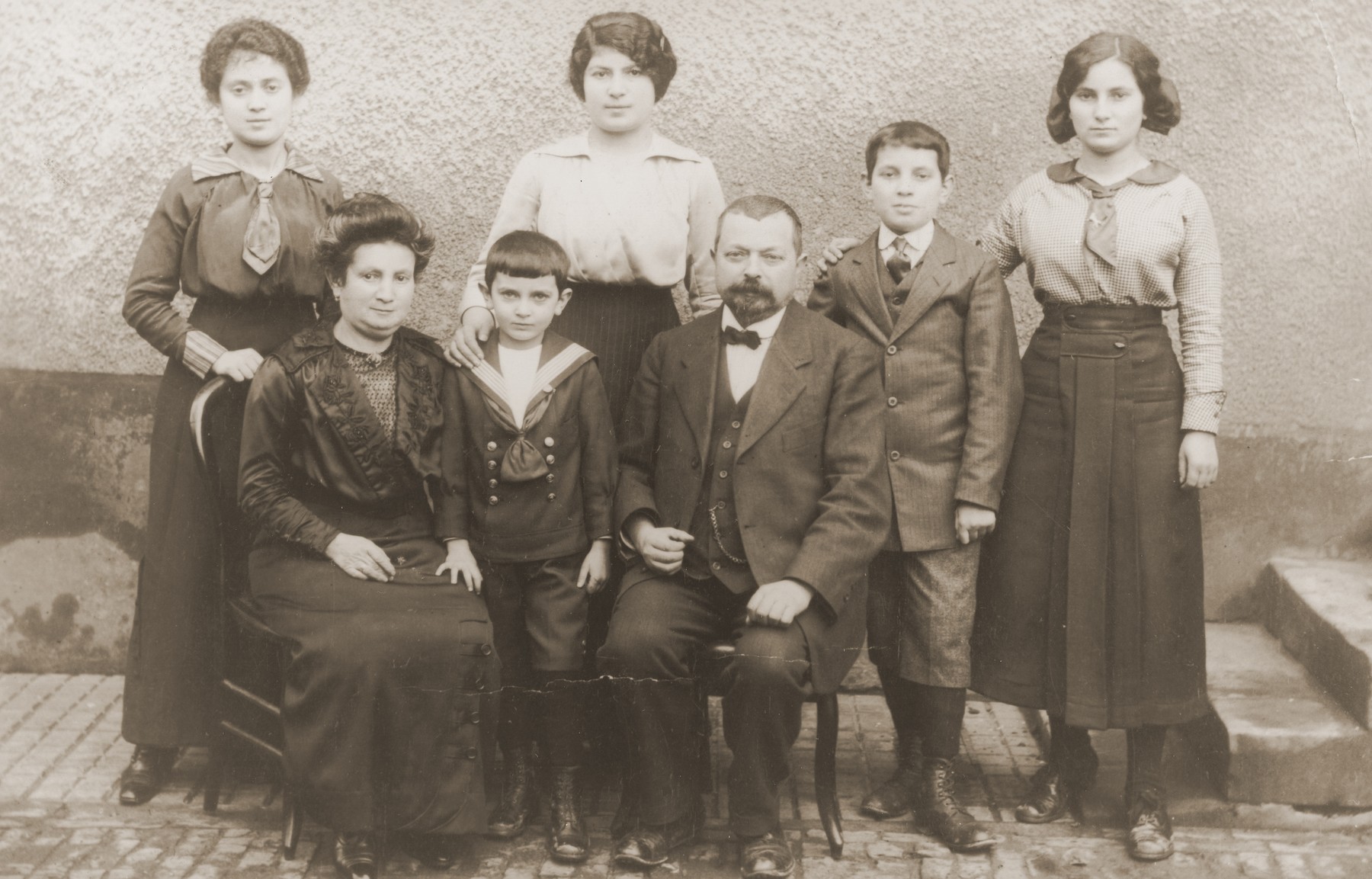 Portrait of Marx and Mathilde Schwab (the donor's maternal grandparents) with five of their eight children. Jeanne Schwab is pictured at the upper left.

Biography
Simone Weil is the daughter of Abraham and Jeanne (Schwab) Weil. She was born April 22, 1920 in Ringendorf, a small Alsatian village near Strasbourg, where her father made his living in the buying, selling and breeding of sheep. In 1923-24 the family moved to Strasbourg, where Simone and her brother, Roger (b.1921), received a solid Jewish education in addition to their classical studies at the lycee. Simone became a leader in the Jewish scouting movement, Eclaireurs Israelites de France (EIF). After graduating high school in 1938, Simone entered a program in early childhood education. Her studies, however, were cut short by the war. Fearing a German assault on Alsace, the Weil family left Strasbourg in the fall of 1939 and settled in the town of Blamont. They moved further south in the wake of the German invasion, eventually finding refuge on an abandoned farm in Perigueux (unoccupied zone). Simone remained with her family through early 1941, when she was contacted by Andree Salomon, a former EIF leader. Salomon asked her to do relief work in Rivesaltes, one of the French internment camps where foreign-born Jews were being held prisoner. Simone became a resident worker for the Oeuvre de secours aux enfants (OSE), one of several relief agencies operating in the camp. Her work focused on the children. She distributed food, organized activities, and helped arrange for their release and transfer to children's homes and EIF facilities in the south of France. When Rivesaltes was closed at the end of 1942 Simone went to work for the OSE in Limoges. By the spring of 1943 the leadership of the OSE had decided to evacuate its network of homes and place the children in hiding under assumed Christian identities. Because of her Gentile appearance Simone was recruited for this work. Under the name Simone Werlin, she helped to place 350 OSE children with French families, and in orphanages, convents and summer camps. After the liberation of Limoge district in the fall of 1944, Simone was sent to reopen the OSE home in Montintin. Some months later she moved to Paris, where she and a colleague, Jacqueline Levy, opened an OSE home for pre-schoolers called Le petit monde. Simone left France for the United States in 1946. All of her immediate family survived the war in France.