Group portrait of former Transnistria orphans, now settled in Palestine due in part to the efforts of Anny Andermann. 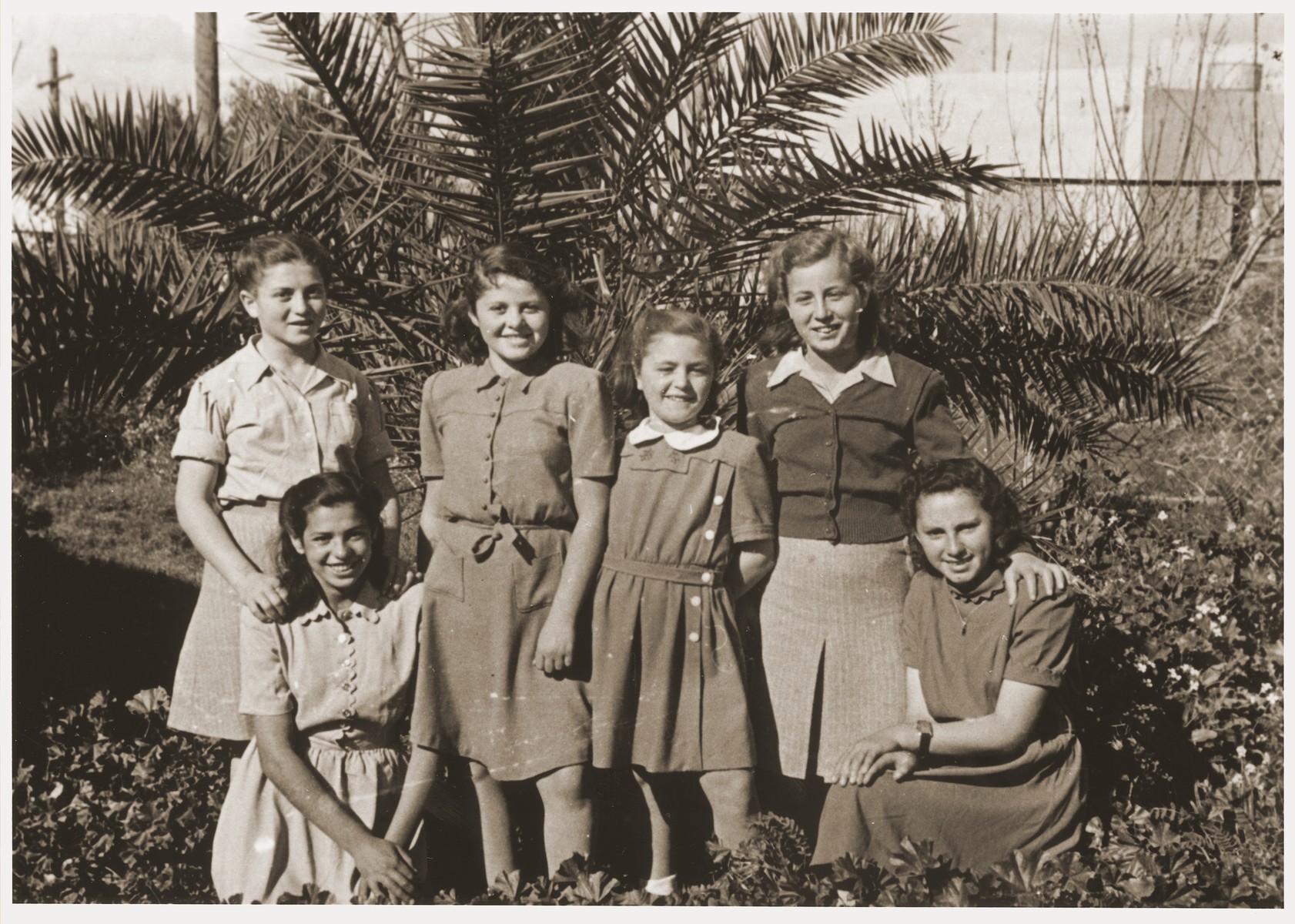 Group portrait of former Transnistria orphans, now settled in Palestine due in part to the efforts of Anny Andermann.

The inscription on the back of the photo reads: "A souvenir; the time passes quickly, the days follow each other, we write to you a souvenir because we don't know how long we will live, and as a sign of our love for you. Anutza, Dora, Shana, Sarina, Gisella. May God repay you, dear and good Mrs. Andermann."