Passport issued to Frida Felicie Perl in February, 1939. It is stamped with a red "J" and includes the middle name Sara in order to identify the owner as Jewish. Ernst used this passport to flee Germany and eventually make his way to the United States. 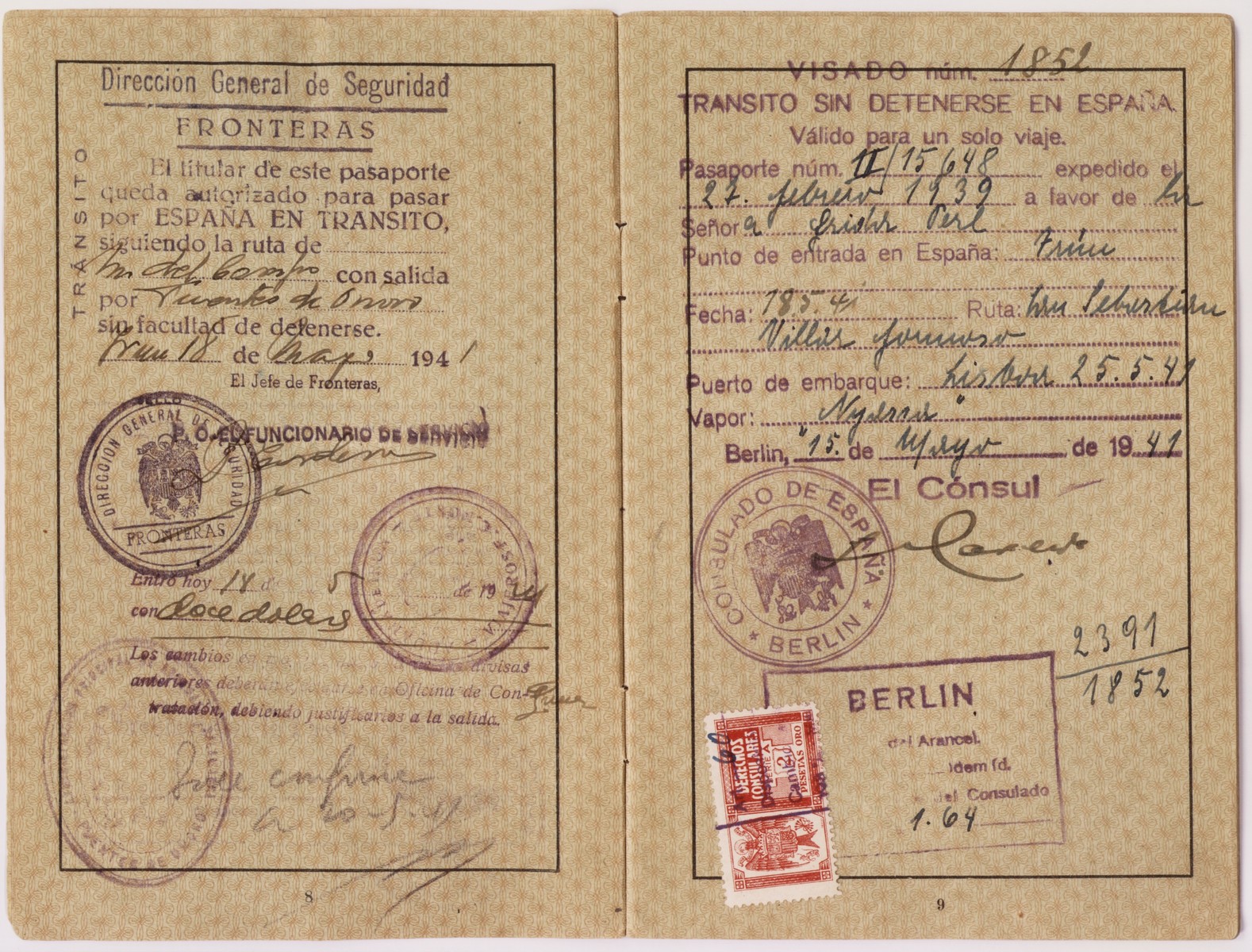 Passport issued to Frida Felicie Perl in February, 1939. It is stamped with a red "J" and includes the middle name Sara in order to identify the owner as Jewish. Ernst used this passport to flee Germany and eventually make his way to the United States.

Ellinor (now Eleanor) and Evelyn Perl, twin sisters, were born in Berlin in 1938 to Ernst and Frieda (nee Heimann) Perl. The family fled to Lisbon via Paris and succeeded in sailing to the United States on board the SS Nyassa on May 25, 1941. They settled in New York where the girls attended a pre-school for Jewish refugee children.