Jewish students in a classroom at the Philanthropin school in Frankfurt. 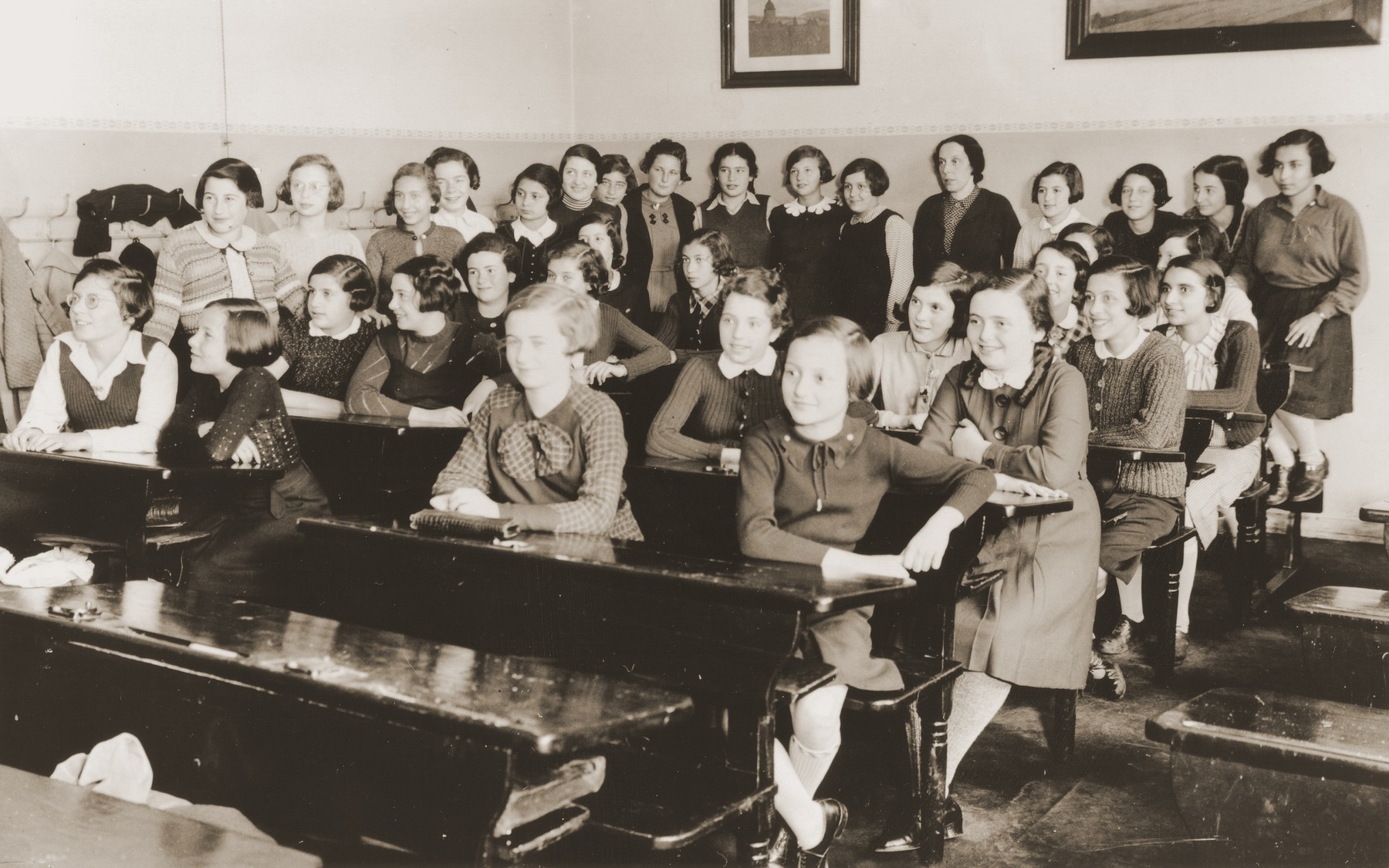 Jewish students in a classroom at the Philanthropin school in Frankfurt.

Lore Gotthelf is pictured second from the right in the second row from the back.