Jewish DPs living in the town of Weiden, Germany, make a pilgrimage to the Flossenbuerg concentration camp on the first or second anniversary of the liberation. 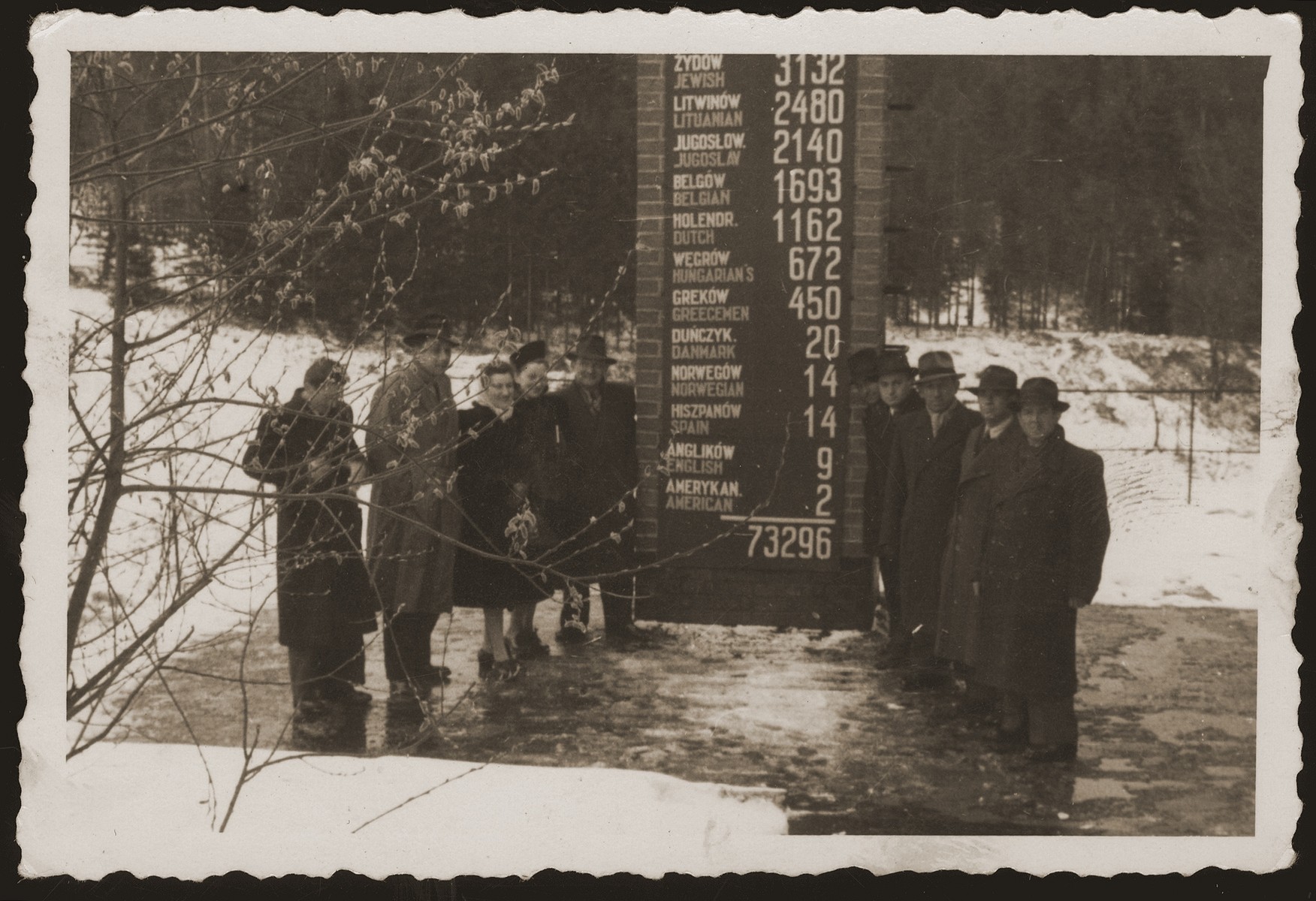 Jewish DPs living in the town of Weiden, Germany, make a pilgrimage to the Flossenbuerg concentration camp on the first or second anniversary of the liberation.

They pose on the roof of the crematorium, next to a memorial listing the number of those who perished in the camp according to nationality. Among those pictured are Helen Chilewicz and Sala Weingarten and her father.