Group portrait of members of the "Biblioteka Tarbut" society in Biala. 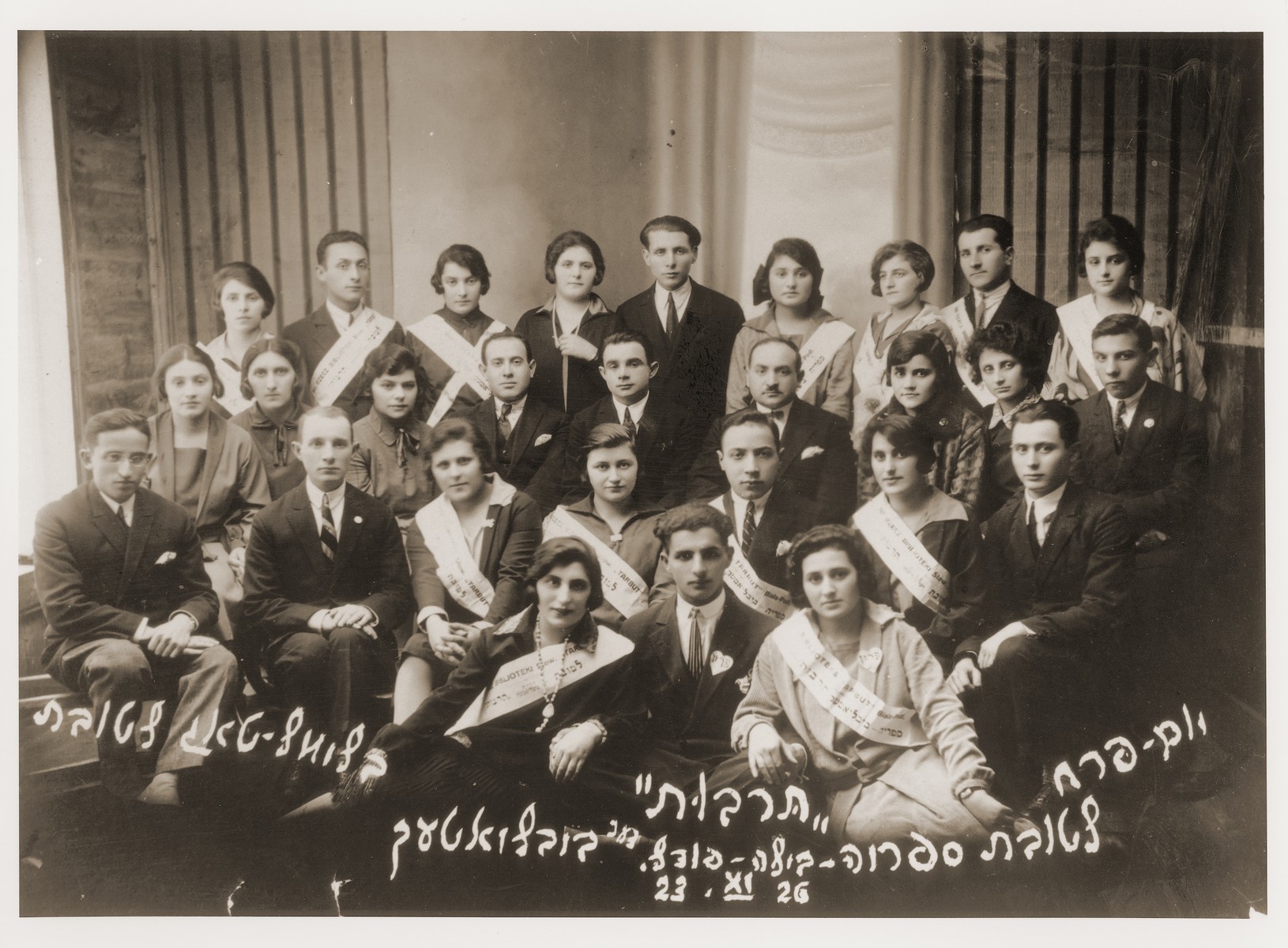 Group portrait of members of the "Biblioteka Tarbut" society in Biala.

Usher Rosenzweig is pictured in the back row, center. Yeruchim Lipitz is in the front row, center.

Biography
Gitta Rosenzweig was the younger child of Udes Zagman (b.1904) and Usher Rosenzweig (b.1905). Usher worked as the town clerk in Biala Podlaska. Her brother Izhak (b. 1933) was shot by Nazis in the streets of Biala Podlaska in 1942. Shortly thereafter, in the fall of 1942, the Jews of Biala Podlaska were deported to to a camp in Miedzyrzec Podlaski. During this deportation march, Udes deposited three and a half-year-old Gitta on the side of the road and instructed her to hide behind a tree until the transport passed. She hoped Gitta would be spared by virtue of her blond hair and blue eyes. Gitta was found by a local farmer who kept her for a short time before transferring her to a Catholic orphanage in Shitniki. There, she was given the name Maria Czekanska. During her three years at the orphanage Gitta knew nothing of her Jewish origins. Udes and Usher were both killed in Treblinka. After the war, Ida Rosenstein (later Koper), a family friend, heard that the Rosenzweig child was seen in the orphanage. She decided to bring Gitta out and reunite her with her uncle, David Zajgman in Paris. Ida found her, but the orphanage did not want to release her since she had already been baptized. With great difficulty, Ida succeeded in obtaining her release from the orphanage; she brought Gitta first to Lodz and then put her on a train to Paris.