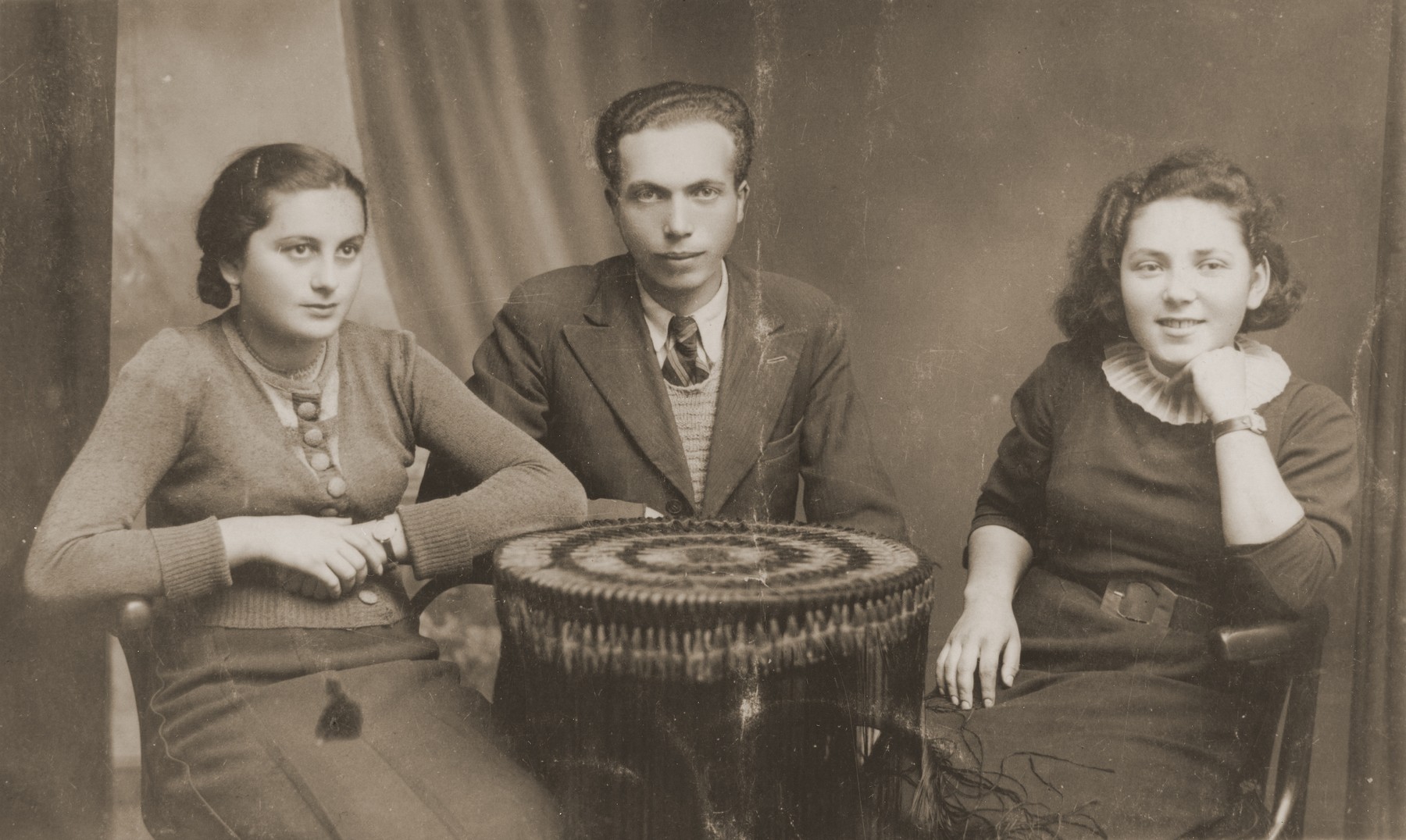 Among those pictured is Basia Gurfein (right).

Biography
Betty Berliner (born Basia Gurfein) is the daughter of Lejzer and Chana (Taubenfeld) Gurfein. She was born in 1924 in Pruchnik, Poland. Her family moved to Lancut in 1937, where her father owned a general store. Basia had five siblings: Cila, Sala, Shmuel Leib, Ita, and Chaim Yankel. Shmuel immigrated to Argentina in 1932. In 1942 during the German occupation, Basia, along with her mother and sister Cila, were boarded on a truck for deportation. Basia managed to jump out and escape, but the others were taken to a nearby tunnel, where they were shot. In 1943 Basia's sister Sala and her children were discovered in their hiding place and killed. After Sala's death, Basia and her youngest sister, Ita, felt responsible for Sala's orphaned nephew, Itzhak, who was no longer safe in his hiding place. They retrieved him and took him to a poor peasant named Jozefa Dudek, who owed Sala a favor. Jozefa hid both Itzhak and Ita in her attic for almost two years. Basia also stayed there often, rotating her place of hiding among several peasant families. In exchange for shelter, Basia knitted sweaters for the families. In July 1944 Basia was liberated by the Soviet Army. She subsequently discovered that her father had been killed in Majdanek, and her brother Chaim Yankel, in the USSR. Soon after the liberation, Basia met Nathan Berliner, a survivor from Kalisz, who had been hiding in the same area. The two were married in Wroclaw in December 1945. Shortly after their wedding Basia and Nathan, along with Sala's nephew, Itzhak, fled to Germany with the Bricha. They lived for several years in the Heidenheim and Landsberg displaced persons camps until they were able to immigrate to the United States in 1950.