Portrait of the Weidenfeld family wearing Jewish badges in the Czernowitz (Cernauti) ghetto, shortly before their deportation to Transnistria. 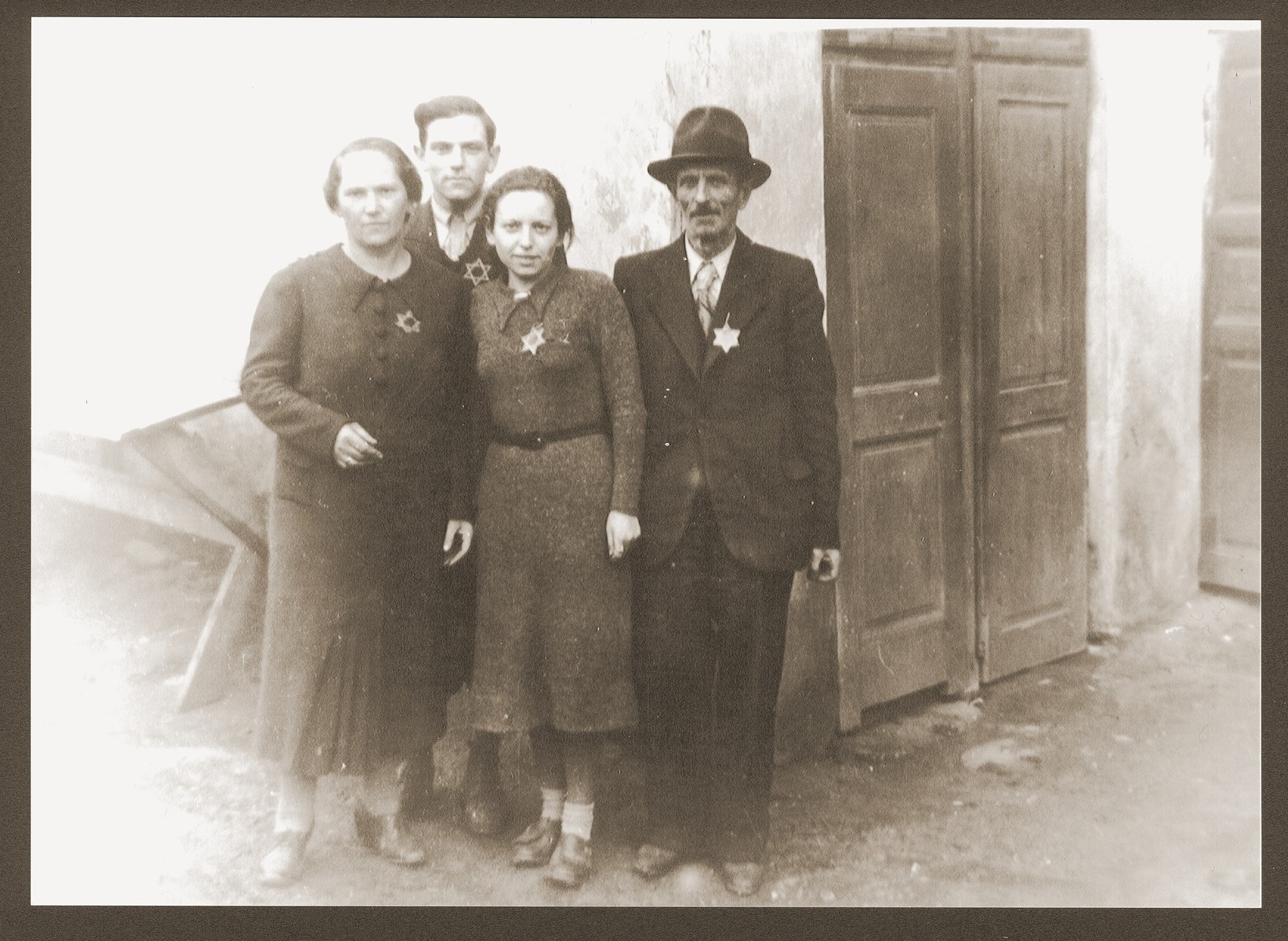 Portrait of the Weidenfeld family wearing Jewish badges in the Czernowitz (Cernauti) ghetto, shortly before their deportation to Transnistria.

Pictured from left to right are Yetty, Meshulem-Ber, Sallie and Simche Weidenfeld.

Biography
Jacob Morgenstern was the son of Max and Susi (Ruckenstein) Morgenstern. He was born February 9, 1925 in Cernauti (Bukovina) Romania, where his father was an accountant. Jacob had a younger sister Jenny (b. 1927). At the beginning of World War II Jacob was living in hiding in Radauti. In October 1941 he was deported to Transnistria, where he was first assigned to a forced labor unit in Obosvka and later worked as a machine operator at the Jagendorf foundry in Mogilev-Podolski. Jacob was liberated in Mogilev by the Red Army on March 19, 1944. On July 3, 1947 he married Sallie Weidenfeld (b. April 19, 1918 in Dorna, Romania), who had been incarcerated with her family in the Cernauti ghetto before being deported to Transnistria. While Sallie's family survived the war, Jacob's parents and sister perished.