A group of Jewish DPs traveling along the Bricha route to the American Zone of Germany, board a box car at the Vienna railroad station. 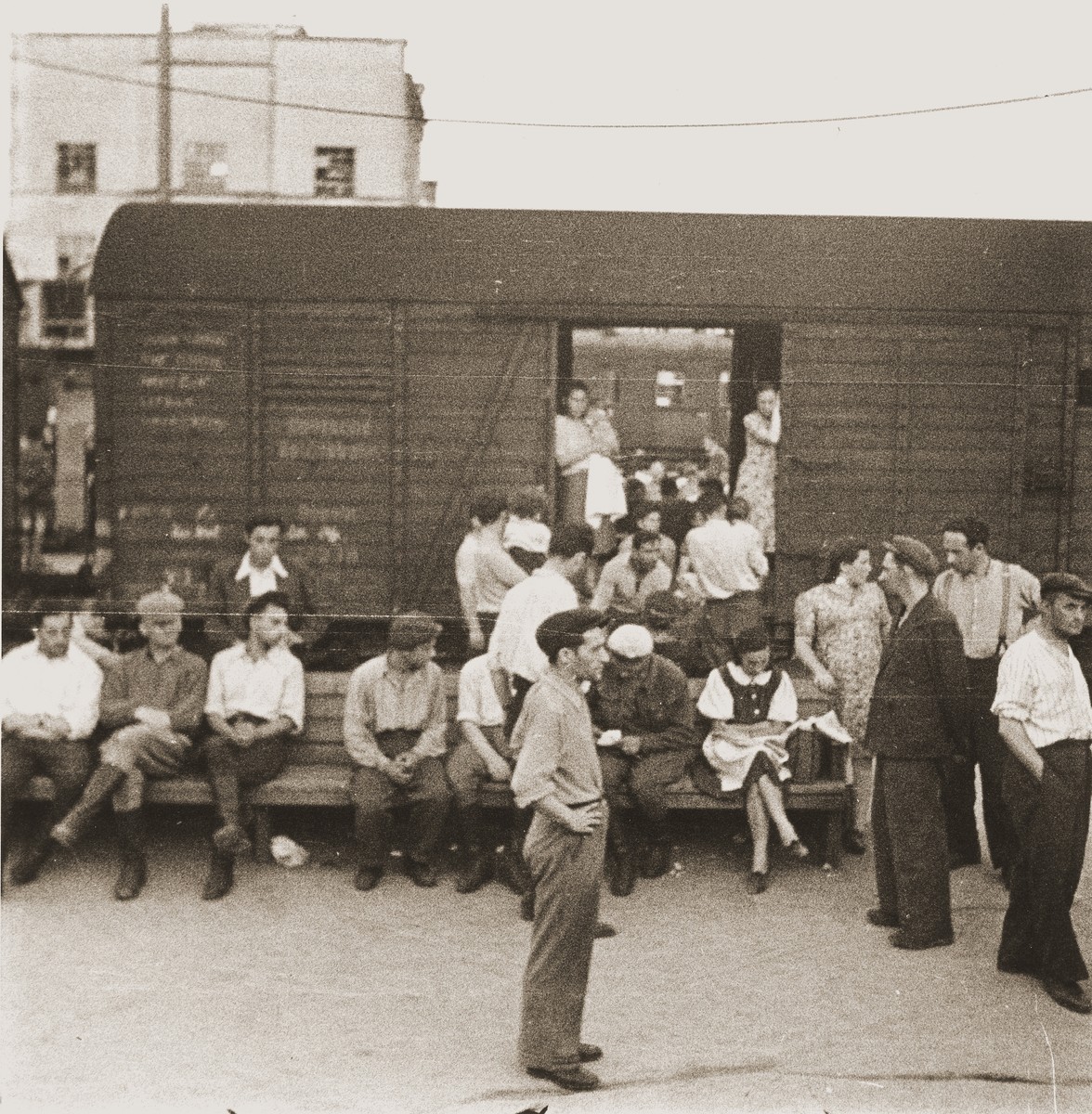 A group of Jewish DPs traveling along the Bricha route to the American Zone of Germany, board a box car at the Vienna railroad station.

Event History
Between July 1945 and May 1948 approximately 250,000 Jewish Holocaust survivors fled from eastern Europe to displaced persons' camps in Germany, Austria and Italy, in what was the largest organized, illegal, mass movement in modern times. Both the movement and the organization that directed its flow are known by the name Bricha [flight]. The Bricha was born when groups of Zionist partisan survivors from eastern Europe, who had attempted unsuccessfully to reach Palestine via Romania, made contact with Jewish Brigade troops stationed in Italy. The soldiers offered them the possibility (although limited and illegal) for reaching Palestine via Italy. Together they established the Bricha in Poland, an organization that quickly came under the direction of Haganah (Jewish underground) emissaries from Palestine. Bricha guides led groups of survivors on specially laid out routes from Poland to Italy and Germany. The transit expenses were covered by the American Jewish Joint Distribution Committee, which also provided food and shelter along the routes. Generally, the Soviet authorities turned a blind eye to the illegal migration, the British were hostile, and the Americans were accepting, because they could not use force to stop the flow. The largest wave of the Bricha occurred in the two months following the Kielce pogrom (July 4, 1946) in which 42 Jews were killed in the wake of a ritual murder charge. Over 90,000 holocaust survivors fled in a movement so sudden that the organization could not contain the flow. The goal of the survivors was to reach the American zone of occupation, where they could seek shelter in DP camps until they were able to find the means to emigrate to Palestine or the New World.
https://encyclopedia.ushmm.org/content/en/article/brihah.