These ice skates were among the few personal belongings Hanni Sondheimer took with her on her journey from Kaunas to Shanghai. Hanni, who was then only a teenager, also carried a pair of red shoes and a picture of Gary Cooper. 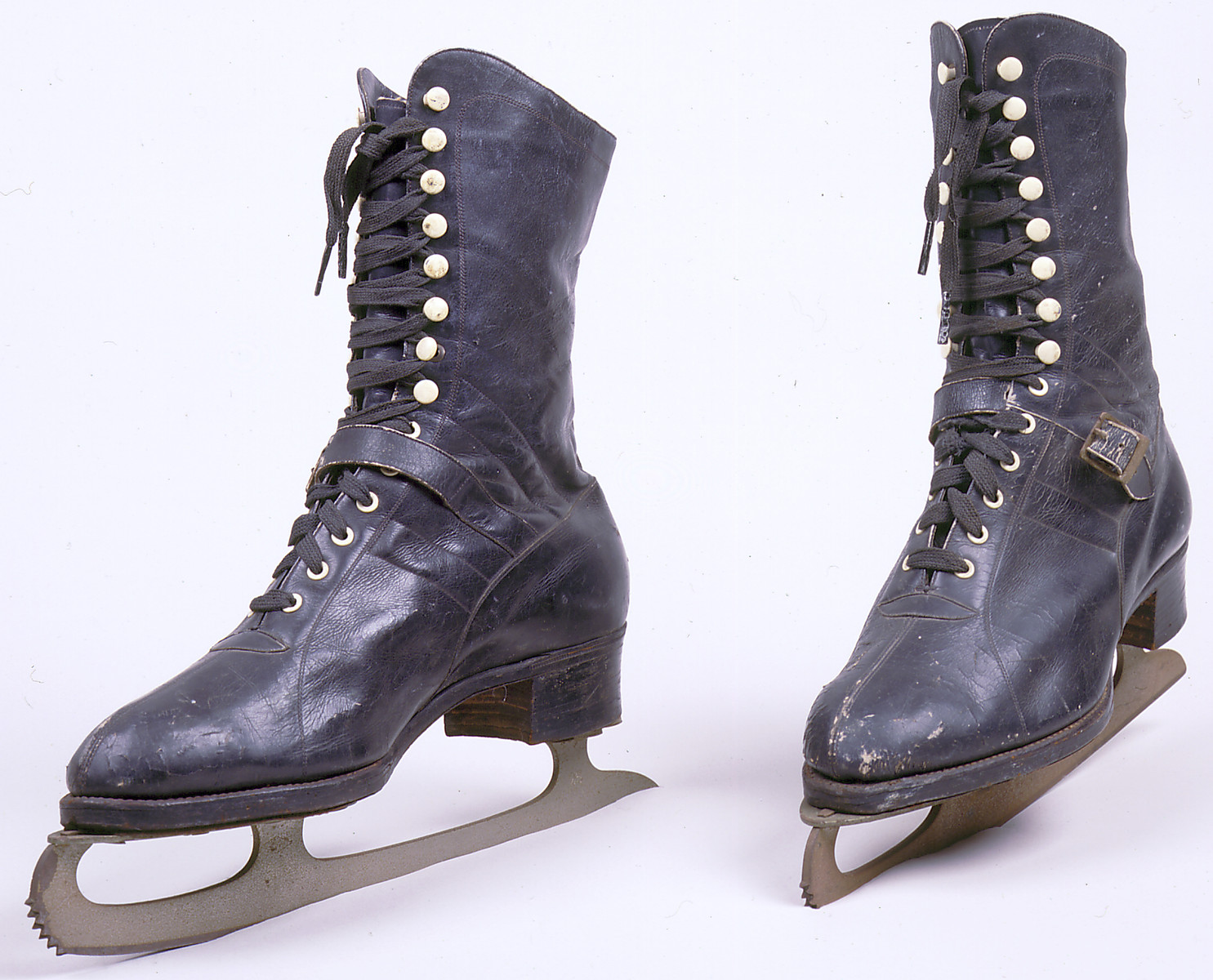 These ice skates were among the few personal belongings Hanni Sondheimer took with her on her journey from Kaunas to Shanghai. Hanni, who was then only a teenager, also carried a pair of red shoes and a picture of Gary Cooper.

Biography
Hanni Lori Sondheimer is the daughter of Moritz and Setty Sondheimer. She was born on October 5, 1923 in Berlin, Germany and has a younger brother, Karl. In 1934, the family fled Nazi Germany and moved to Kaunas, Lithuania. Moritz had owned a leather goods store in Berlin, and in Kaunas he opened a small plastics factory which manufactured combs and buttons. He helped many Polish refugees by employing them in his factory. Hanni first attended a German school in Kaunas but after it became increasingly antisemitic, she transferred to an ORT school to learn millinery skills. After the Soviet take-over of Lithuanian in the summer 1940, the government appropriated Moritz's business, the family's apartment and bank accounts. They decided to emigrate and applied for German passports. Setty had received hers in 1938, and Moritz and Hanni received theirs in July 1940. Karl, Hanni's brother, was listed on his father's passport. After receiving the passports, Hanni was sent first to the Dutch Consul, Zwartendijk to get a final visa to Curacao and then to the Japanese consulate to apply for Japanese transit visas for the family. The Sondheimers were among the few recipients of Sugihara visas who were not Polish citizens. The family next had an interview with the NKVD in order to obtain exit visas and sold their household possessions for ready cash. Just as the family was about to leave in February 1941, Setty became sick, and the family considered delaying trip. Setty went to see Dr. Elkes, a famous physician who later became head of the Kovno ghetto. He gave her a prescription for the journey and advised her to leave while she could. The family went to Moscow and traveled on the Trans-Siberian railroad in relative luxury. However, all their possessions were confiscated in Vladivostok. After their arrival in Japan and they went to Yokohama after being told that Kobe was for Polish Jews. While in Yokohama, Hanni studied stenography and English, and her mother corresponded with her sister in California to try to get American visas. Though the family's American relatives agreed to provide affidavits and landing money, the American consulate refused to grant them visas since they still had relatives in Europe. The family eventually got Ecuadorian visas, but by then the US had entered the war, and they no longer could travel across the Pacific. The Sondheimers were deported to Shanghai in late summer. There, Moritz worked for a White Russian Jewish wool importer as an escort for Chinese coolies, taking goods from the dock and Hanni and Karl worked in a textile factory. After the war, Hanni worked for the U.S. occupation force where she met and married Army Lieutenant Al Gade. She immigrated to Iowa as a war bride in 1946, and her family immigrated to Los Angeles the following year.