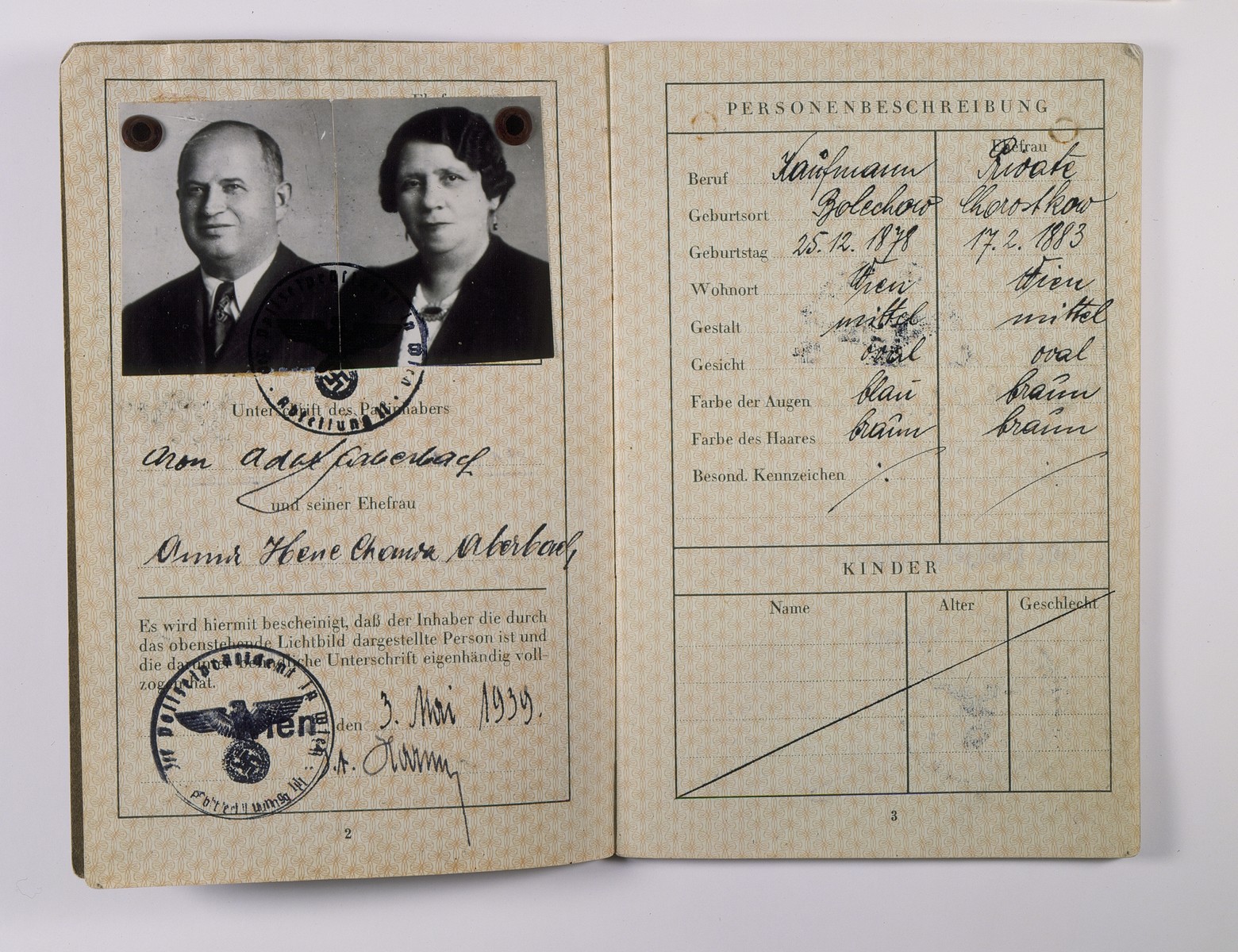 Biography
Adolf [Aron] Aberbach was born in 1878 in Bolechow [Ukraine]. His wife, Anna Aberbach was born in 1883 in Chorostkow [Ukraine]. They were living in Vienna at the time of the Anschluss. Their sons, Julian and Joachim, who were living in the United States, secured visas and entry tickets to Cuba for their parents . Adolf and Anna Aberbach sailed to Cuba aboard the St. Louis. While the ship was in Cuban waters, the two boys took a bus to Miami, from where they went to Cuba. In Cuba, they got ahold of a dinghy to float out to the ship. Denied entry into Cuba, the Aberbach parents disembarked in France. Julian flew to France in an attempt to and eventually succeeded in bringing his parents safely to the United States.