Postcard written by Salo Blechner in the Auschwitz-Monowitz concentration camp to his brother Jakob in Zurich, thanking him for sending parcels. 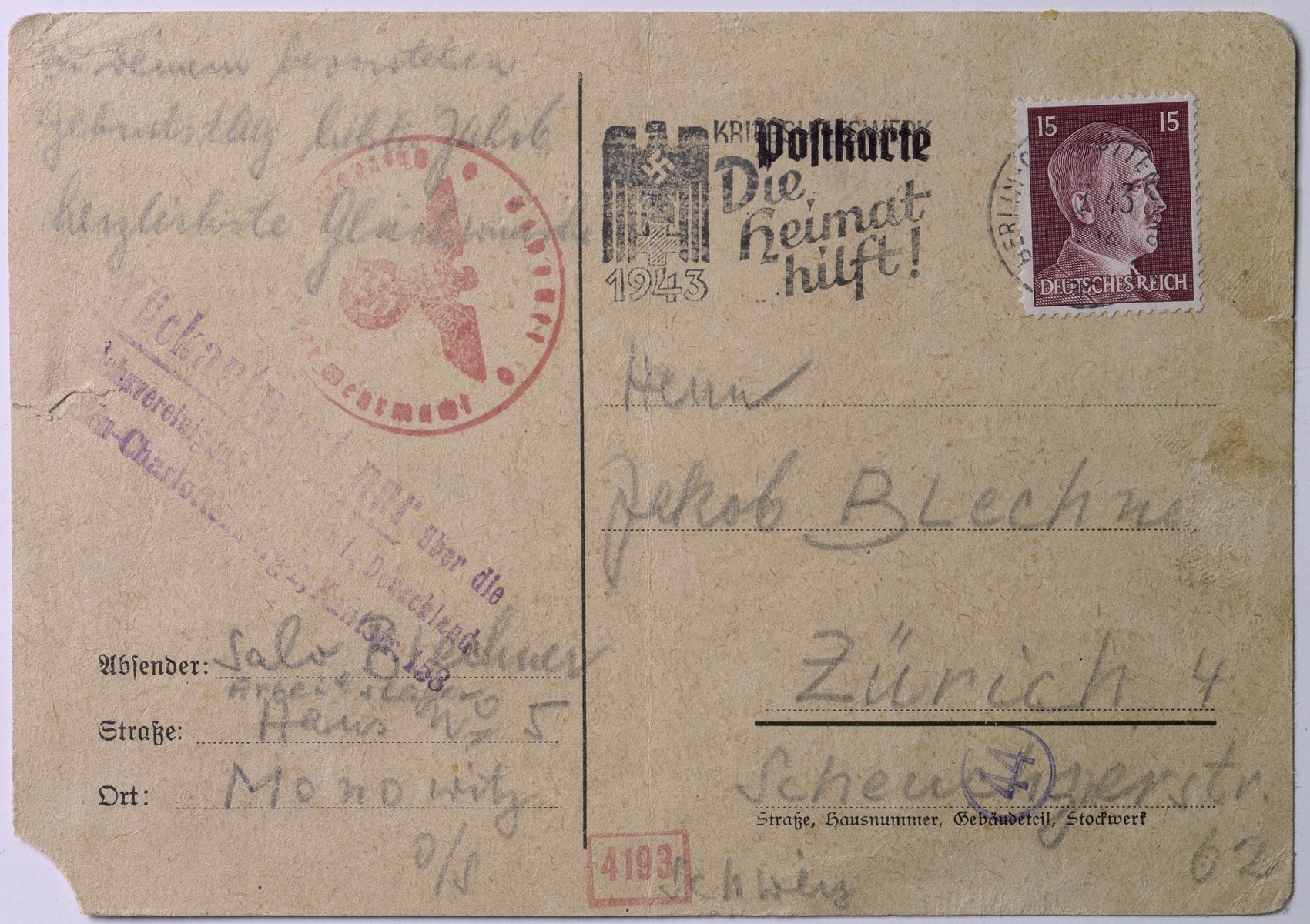 Postcard written by Salo Blechner in the Auschwitz-Monowitz concentration camp to his brother Jakob in Zurich, thanking him for sending parcels.

Biography
Oskar, Salo, Jakob, and Leo Blechner are the four sons of Mordechai (Markus) and Mina Blechner, who moved from Poland to Germany in the interwar period. The four boys were raised in Munich. After the Nazis came to power, Oskar and Salo moved to Berlin, where they worked in a trouser factory. In October 1938 the Blechners were among the 17,000 Polish Jews that were forcibly expelled from the Reich to Poland. Though they managed to return to Germany, they realized they had to make arrangements to emigrate as soon as possible. Leo soon left for the United States, while Jakob immigrated to Switzerland. Salo remained with his parents in Germany, and Oskar secured passage on the St. Louis, planning to wait in Cuba until his number came up on the American quota list for Poles. When the ship was forced to return to Europe, Oskar went to England, where he survived the war in relative safety. Through Jakob, Oskar learned the fate of his family. In late 1939 Swiss border officials refused to allow his parents and brother to enter the country, forcing them to return to Germany. Only days later, Mordechai was arrested and sent to Buchenwald, where he was killed. Salo, too, was arrested and sent to Sachsenhausen. Salo was liberated by the British in Bergen-Belsen on April 15, 1945 after having survived imprisonment at Neuengamme, Auschwitz-Monowitz, and Dora-Mittelbau.