View over the railing of the St. Louis of land and lighthouse with small covered boats in the water. 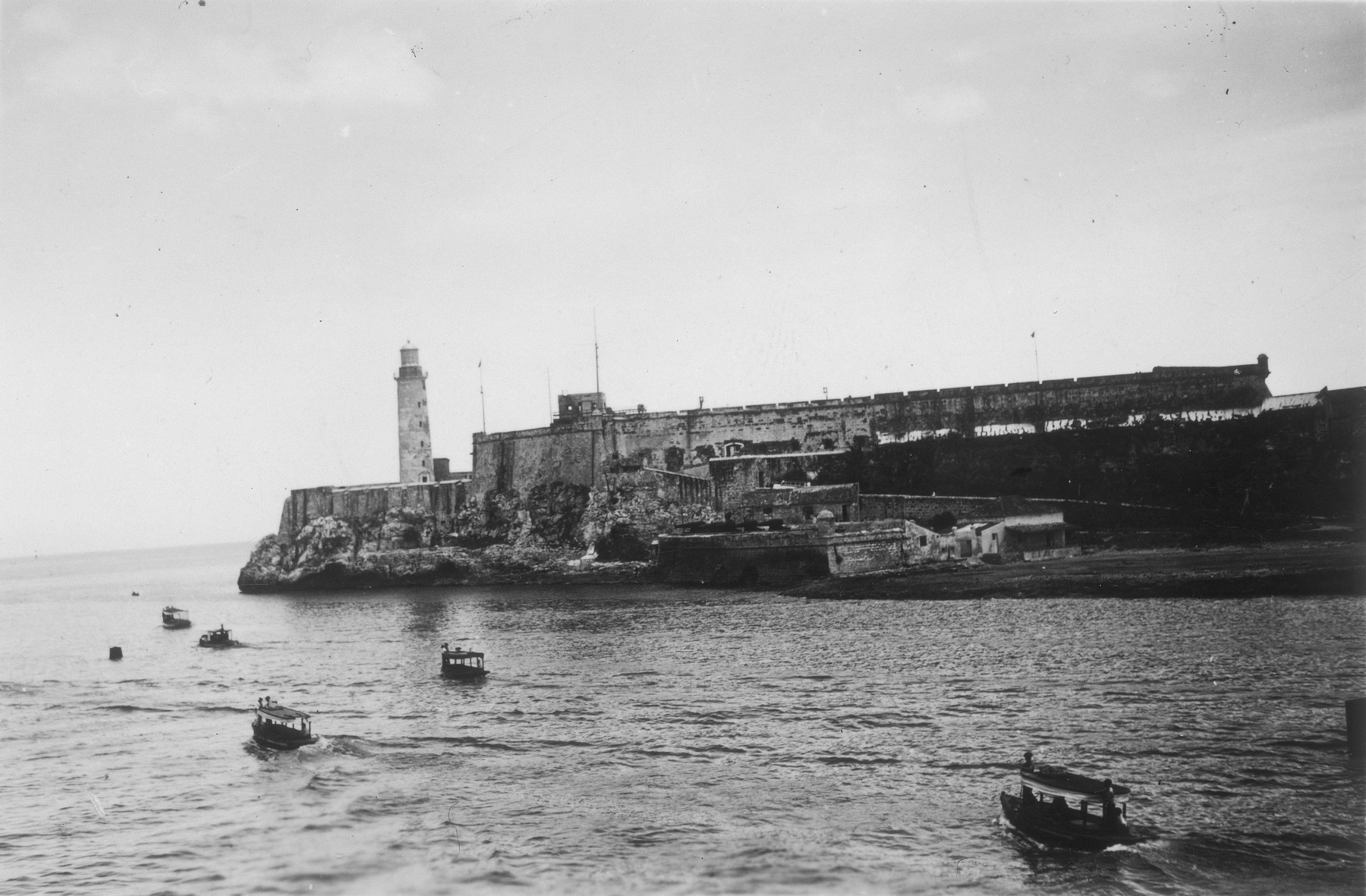 View over the railing of the St. Louis of land and lighthouse with small covered boats in the water.

Event History
The St. Louis was a German luxury liner carrying more than 930 Jewish refugees from Nazi Germany to Cuba in May 1939. When the ship set sail from Hamburg on May 13, 1939, all of its refugee passengers bore legitimate landing certificates for Cuba. However, during the two-week period that the ship was en route to Havana, the landing certificates granted by the Cuban director general of immigration in lieu of regular visas, were invalidated by the pro-fascist Cuban government. When the St. Louis reached Havana on May 27 all but 28 of the Jewish refugees were denied entry. The American Jewish Joint Distribution Committee (JDC) dispatched Lawrence Berenson to Cuba to negotiate with local officials but Cuban president Federico Laredo Bru insisted that the ship leave Havana harbor. The refugees were likewise refused entry into the United States. Thus on June 6 the ship was forced to return to Europe. While en route to Antwerp several European countries were cajoled into taking in the refugees (287 to Great Britain; 214 to Belgium; 224 to France; 181 to the Netherlands). Only those who were accepted by Great Britain found relative safety. The others were soon to be subject once again to Nazi rule with the German invasion of western Europe in the spring of 1940. A fortunate few succeeded in emigrating before this became impossible. In the end, many of the St. Louis passengers who found temporary refuge in Belgium, France and the Netherlands died at the hands of the Nazis, but the majority survived the war.
Biography
Oskar, Salo, Jakob, and Leo Blechner are the four sons of Mordechai (Markus) and Mina Blechner, who moved from Poland to Germany in the interwar period. The four boys were raised in Munich. After the Nazis came to power, Oskar and Salo moved to Berlin, where they worked in a trouser factory. In October 1938 the Blechners were among the 17,000 Polish Jews that were forcibly expelled from the Reich to Poland. Though they managed to return to Germany, they realized they had to make arrangements to emigrate as soon as possible. Leo soon left for the United States, while Jakob immigrated to Switzerland. Salo remained with his parents in Germany, and Oskar secured passage on the St. Louis, planning to wait in Cuba until his number came up on the American quota list for Poles. When the ship was forced to return to Europe, Oskar went to England, where he survived the war in relative safety. Through Jakob, Oskar learned the fate of his family. In late 1939 Swiss border officials refused to allow his parents and brother to enter the country, forcing them to return to Germany. Only days later, Mordechai was arrested and sent to Buchenwald, where he was killed. Salo, too, was arrested and sent to Sachsenhausen. Salo was liberated by the British in Bergen-Belsen on April 15, 1945 after having survived imprisonment at Neuengamme, Auschwitz-Monowitz, and Dora-Mittelbau.