Studio portrait of the family of Leopold and Bella Loeb. 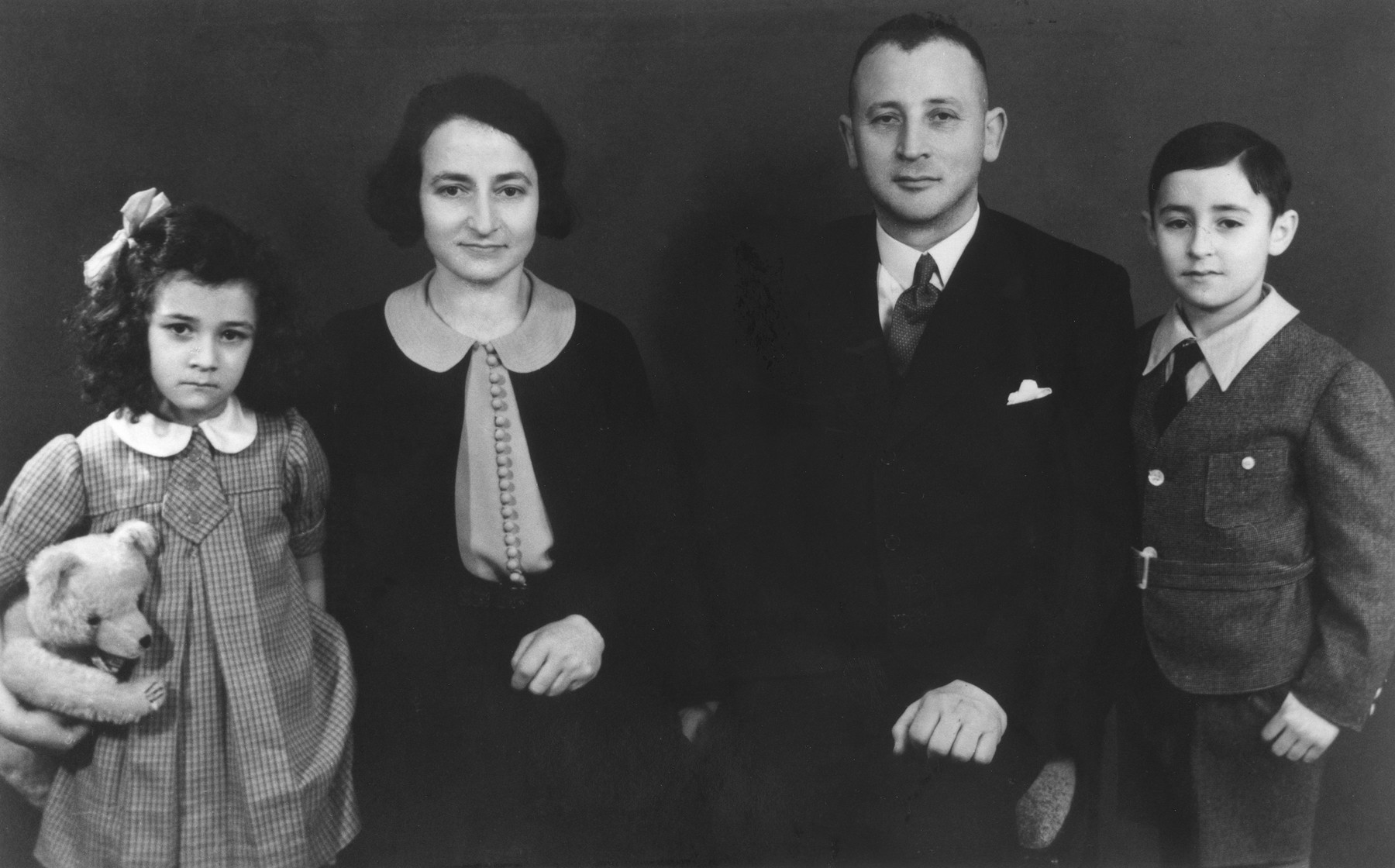 Studio portrait of the family of Leopold and Bella Loeb.

Pictured from left to right are: Ruth, Bella, Leopold, and Armin Leopold.

Biography
Ruth Forest (born Ruth Loeb) is the daughter of Leopold and Bella Loeb. She was born in 1932 in Rastadt, Germany. Leopold was arrested on Kristallnacht and sent to Dachau along with his father, Isidore. Following his release several weeks later, Leopold fled to Cuba, where he remained for six months, before moving on to New York. The rest of the family (including Ruth's paternal grandparents, Isidore and Carolina Loeb) booked passage on the MS St. Louis. When the ship returned to Europe, the family disembarked in Belgium. The Loebs remained in Belgium until May 1940, when they were able to join Leopold in New York.