Farewell dinner for Major Irving Heymont and Captain David Trott marking their departure as administrators of the Landsberg DP camp. 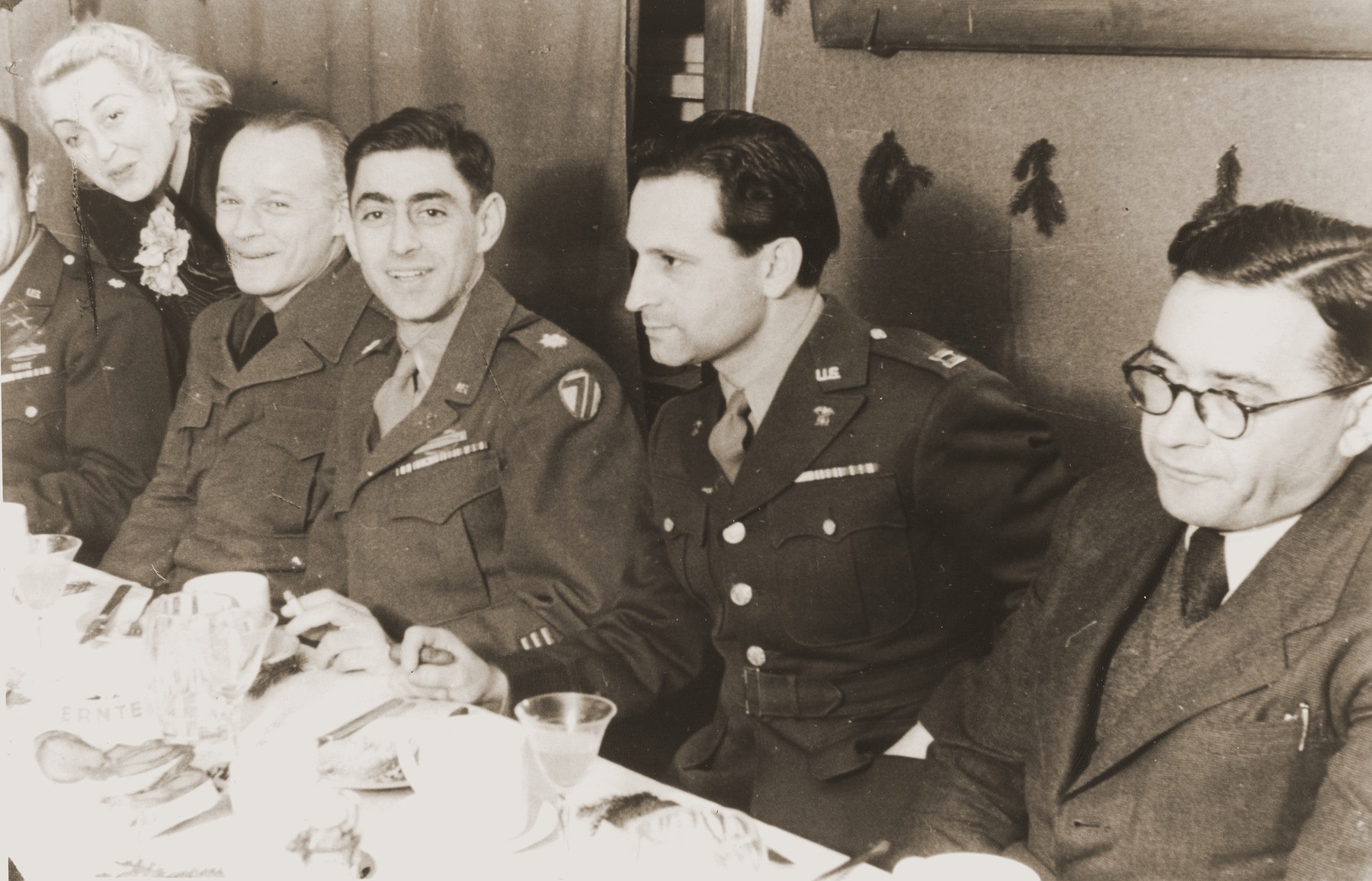 Farewell dinner for Major Irving Heymont and Captain David Trott marking their departure as administrators of the Landsberg DP camp.

Biography
Major Irving Heymont was an officer in the 5th Infantry Regiment of the US army that liberated the Gunskirchen concentration camp, a subcamp of Mauthausen. He was awarded the Silver Star for gallantry in action. When the war ended, he was tasked to run the displaced persons camp in Landsberg, Germany, where he remained during the summer and fall of 1945. He reported to General Onslow Rolfe and eventually to General Craig who succeeded General Patton as head of the Third Army. Heymont was responsible for moving non-Jews out of Landsberg and for abolishing the pass system which had restricted the freedom of movement of the Jewish DPs. He limited the function of the guards at the gate to keeping strangers out; not keeping Jews in. Though Heymont never disclosed his Jewish background to his fellow officers or the Jewish DPs, his work at Landsberg was shaped by the knowledge that "had my father not fled Russia, my family might have been inhabitants of the camp." His letters back to his wife, which were later published, describe the lack of sanitation and poverty of the camps as well as the efforts of Jewish DPs to establish schools and medical care.