Reverse side of a safe conduct travel permit in lieu of a passport for Moritz Schoenberger issued by the prefecture of police in Bouches-du-Rhone. 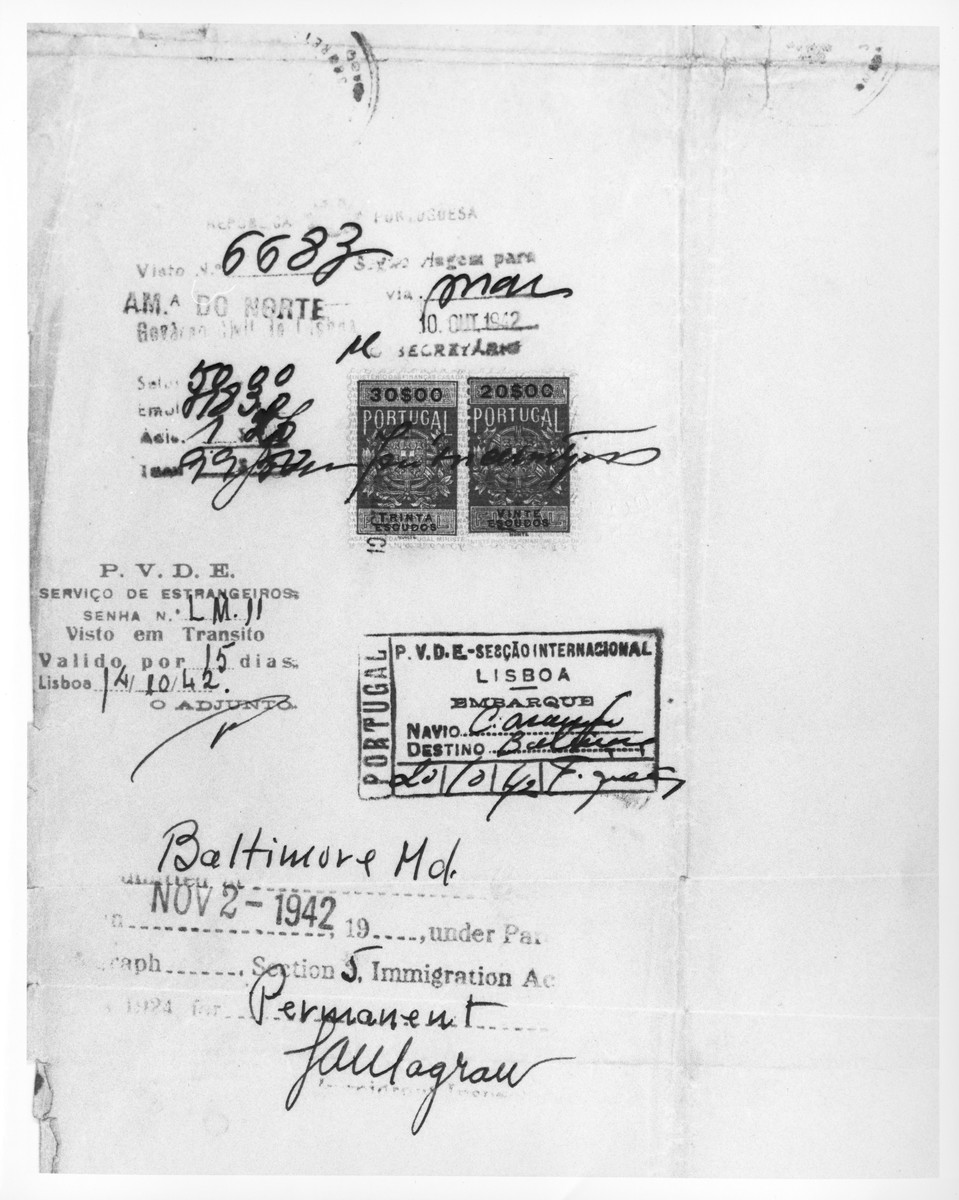 Reverse side of a safe conduct travel permit in lieu of a passport for Moritz Schoenberger issued by the prefecture of police in Bouches-du-Rhone.

Biography
Moritz Schoenberger, the donor's grandfather, was born in Sarvar, Hungary on October 30, 1887. In his youth he moved to Vienna, where he became a commercial artist and vendor of window decorations. Moritz married Helene Rosenthal of Frankfurt am Main and had one child, Bianka. In March 1939, one year after the annexation of Austria, Helen and Bianka left Vienna for the United States aboard the SS Hansa. Moritz planned to follow them a short time later and booked passage on the MS St. Louis. At the conclusion of the ill-fated voyage, Moritz disembarked in Belgium. From there, he made his way to France, where he was later arrested and interned in a series of camps, including Gurs, Les Milles and St. Cyprien. In the meantime, from her new home in the U.S., Moritz' wife, Helene, petitioned American authorities to secure immigration papers for him. The U.S. State Department finally approved his visa in November 1941. However, it took another eleven months before Moritz could acquire an exit visa from the Vichy government and leave the country. From Marseilles he made his way to Lisbon, where he sailed for the United States.