David Ben-Gurion is greeted by Chaim Hoffmann (with his back to the camera) and others during an official visit to the American zone of Germany. 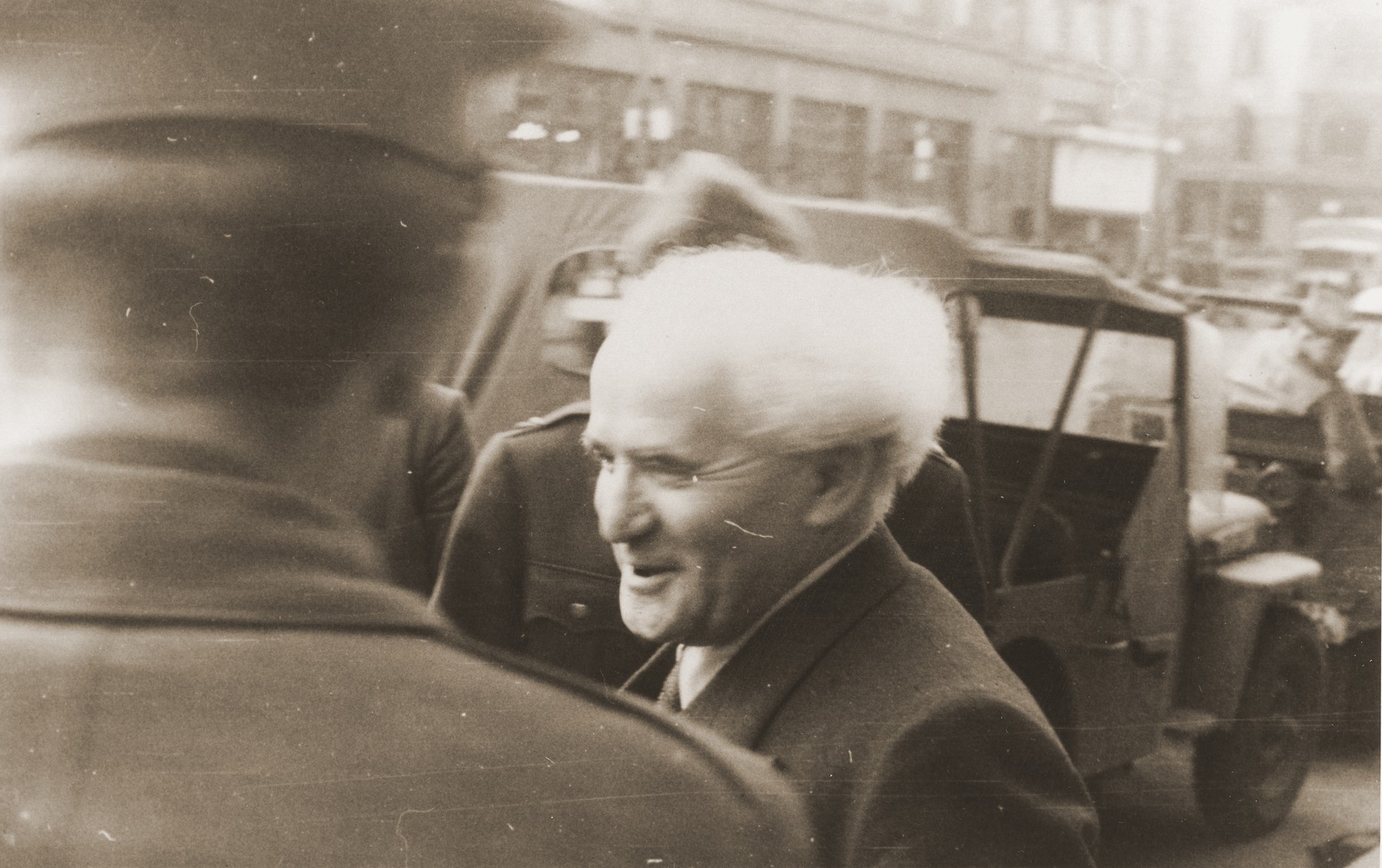 David Ben-Gurion is greeted by Chaim Hoffmann (with his back to the camera) and others during an official visit to the American zone of Germany.

Ben-Gurion is on his way to the Babenhausen bei Aschaffenburg displaced persons camp near Frankfurt.