Group portrait of members of the Akiva Zionist youth group wearing armbands in the Wisnicz ghetto. 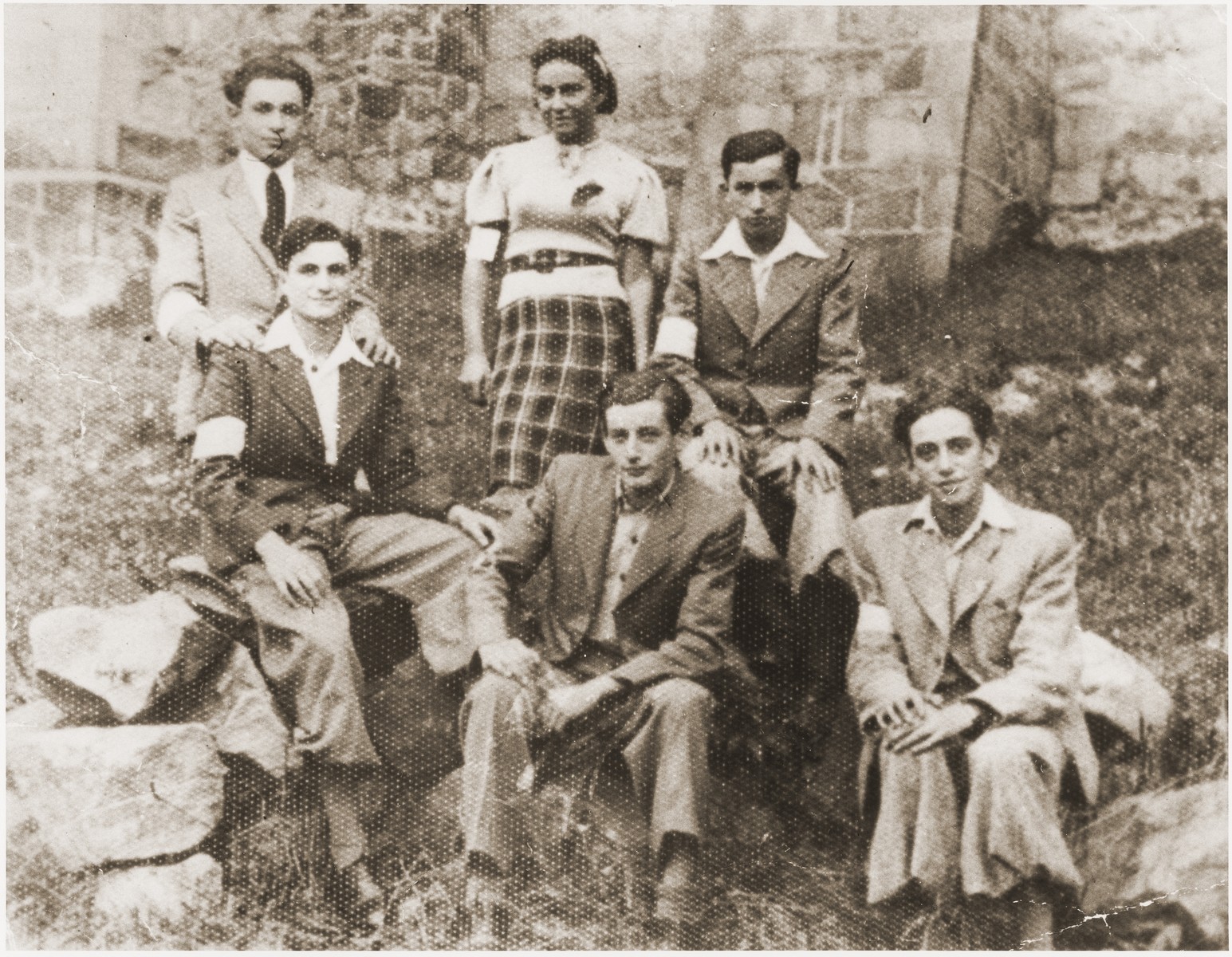 Group portrait of members of the Akiva Zionist youth group wearing armbands in the Wisnicz ghetto.

Among those pictured are: William Wiener, Sala Schoen, Maniek Wiener and Meyer Schoen.