Group portrait of members of a Maccabi sports club in Chorzow, Poland. 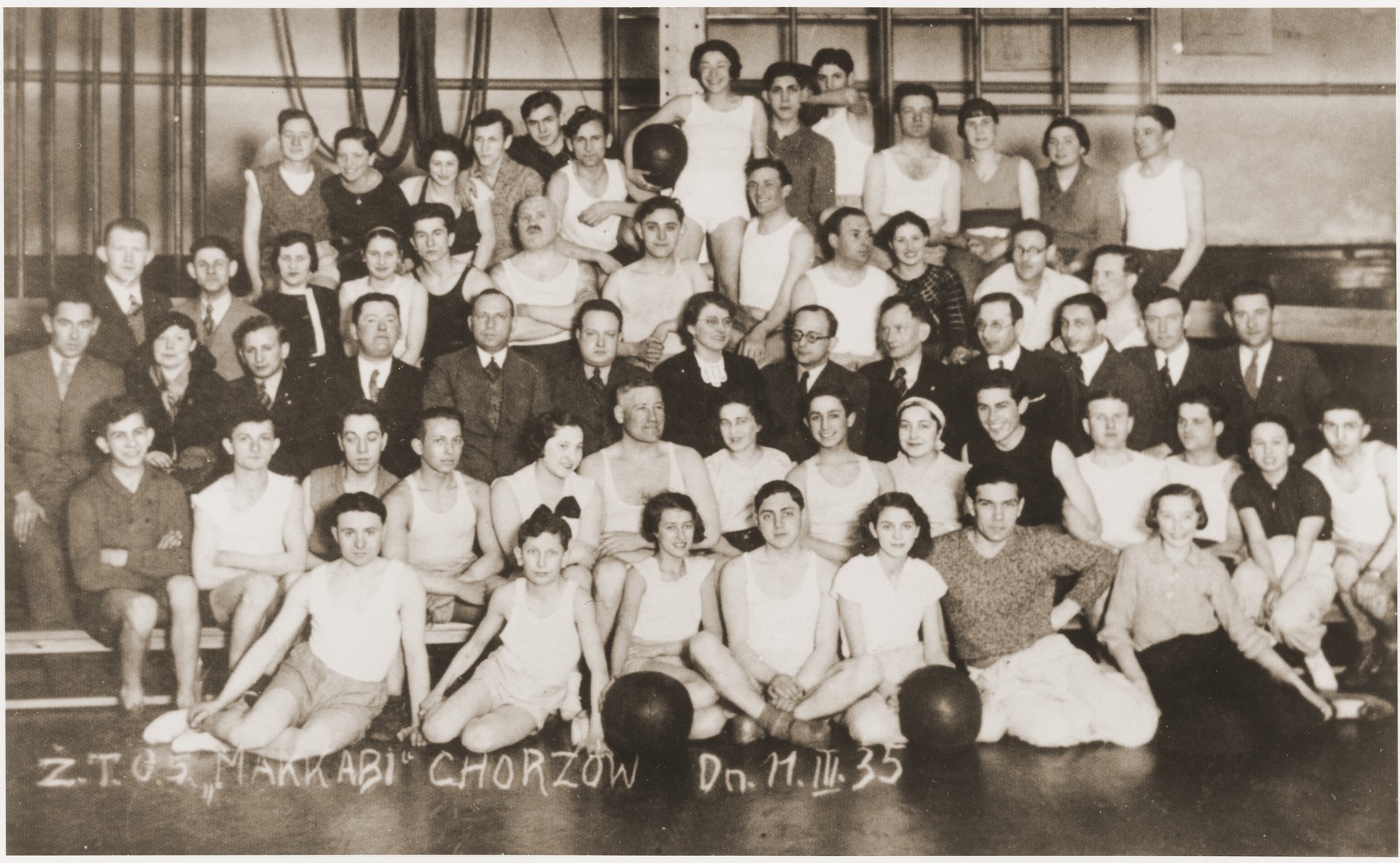 Group portrait of members of a Maccabi sports club in Chorzow, Poland.

Among those pictured is Henryk Wiener (first row, second from the left).