Group portrait of Jewish DPs standing in the snow in the Bergen-Belsen displaced persons camp. 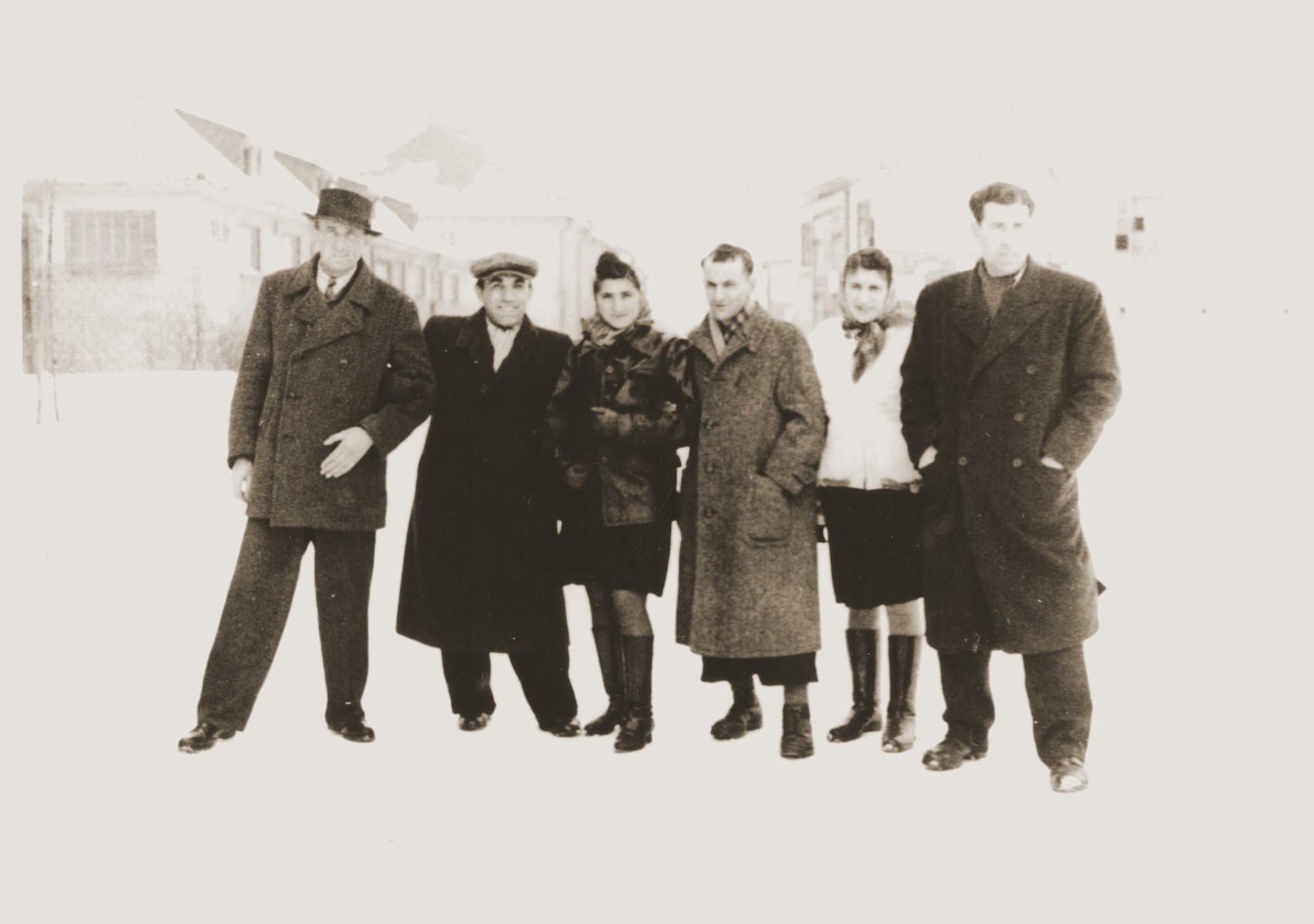 Group portrait of Jewish DPs standing in the snow in the Bergen-Belsen displaced persons camp.

Edek Goldblum was the brother of Izak Goldblum. He was deported from Dabrowa Gornica to Auschwitz during the liquidation of the ghetto in August 1943 along with his sister-in-law Tola Goldblum and her son, Wolf. He passed the initial selection and remained in Auschwitz until its evacuation in January 1945. He was then sent on a death march to Germany, and ended up in Bergen-Belsen during the last weeks of the war. There he met up with his sister Manya and brother-in-law Moishe Broda, and the three were liberated in May. After the war Edek lived for several years in the Bergen-Belsen displaced persons camp.

Manya Marmore (born Manya Goldblum) is the sister of Izak and Edek Goldblum. In 1941-1942 she was taken from the Dabrowa Gornica ghetto to the Gruenberg labor camp in Silesia, and later was deported from there to Auschwitz. She remained in Auschwitz until the camp was evacuated in January 1945. Manya was then sent on a forced march to Germany and ended up in the Bergen-Belsen concentration camp, where she was liberated in May. At Bergen-Belsen she met up with her brother Edek and brother-in-law Moishe Broda. After the war she lived in the Bergen-Belsen displaced persons camp. There she met David Marmor, and the two were married in October 1946.