Portrait of Jewish siblings from Kovno who were reunited at the end of the war. 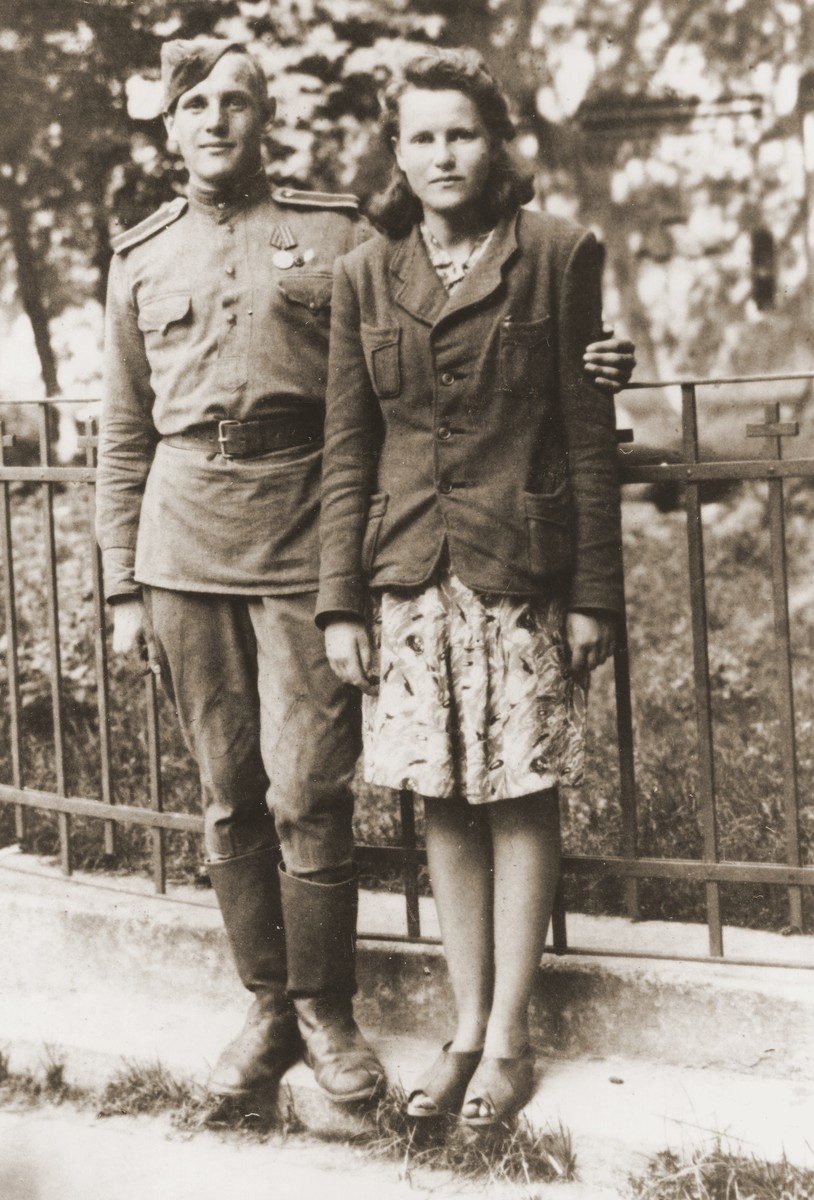 Portrait of Jewish siblings from Kovno who were reunited at the end of the war.

Pictured are Tamara and Victor Lazerson.

Biography
Tamara Rostovsky (born Tamara Lazerson) is the daughter of Wolf and Regina Lazerson. She was born March 6, 1929 in Kovno, where her father was a professor of psychology, and her mother, a pediatrician. Tamara had two brothers, Rudolph and Victor. She grew up in an assimilated Jewish household. The family spoke Lithuanian and celebrated Christian holidays. Following the German invasion of Lithuania, her father and older brother, Rudolph, were captured by Lithuanian nationalists, known as "partisans." They released her father when they learned of his participation in the Lithuanian independence movement, but her brother never returned. The family later learned he was killed at Fort VII on the outskirts of Kovno. Tamara began her diary, at the suggestion of her father, who pointed out that they lived in historic times, soon after her family was forced into the ghetto in the summer of 1941. The first volume of her diary was lost, but the second volume, beginning in September 1942, survived. In the ghetto Tamara worked in various labor brigades and later enrolled in agricultural classes at the vocational school. During this period she learned Yiddish, a smattering of Hebrew and joined the Zionist youth movement, Irgun Brit Zion. Tamara fled the ghetto on April 7, 1944, following the Children's Action of March 27-28. She was hidden on the farm of Vera Eferiene. Tamara survived the war, as did her brother, Victor, who fled the ghetto to join the Soviet army. Both her parents were killed in concentration camps, following the liquidation of the ghetto in the summer of 1944. After the war, Tamara resettled in Kovno, where she finished high school and college and married Michael Rostovsky. In 1971 they immigrated to Israel.