Two men and a woman walk along a street while on vacation in Marienbad, Czechoslovakia. 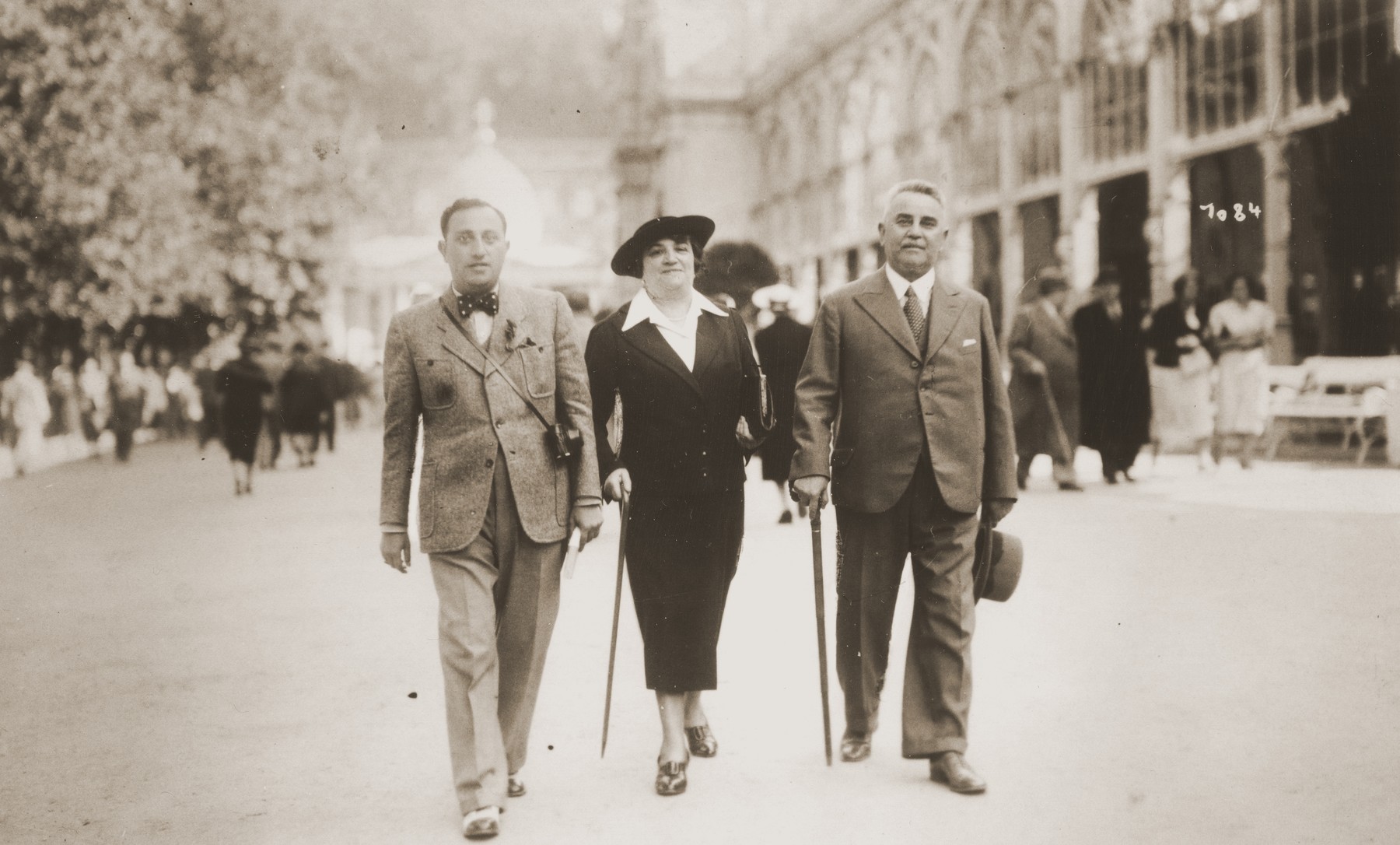 Two men and a woman walk along a street while on vacation in Marienbad, Czechoslovakia.

Julius Reinhold is pictured on the left.

Biography
Feodora Reinhold is the daughter of Julius and Rose (Beer) Reinhold. She was born September 29, 1924 in Mannheim, Germany. Both her father and maternal grandfather were bakers, and the family had lived in Germany for hundreds of years. Feodora had twin sisters, Ruth and Beatrice (b.1921). Beatrice died of natural causes before the war. After being forced to leave school in Nazi Germany, Ruth left for England in 1936. She attended the Bunscott School in Kent run by a German Jewish refugee. In January 1939, Feodora went to England on a Kindertransport and joined her sister in Kent. Julius remarried Jeanne Dornacher, and they visited the girls in England before proceeding on to America. In November 1939, Feodora and Ruth sailed for the U.S. on board the Harding and were reunited with their father and step-mother.