A Jewish DP couple is wed under a canopy at the Foehrenwald displaced persons camp. 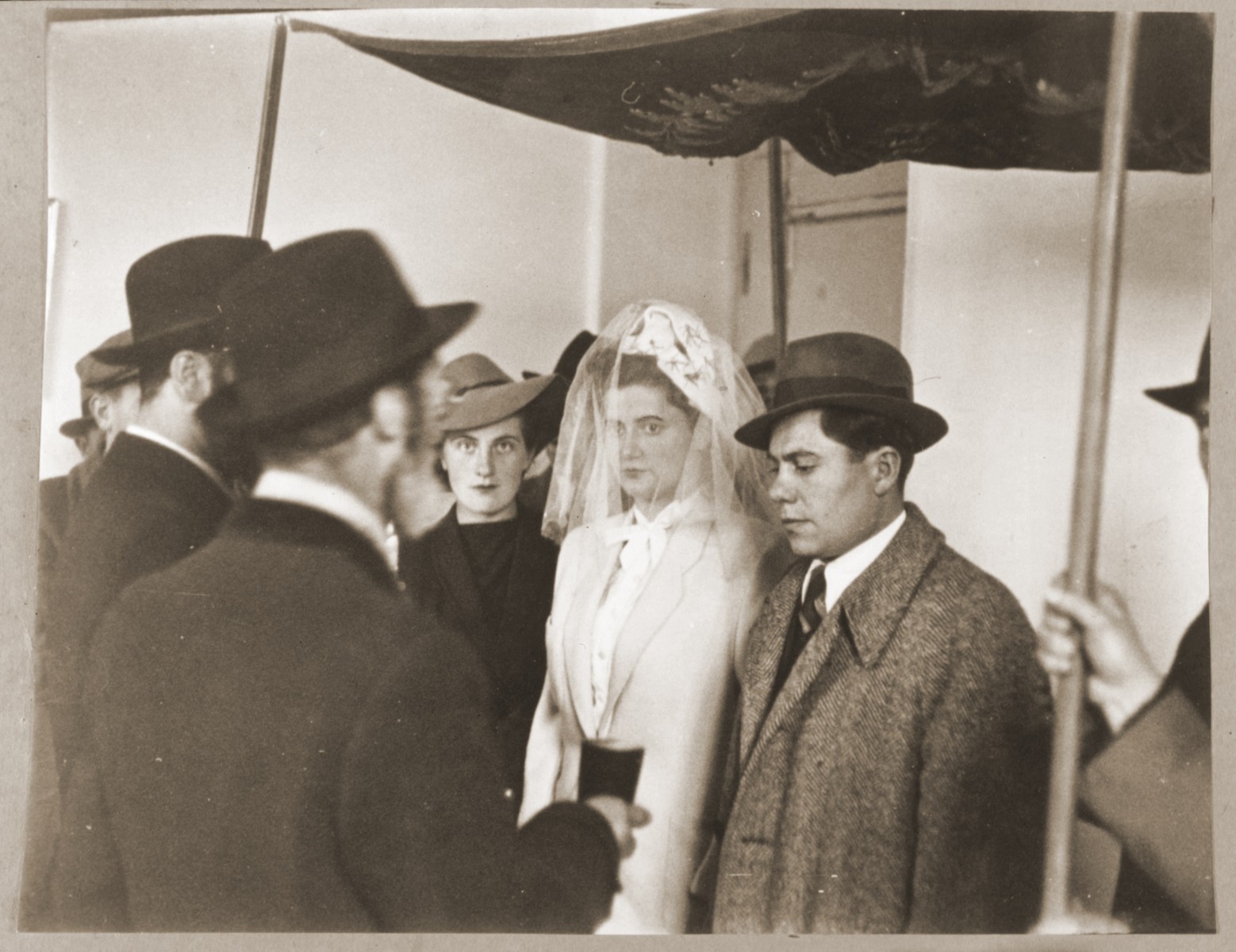 A Jewish DP couple is wed under a canopy at the Foehrenwald displaced persons camp.

The groom and bride are Sam and Regina (Gutman) Spiegel. Ester Korman is pictured in the background.

Biography
Regina Spiegel (born Regina Gutman) was born May 12, 1926 in Radom, Poland, where her father worked as a leather cutter for a large shoe manufacturer. In 1941during the German occupation, the Gutmans were forced to move into the ghetto. There they lived in one small room. Regina's parents decided to smuggle her out of the ghetto by bribing one of the guards. She escaped to Pionki where her older sister lived with her husband. Regina was assigned to forced labor in a munitions factory in town, where she met her future husband, Sam Spiegel, originally from Kozienice. In the fall of 1944 Regina, along with other factory camp prisoners, was deported to Auschwitz, where she stayed for six weeks. She was then transferred to a series of other camps, including Bergen-Belsen and then put on an evacuation train in the direction of Dachau. The train was bombed, and Regina managed to escape into the woods where she lived for two or three days before her liberation by Soviet troops in April 1945. After the war she learned that her sisters, two brothers and parents had perished. She reunited with Sam Spiegel, who had escaped from a death march and was liberated by the Russians on January 27, 1945. They married in the Foehrenwald displaced persons camp.