Meeting of the six-member presidium of an association in the Lampertheim displaced persons camp. 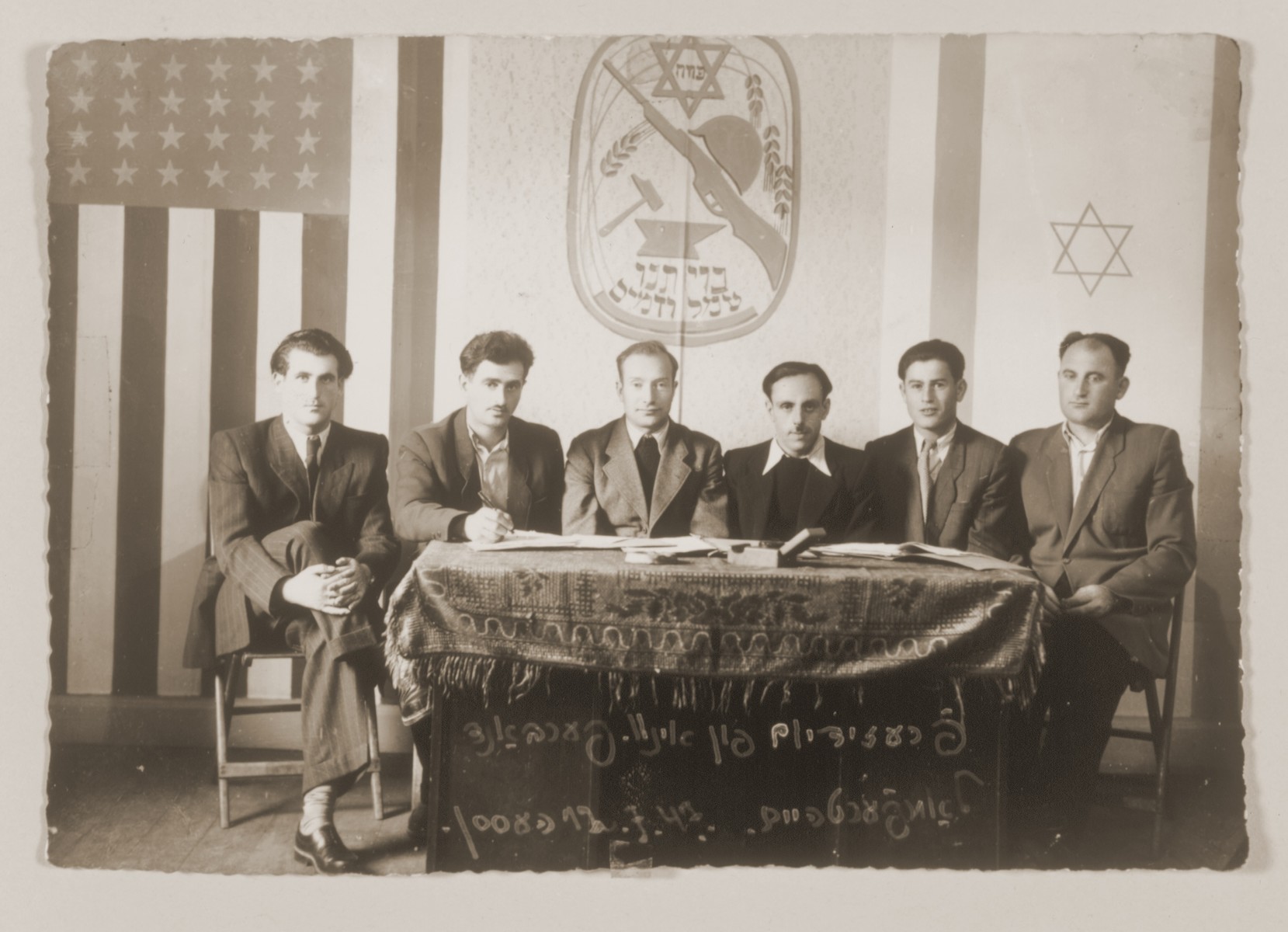 Meeting of the six-member presidium of an association in the Lampertheim displaced persons camp.

The shield above the table bears the motto, "Our covenant, toil and blood."