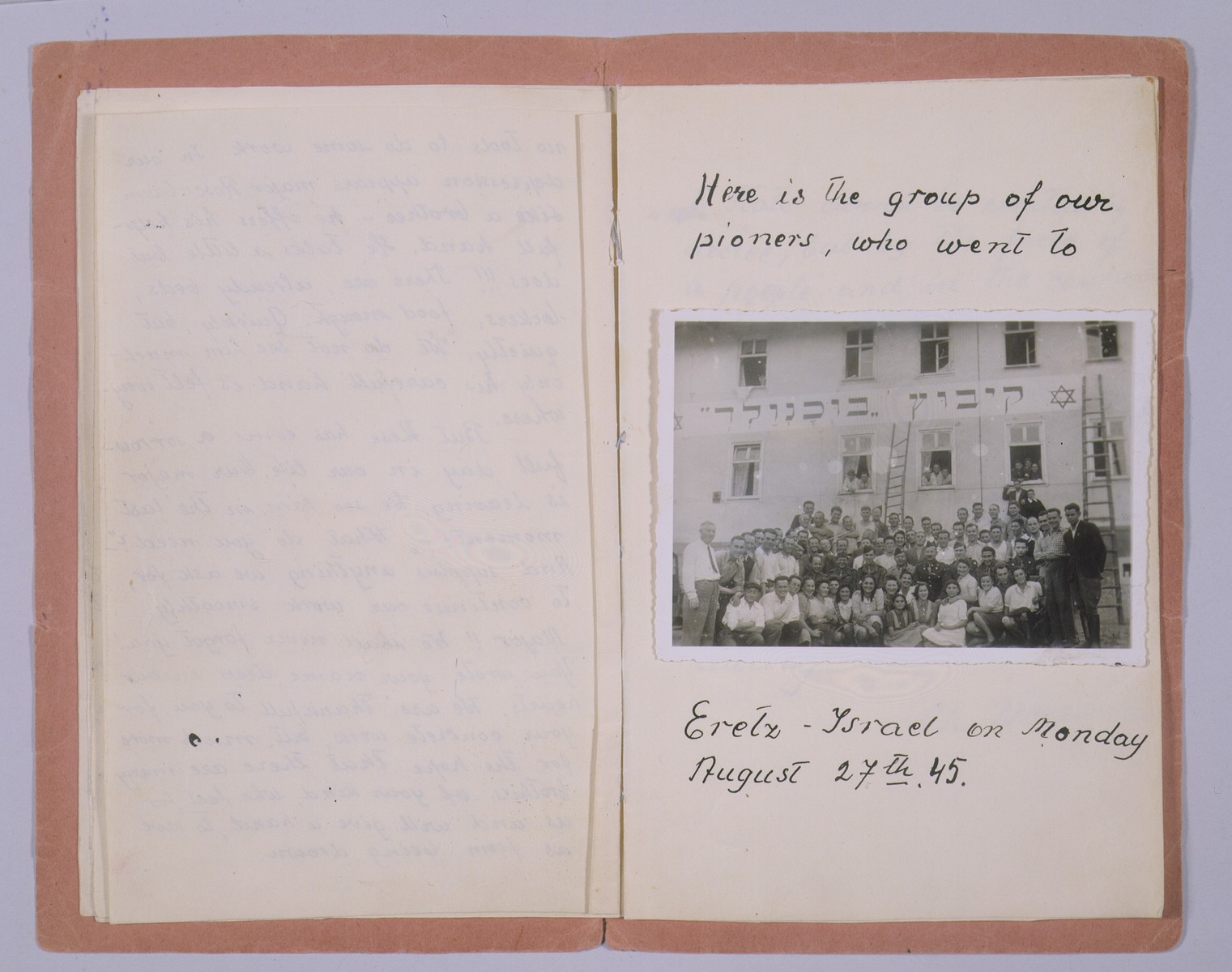 The group in the photograph photograph departed for Palestine on August 27, 1945.